Plus, GM revives Hummer as an electric truck 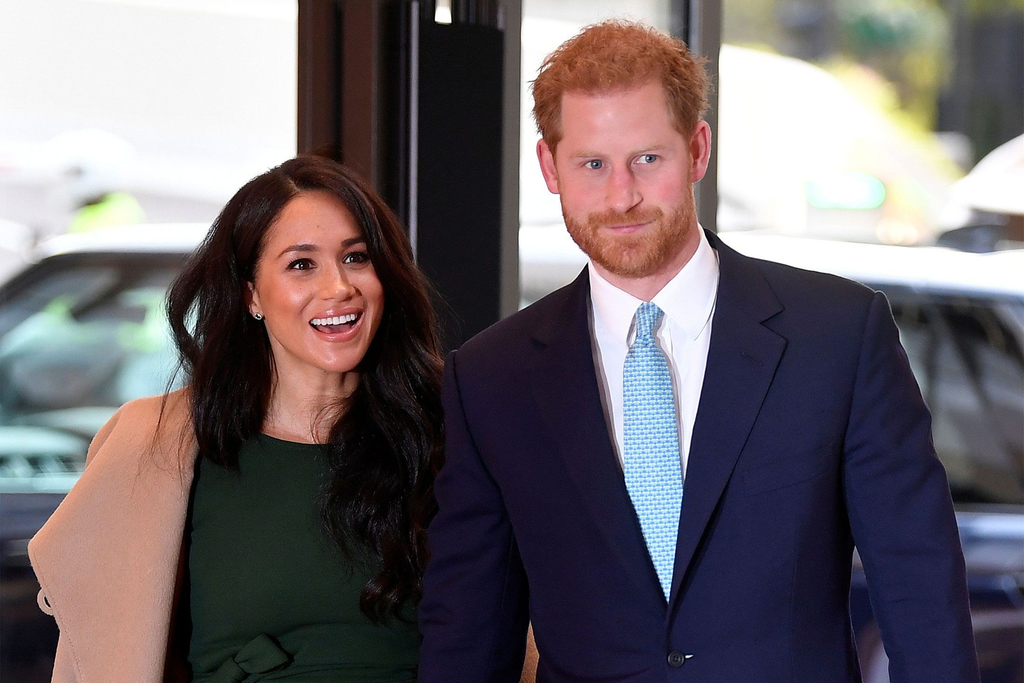 Royal Disney Deal
Among all the acres of coverage this weekend over “Megxit,” one story seems to hint at a possible lucrative career path for Meghan Markle, aka the Duchess of Sussex, if she and Prince Harry exit the Royal Family. The Times of London reports that Markle has signed a voiceover deal with Disney to benefit a wildlife charity. It will “involve the duchess doing a voiceover in return for a donation to Elephants Without Borders, an organization that helps to track and protect the animals from poaching.”

Meanwhile, after the story appeared, British newspapers including The Sun then unearthed a video that appears to show Prince Harry revealing his wife’s interest in voiceovers to Disney CEO Bog Iger back in July at the premiere of “The Lion King.”

Disney has not as yet denied the story. However, whether Markle will be able to use her royal status for commercial gain will depend on the outcome of talks over the future of the royal couple, starting today at a “summit” with Queen Elizabeth, Prince Charles and Prince William.

Ad Age’s Best Places to Work
Ad Age publishes its Best Places to Work 2020 today, in partnership with market research firm Latitude Research. The winning companies give a fascinating insight into what employees value today, such as core employee benefits and a “supportive environment”—although smaller perks matter less to employees than engagement and employee development.

In first place among companies with more than 200 employees is New York digital agency Tinuiti.  Formerly known as Elite SEM, the agency scores highly for its “culture, perks and employee development and engagement,” writes Ad Age’s Jessica Wohl. Staffers have flexible hours and work-from-home options, with 27 percent of employees primarily working remotely.  There’s also unlimited paid time off, and winners of an internal award receive a trip to Nicaragua to volunteer with Tinuiti’s favorite charity, Fabretto. See all the winners here.

GM revives Hummer
General Motors is bringing back its polarizing Hummer brand—but in a different guise. As Bloomberg News and Ad Age report, the Hummer will be reinvented as an electric truck and, according to people familiar with the matter, GM will promote it with a Super Bowl ad starring LeBron James. (GM has yet to confirm the Super Bowl news to Ad Age, but if the ad stars James, it will mark an auto switch for the basketball legend, who has previously appeared in ads for Kia.)

It will certainly be a change of tactics for the brand, formerly seen as a symbol of heavy gasoline consumption. GM halted sales of the Hummer in 2010 after gasoline prices soared and sales of the vehicle having peaked.

Taking the Hummer electric looks like a smart move for GM in these climate-change aware times. Plus, it looks like it will sell the trucks through existing dealerships rather than the costly stand-alone showrooms of the previous Hummer incarnation.

Ad Age at 90
Ad Age celebrated its 90th anniversary this weekend and, as our publication enters its 10th decade, editor Brian Braiker takes a look back at how it all began. While the advertising landscape was different in 1930, Ad Age’s mission remains essentially the same—to record “the news of advertisers, of agencies, of publications and other mediums, and the news of general developments which affect marketing and hence advertising.”

A PR legend passes: Burson-Marsteller co-founder Harold Burson has died at the age of 98, writes Ad Age’s Lindsay Rittenhouse in this week’s Agency Brief. His one-man consultancy founded in 1946 has evolved into today's BCW, currently the third largest PR firm by revenue.

Campaign of the Day: Nike has created its first-ever Chinese New Year ad, and it’s a delightfully comic take on the tradition of “hongbao,” red envelopes often filled with money given to children for good luck. As Ad Age’s I-Hsien Sherwood reports, Wieden & Kennedy Shanghai’s 90-second film is the story of a tenacious auntie and her equally determined niece, who spends years running away from her aunt while trying to refuse the gift out of politeness. Finally, the tables are turned when the niece grows up and tries to gift her auntie, but auntie is prepared, wearing a brand new pair of Nike Kicks. Watch it here.