Boston Beer Co. saw its shares jump after it announced the acquisition valued at $300 million 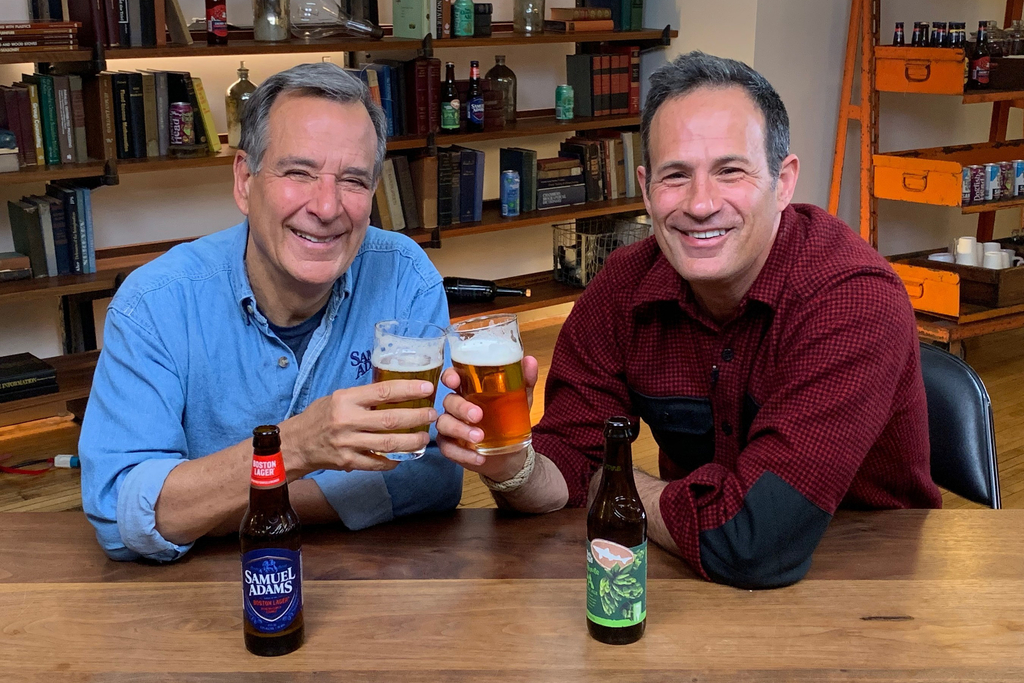 Jim Koch and Sam Calagione with their flagship beers.

Boston Beer Co., the Sam Adams brewer, saw its shares jump after it announced the acquisition of Dogfish Head Brewery in a deal valued at $300 million, combining two well-known craft beer pioneers in the U.S.

It’s the largest acquisition in the history of Boston Beer, which was founded in 1984 and in recent years has added products like Angry Orchard cider, Twisted Tea and spiked seltzer. But until now, the company hadn’t diversified much in beer beyond the original Sam Adams brand.

The rise of brands like Dogfish, started about 23 years ago in Delaware as a tiny craft brewery, have put a dent in the sales of beer-industry leaders like Bud Light and Coors. Now it’s combining with Sam Adams at a time when craft beer, although still growing, has slowed down from its initial boom.

Boston Beer saw an opportunity to pounce, at least in part because the valuation of craft beer companies have come down, according to Chief Executive Officer Dave Burwick.

“We feel like now is the time to fortify and grow our beer business,” the CEO said in an interview. “We’re committed to craft beer for the long term.”
Shares Spike

As part of the transaction, Dogfish founder Sam Calagione and his family will get $127 million in Boston Beer stock, becoming the second largest non-institutional shareholders after Jim Koch, the founder of Boston Beer. The deal also includes $173 million in cash that is primarily being used to buy out a stake in Dogfish held by the private equity firm LNK Partners, according to Burwick.

The purchase will give Boston Beer a bigger presence in IPA and sour beer, two popular styles, the CEO said. The brand Sam Adams has struggled as some drinkers turn away from beer in the U.S.—Americans drank less alcohol each of the last three years, with the giant light brands leading the decline.

New demographic
The acquisition should help the company reconnect with younger drinkers, according to a research note from Guggenheim. Millennial and Generation Z drinkers outnumber Generation X, and Dogfish Head has been targeting “health-conscious” beer-drinkers with a lower calorie IPA, analyst Laurent Grandet said.

Despite the beer struggles, Boston Beer has gotten a boost from its non-beer drinks, including Truly, its brand of hard seltzer.

Dogfish has grown into a top-20 craft brewery, according to the companies. The brand expects to post net sales of about $115 million this year, they said in a statement.