Nike is Ad Age's Marketer of the Year and Samsung is the world's biggest advertiser: Monday Wake-Up Call 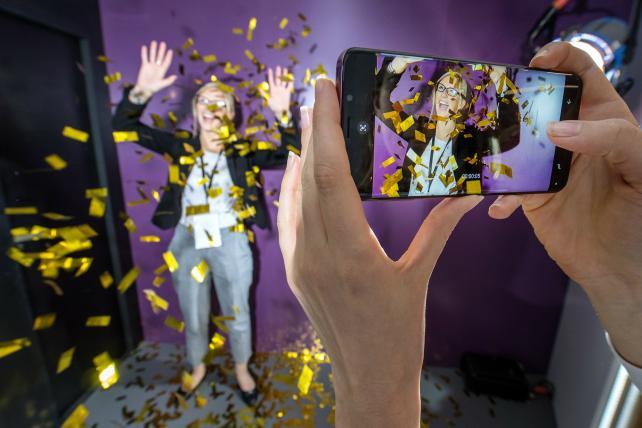 What people are talking about today
Tribune Media Co. reportedly has a buyer. Nexstar Media Group, which owns over 170 TV stations, has agreed to purchase Tribune Media, which has more than 40 local stations, Reuters reports, citing unnamed sources. The deal is worth $4.1 billion, would create the largest local U.S. TV station operator, and could be officially announced today, Reuters says. These have been tumultuous times for Tribune Media; Sinclair Broadcast Group tried to buy it, but things got messy and the deal fell apart. By the way, if you're confused: Tribune Media is separate from Tribune Publishing, the newspaper publisher formerly known by the inelegant name of Tronc, which also has been weighing bids from potential buyers. Yes, these are head-spinning, complicated times for media companies.

Marketer of the Year

By putting Colin Kaepernick at the center of a major campaign, Nike pulled off a bold and risky move that marketers will be talking about (and emulating) for years. "The company proved it pays to take a stand, and it put to shame mealy-mouthed brands that claim to plug into culture but fall short with marketing that fails to portray a point of view on anything at all," Ad Age's E.J. Schultz and Adrianne Pasquarelli write. For taking a risk on the controversial leader of the NFL's anthem protests, and for boosting sales among its target audience, Nike is Ad Age's Marketer of the Year. Also check out our entire Marketer A-List, featuring stalwarts (Coca-Cola, Walmart) but also upstarts, including cosmetics line Fenty Beauty, video game Fortnite and cannabis retailer MedMen.

Big spender
Procter & Gamble no longer holds the title of the world's biggest ad spender. According to the annual Ad Age World's Largest Advertisers report, Samsung Electronics came out on top this time, spending $11.2 billion on advertising and sales promotion in 2017, as Bradley Johnson of Ad Age's Datacenter writes. Among the top 100 spenders, the fastest growth came from Chinese tech giant Alibaba Group Holding, which more than doubled its annual ad and promotional spend to hit $2.7 billion.
Also: "Three top ad forecasters—GroupM, Magna Global and Zenith—are tempering expectations for ad spending next year, and one predicts that digital spend might finally be slowing down," Ad Age's Megan Graham writes.

'Endless scroll'
In case you missed it, NBC's "Saturday Night Live" made an amusing fake Netflix ad mocking the company's attempt at global domination of human eyeballs. "We're spending billions of dollars and making every show in the world," the faux announcer says. (The billions of dollars part, of course, is true.) "Our goal is the endless scroll," the voiceover says. "By the time you reach the bottom of our menu, there are new shows at the top." The spot also features enticing previews for fake shows to cater to every niche, so for those who like "Comedians in Cars Getting Coffee," there's also "Leslie Jones in a Van Getting Batteries." (Confession: We'd totally watch that.)

Just briefly:
Buffy's back: "Facebook is playing the nostalgia card in its latest bid to drive up video viewing and video ad sales: using TV reruns," Variety reports. It's streaming "Buffy the Vampire Slayer," "Angel" and "Firefly" on Facebook Watch for free to U.S. users.

Tough times in print media: Sunset magazine "is struggling amid declining ad sales and management missteps," the Los Angeles Times reports. The report says five editors, including the editor-in-chief, have recently quit, and "some freelance reporters haven't been paid for months."

No humans needed: Amazon is testing its cashier-less technology for use in bigger settings than its current Amazon Go convenience stores, The Wall Street Journal reports. "It is unclear whether Amazon intends to use the technology for Whole Foods, although that is the most likely application if executives can make it work," The Journal says.

Number of the day: The National Retail Federation says overall holiday shopping could rise up to 4.8 percent to hit $720.9 billion. Read more by Adrianne Pasquarelli in Ad Age.

Ad of the day: The holidays are supposedly heart-warming, but quite often they induce heartburn. An ad for Scandinavian hardware chain Clas Ohlson cleverly illustrates holiday stress with inanimate objects coming to life, like a stuffed toy that gets pulled apart by greedy stressed-out Christmas shoppers, and a gingerbread man that gets burnt to a crisp by a harried cook. Moral of the story: Clas Ohlson has everything you need, so chill out. Read more by Ad Age's Alexandra Jardine, and watch the spot here.