David Friedman Will Stay Through Holidays to Assist With Transition
READ THIS NEXT
Agency workers are fleeing cities, and Facebook promises to crack down on white nationalism: Friday Wake-Up Call

A correction has been appended to this article; see below.

David Friedman, senior VP-president of Sears Holdings' marketing business unit, will be leaving the company in January, at the end of the company's fiscal year. 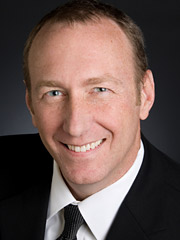 His departure was announced in tandem with the news that Imran Jooma, senior VP-president eCommerce at Sears Holdings, will take responsibility for the online, marketing, financial services and pricing business units.

CEO Lou D'Ambrosio made the announcement in an internal memo, noting that management will continue to hone the organization to better deliver "excellence."

"These areas share complementary and synergistic elements and deliver important value to our customers and company," Mr. D'Ambrosio wrote. "Providing consistent leadership across these business units will enable us to move with greater speed to drive results."

"Dave's leadership has been critical, as we have continued to develop the Shop Your Way Rewards program, established Targeted Interactions and continued to improve our marketing capabilities," Mr. D'Ambrosio added in a note to the marketing team.

Mr. Friedman joined the retailer from Razorfish in September of last year to manage the marketing business unit. Both the Sears and Kmart marketing teams reported to him. It's not clear whether Mr. Friedman's role will be eliminated following his departure. "We're looking at a variety of options tied to his departure," said a Sears Holdings spokesman. "That said, David is very committed to helping Imran and the team through this transition. David and the marketing leadership team will be working closely with Imran to deliver an exceptional holiday shopping experience for our customers."

The news of Mr. Friedman's impending departure likely presents questions about the future of the company's agencies. Already the retailer is on the hunt for a Kmart CMO. And Monica Woo just joined as the CMO for Sears Roebuck in August. Rumors have swirled around the stability of the Kmart account, particularly in regard to DraftFCB, which has handled creative for the retailer since 2007. Ad Age reported in May that Minneapolis-based Peterson Milla Hooks took some of the business that DraftFCB had, namely the apparel and home business. But Kmart has done its best to squash those rumors. Last month, the retailer told Ad Age that DraftFCB remains Kmart's lead strategic agency.

The Kmart agency moves happened separately from a larger Sears review earlier this year. McGarryBowen was appointed lead creative agency on the Sears brand, which had been at WPP's Y&R Chicago since 1993. Y&R remains on the roster for the Craftsman, Kenmore and Die Hard brands, as well as some other Sears business units.

In an earlier version of this article, David Friedman was referred to incorrectly as the CMO. He is senior VP-president of the marketing business unit.