Skechers is bracing for a potential multi-million dollar settlement with the Federal Trade Commission, regarding advertising of its Shape-Ups toning footwear. 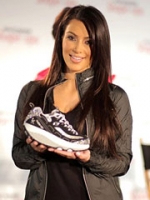 In its quarterly filing with the Securities and Exchange Commission, the footwear company acknowledged that the toning category, including Shape-Ups, have come under significant scrutiny, including "highly publicized negative professional opinions, some negative publicity and media attention, personal injury lawsuits and attorneys publicly marketing their services to consumers who were allegedly aggrieved by the marketing of our toning products or injured by Shape-ups."

Skechers said it is responding to requests for information regarding its claims and advertising from regulatory agencies in the U.S., as well as other countries. And it noted that Reebok recently announced a $25 million settlement, stemming from FTC charges of deceptive advertising related to toning footwear.

If the verdict doesn't go Skechers way, it acknowledged that it could be subject to a comparable or higher settlement than the $25 million levied against Reebok.

"We believe our products are safe and are defending ourselves from these media stories and injury allegations," the filing said. "It is too early, however, to predict the outcome of the ongoing inquiries and whether such an outcome will have a material effect on our advertising, promotional claims, business, results of operations or financial position."

Toning was a $1.1 billion category in 2010, accounting for 5.5% of all sport footwear sold, according to Matt Powell, an analyst with SportsOneSource. Skechers put a spotlight on the toning category, which it dominates with a 60% share, with Super Bowl spots the last two years. In 2010 ads featured customer testimonials and NFL Hall of Famer Joe Montana. This year Kim Kardashian starred in the spot. Both spots were handled internally.

Skechers said that David Vladeck, the FTC's director of the Bureau of Consumer Protection, has referred its case to FTC Commissioners. The company said it intends to "defend this matter vigorously" and will be meeting with each commissioner during the fourth quarter to present evidence and arguments.