How 'Skinny' Became the Hottest Phrase in Marketing

For food and drink makers, "skinny" seems to be the phattest marketing term going.

Brands have put the label on everything from cocktails to popcorn to give foods a low-cal sheen for consumers that are watching their waistlines. 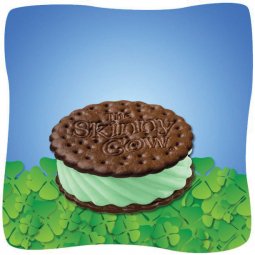 Skinny is also more palatable than "diet," which Ms. Yarrow said is "a negative word" that is "overly serious and associated with sacrifice."

Indeed, marketers are deploying "skinny" on foods normally seen as indulgent, such as Skinnygirl Cocktails and Nestle's Skinny Cow brand, which was one of the early adopters of the term when it launched in 1994 as ice cream. Andrew Friedman, who co-founded SkinnyPop popcorn in 2010, said he chose the term to suggest "few ingredients, better-for-you and a lifestyle."

But from a sociological standpoint, does skinny lean a bit too much on body image? Ms. Yarrow said no. "It's executed in a lighthearted manner," she said. "Skinny is just the "it' word right now."