Are Smartphones a Customer-Service Channel of Choice?

In a Tale of Two Airlines, Southwest Depends on Its People While Delta Increasingly Ramps Up Tech
READ THIS NEXT
Celebrating AAPI creative excellence

A Southwest airlines employee spent so much time with a sick child on a flight that he's now best friends with the boy's father. When another flier called to book a flight to get treatment for cancer, an employee donated one of his own buddy passes to make the trip happen.

This is the level of customer care that 's made Southwest the gold standard for service in an industry known more for layering on fees and stripping away amenities. The airline has received the lowest rate of complaints per U.S. passenger as reported to the Department of Transportation since the agency began tracking customer satisfaction in 1986. And that 's because of people -- Southwest's own people. Founder Herb Kelleher has been known to say it's not customers that come first at his company, it's his employees. 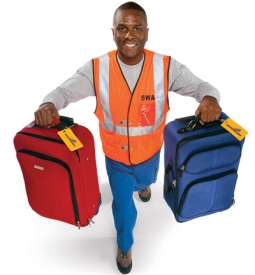 Gold standard of service: Southwest has received the lowest rates of complaints per U.S. passenger since 1986.

But the future of customer service in the airline industry may well be devoid of the warm, smiling employees that have been core to Southwest's strategy. Instead, the industry is looking to websites and apps -- technology that guarantees customers won't have to encounter humans on their trips at all.

"You can theoretically get through the airport without talking to a person," said airline industry analyst Helane Becker, director of Dahlman Rose & Co. "People regard that as a really good thing."

Consider the frazzled traveler running through security to catch a flight. At Southwest, gate attendants are instructed to keep an eye out for those red-in-the-face customers. Once spotted, Southwest employees are supposed to approach and reassure them, said Teresa Laraba, senior VP-customer services.

For Delta, however, the goal is to save that same traveler time and provide peace of mind by putting his or her boarding pass, flight status and bag-check information directly on his or her smartphone. PCWorld magazine named it the top tech-friendly airline in the U.S.

With airlines acting more like transportation companies than purveyors of experience, a key differentiator is customer service -- it just doesn't have to be in-person. "Customer service is more important; it's a response to what customers say they really want: to stay informed," Ms. Becker said. "Service has definitely come up a notch in general, and technology has certainly helped."

Delta has added luggage tracking to its mobile app, so travelers know if their bag has indeed made it onto the plane instead of finding out by waiting at the carousel. If a passenger is going to miss a connection because of delays, they can learn that via mobile message and are rebooked on another flight automatically. All of these efforts are part of a $2 billion investment Delta is making through 2013 to enhance consumer-facing services and airport facilities, which has also included better charging stations in terminals, better seats on international routes and wireless internet access on all its domestic mainline aircraft. On its 3,000 flights per day with in-flight Wi-Fi, users don't have to pay to access Delta's app or website.

The goal is to give customers tools and control, said Bob Kupbens, Delta's VP of e-commerce. "It takes the anxiety out of travel."

He added, "It's a different type of relationship with customers than we've had in the past. ... We're offering customers services and information that historically has only been available to airline personnel."

It also undoubtedly benefits the airline in productivity, as it saves representatives time and can spare them face-to-face contact with an angry consumer.

While Southwest, too, is adopting more self-service tools for customers, it's just an option for those customers who'd rather interface with a phone than a human. "You need to make sure you have people there when the technology isn't doing what you need it to," said Southwest's Ms. Laraba, who started as a part-time customer-service agent 28 years ago. "You will not see us have technology so heavy that you have to search high and low for people."

However, as technology and the people using it become more sophisticated, analyst Ms. Becker predicts some airline employees won't be replaced once they leave. And the shift isn't necessarily driven by the potential cost-savings of using self-service tech tools instead of people to solve customer problems; the cost is negligible, she added.

At Delta, Mr. Kupbens concurs. Technology investments aren't about cost. "This is a customer-service focus to give customers the best experience and, in some cases, that means they don't have to stand in line."