Plus, more agency layoffs may lie ahead, and the wage gap worsens
READ THIS NEXT
Facebook considers banning political ads in the lead-up to the U.S. election 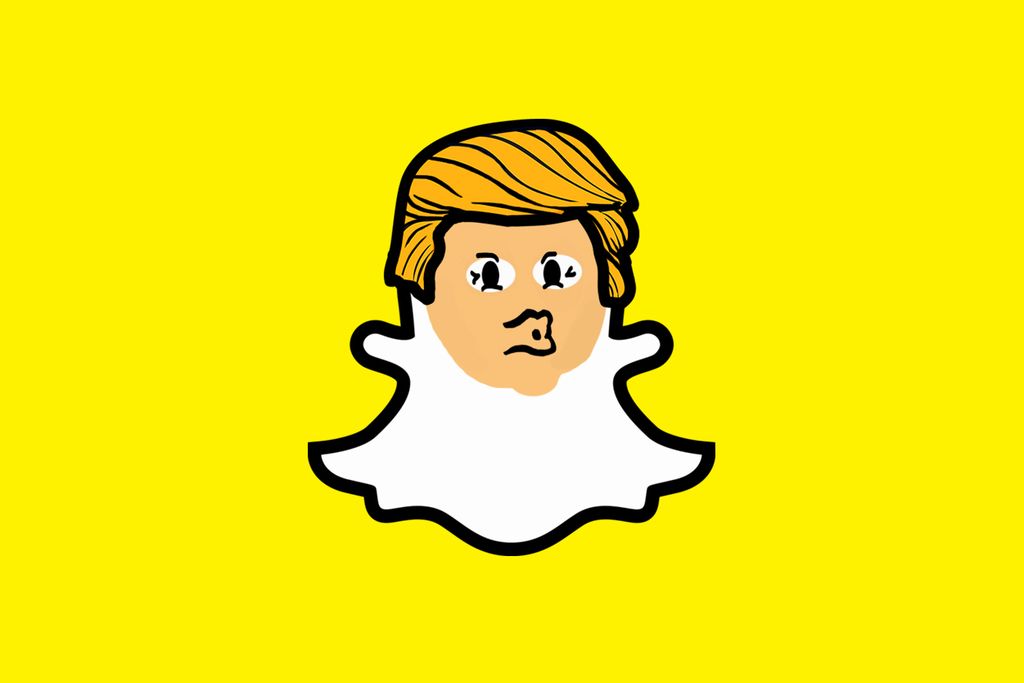 Snapchat stopped promoting President Trump’s posts on the media section of its app. “We will not amplify voices who incite racial violence and injustice by giving them free promotion on Discover,” the company said in a statement, reports Ad Age’s Garett Sloane. “Racial violence and injustice have no place in our society and we stand together with all who seek peace, love, equality, and justice in America.” The Trump campaign responded with an unfounded accusation that Snapchat is rigging the 2020 election.

The move comes just days after Twitter began fact-checking some of the president’s tweets that contain false information and placed a warning on messages inciting violence. It’s a small step for Twitter, which had shied away from any restrictions on the tweets of politicians around the world—as evidenced by an account that recently began reposting each of Trump’s tweets. It was shut down in three days for violating Twitter’s terms of service.

Facebook, for its part, has not followed Twitter’s lead in curbing some of Trump's most egregious falsehoods, prompting at least one engineer to resign, as well as continued calls for action from civil rights leaders.

The eyes of the world

Americans have been glued to coverage of protests following the police killing of George Floyd even more so than coverage of the coronavirus. More than 16 million households tuned into cable news over the weekend, 1.5 million more than in the early days of the pandemic, according to TV tracking company Samba TV.

While cable and TV networks have been criticized for focusing on violent clashes instead of more numerous peaceful demonstrations, public opinion is on the side of protesters. Fifty-four percent of U.S. adults support the protests, and 55 percent said police violence against the public is a bigger problem than violence against the police—25 percent more than those who said the opposite.

After taking time to determine whether to weigh in, brands have begun speaking out, almost exclusively in support of marchers. McDonald’s released a spot that called Floyd “one of us” and pledged donations to the National Urban League and the NAACP. Ben and Jerry’s, long outspoken on social issues, called for the country to “dismantle white supremacy.”

More than 40 million Americans have lost jobs since the pandemic began, but more layoffs may be on the horizon for the ad industry, according to Forrester. “U.S. agencies are poised to lose 35,167 jobs in 2020 and another 16,758 in 2021,” writes Ad Age’s Luke Guillory. “Agency job losses globally will surpass those in the U.S., with the seven largest agency holding companies alone eliminating 49,695 global positions."

Digital and media agencies will probably fare a bit better, as they have so far, but no vertical has been spared. PR giant Edelman laid off 5 percent of its global workforce this week. “‘It’s a pretty dismal forecast for the agencies certainly,’ says Forrester analyst Jay Pattisal, author of the report. ‘We’re looking at two years of negative growth, and when we forecast what the negative marketing spending will be toward agency services, it results in a significant decrease in the workforce.’” Don’t expect agency employment to bounce back soon, either. Marketers will need to make do with fewer employees for the foreseeable future, the report added.

Women have already been disproportionately affected by layoffs—the unemployment rate in April was 14.7 percent, but it was 13.5 percent for men and 16.2 percent for women. And the long-term consequences of the pandemic bode poorly for fixing the wage gap. Women who lose jobs may need to take work that pays less, hurting their salary history, which already lags behind men. And with most schools and childcare options shuttered, women have been shouldering the majority of household burdens, sometimes opting to cut back on hours at work to handle the extra workload.

Women of color in particular already make far less than their white, male counterparts, and the pandemic is likely to exacerbate racial pay disparities. At the same time, CEOs have made a show of taking pay cuts in the midst of salary cuts and layoffs at their companies, but stock compensation hasn’t fallen. Salaries typically make up 10 percent or less of total CEO compensation, so salary cuts in “solidarity” are mostly symbolic—some might say meaningless.

Dance battles: Some activists criticized the #BlackoutTuesday initiative, which filled many social media feeds with black squares, for inadvertently drowning out #BlackLivesMatter information when well-meaning posters used the wrong hashtag. But K-Pop fans have been putting the same technique to work, flooding #WhiteLivesMatter feeds with videos of their favorite Korean supergroups to drown out racist posts. Police looking to crowdsource information on protesters have also been met by a stream of highly coordinated dance moves and impeccable hair.

Home to roost: Is nothing sacred? Four executives from the chicken industry have been accused of fixing the price of broiler chickens from at least 2012 to 2017. The CEO and vice president of Pilgrim’s Pride and the president and an executive at Claxton Poultry Farms were indicted in Colorado. The companies supplied chickens to Costco, KFC and Chick-fil-A, so the effects of the scam likely hit millions of Americans right in the gut—er, pocketbook.

Pride, postponed: June is Pride month, but events around the world have been canceled due to the coronavirus. In London, though, the campaign is still going ahead, including a film that highlights LGBTQ experiences during the pandemic. “In a bid to encourage the different groups from the Pride community to support each other, it features a diverse selection of people, from a drag queen to a transgender person to a gay couple, self-isolating together during lockdown,” writes Ad Age’s Alexandra Jardine. “It ends with the message ‘Postponed, but still united.’”