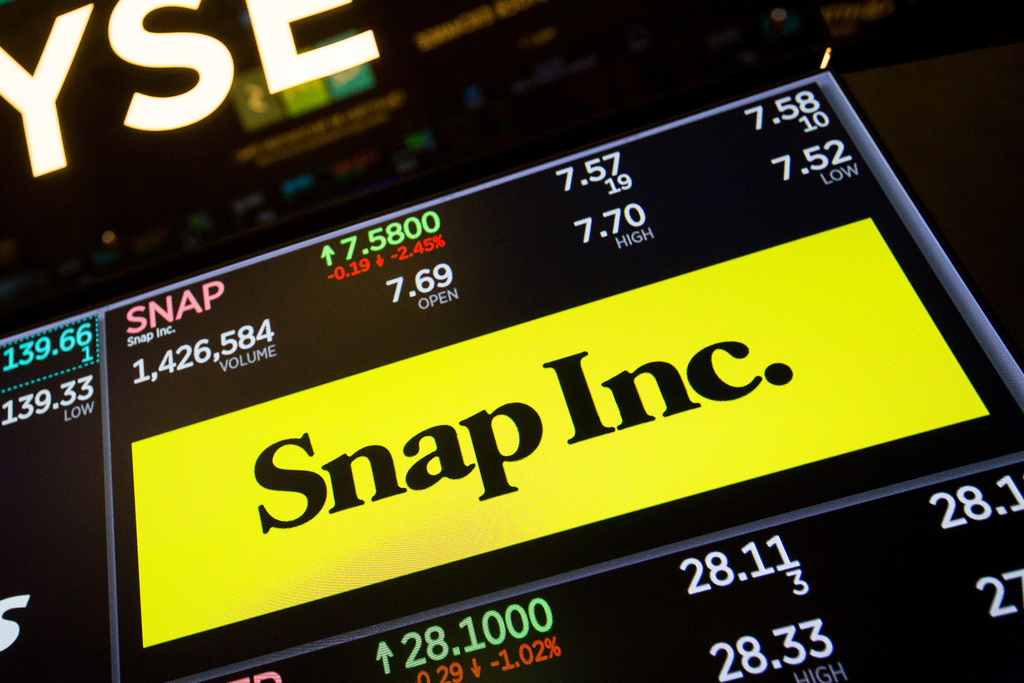 Snap Inc. is giving investors another reason to be optimistic for a revival of the social-media company. The shares surged.

The parent of photo-messaging app Snapchat said sales rose 39 percent from the previous year, to $320 million for the three months ended March 31. Analysts had projected revenue of $307.4 million. The Santa Monica, California-based company also saw more users flock to the platform from the previous quarter, the first increase in that metric in four quarters. Snap reported 190 million people used the app daily, compared with 186 million in the fourth quarter. There were 191 million daily active users in the same period last year.

Earlier this month, Chief Executive Officer Evan Spiegel announced a slew of new products and services, including an expanded advertising network, improved augmented reality and camera features, a new video-game service and original shows. Analysts cheered the news, which was seen as encouraging people to spend longer on the site.

A hot social app when it listed its shares in 2017, Snap quickly lost its cachet among an audience of mostly teens and young adults after Facebook Inc. began shamelessly copying its most popular features. After falling to a low in December, analysts began taking another look at Snap as user numbers stabilized in the fourth quarter.

In its earnings statement, Snap said a long-awaited redesign of the Android app has been fully rolled out, and Spiegel said the early results are "promising," with a 6 percent increase in the number of people sending snaps within the first week of upgrading, on lower-performing devices. Snap also boasted that its ads can reach more 13-34 year-olds than Instagram can in the U.S.

Snap’s shares have more than doubled this year, but heading into the earnings report, some analysts thought the stock had tapped out. Analysts at Wedbush Securities downgraded their rating on the stock to neutral from buy just days before the results, seeing “little room for upside.” The stock surged more than 11 percent in extended trading.

Snap still faces long-term uncertainties around the ability to significantly expand users and fend off competition, let alone turn a profit. It’s also reeling from a string of executive departures and is still in search of a new chief financial officer.

The company’s net loss narrowed from a year earlier to $310.4 million from $385.8 million. Excluding certain items, the loss was 10 cents a share, smaller than the 12 cents per share loss predicted by analysts.

Snap said second-quarter sales will be $335 million to $360 million, compared with an average analyst projection for revenue of $348 million, according to data compiled by Bloomberg.