Is Snoop the Top Dogg of All Pitchmen? | Ad Age
Skip to main content

Is Snoop the Top Dogg of All Pitchmen?

Rap star and actor Calvin Cordozar Broadus Jr. has reincarnated himself several times over, first as Snoop Doggy Dog, then Snoop Dog and now, Snoop Lion. Along the way, he's also reinvigorated his name with a steady string of brand alliances.

The latest is a bizarre tie-up with shopping site Overstock.com, now home to an online boutique called the Snoopermarket, which pimps favorite products of not just Snoop, but his family too. Among them: Orly's "Grand Dame" French Manicure Natural Look Nail Lacquer, a Hemp Lion of Judah Messenger Bag, a Slick Rick CD, pink heart-shaped diamond earrings and an oversized canvas featuring a photo of a lion's head. Unsurprisingly, he's also included as part of his picks gear from Adidas, another brand Snoop has long been affiliated with.

Given he's not shy about his penchant for marijuana toking, it's surprising how many companies -- even typically conservative packaged goods marketers like Nestle and Wrigley -- are eager to have Snoop represent their brands. Here, a dozen examples showing his diverse marketing spread.

Snoop, lounging in his plush all-white abode, fields requests from his family in this spot promoting Overstock's Snoopermarket. His track "The Good Good" adds an easy, jaunty feel to the scene.

During holiday season last year, his cartoon likeness played a Scrooge-like character, Ebenezer Snoop, wishing Happy Holidizzle to consumers, alongside a host of other celebs including David Beckham, Derrick Rose and Andy Murray in this film via Sid Lee and directed by "Beavis and Butthead" animator J.J. Sedelmeier.

He also previously appeared in another multi-celeb push, this time, in outer space with patrons of the Star Wars cantina.

The sportswear brand, along with Footlocker, also helped Snoop introduce his new "Lion" surname with this effects-heavy spot out of Creature, in which the rapper summons a giant, and (perhaps not so coincidentally) smoky beast.

Last October, Snoop fronted a remake of his 2004 track "Drop it Like it's Hot," for Hot Pockets, switching the name of the tune to "Pocket Like It's Hot."

Creating a perfect companion to microwave meals, last year Snoop also teamed with Pereira & O'Dell to publish a very special book, "Rolling Words." The book's pages were imprinted with lyrics of his tunes, but could also be used as rolling papers.

In 2011 Snoop took over the reins from Billy Dee Williams as spokesdude for Colt45. Photographer Estevan Oriol shot him as well as some lovely ladies for a campaign promoting the malt bev's fruity Blast line.

That same year, Snoop got busy with the Pepsi Max driver to cook up something special for the Super Bowl. 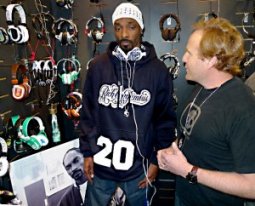 In a more typical brand-musician tie-up, Snoop partnered with headphones maker Skullcandy in 2009 on his own edition in the brand's Skullcrusher noise-reduction line.

Snoop fans were scratching their heads over the "Hack is Wack" contest for Norton Anti-Virus, in which the musician asked aspiring rap stars to create a two-minute rap about identity theft, phishing attacks and viruses. The winner got a trip to see Snoop perform at an L.A. concert.

Ironically, this 2008 Orange spot out of the U.K. via Mother, London, shows Snoop denouncing the shill.

Another clever use of Snoop's rep came via Orbit and Energy BBDO Chicago in this 2006 spot in which the brand's sparkly spokeslady cleans up the rapper's dirty mouth.

Who needs the King when you have Snoop? In 2004, he worked with CP&B and Burger King on this motivational speech encouraging young people to get out and vote.

The one that started them all? In 2002, Snoop joined George Clinton and his P-Funk crew in a '70s-themed spot for Nike, created out of Wieden + Kennedy Portland and directed by The Hughes Brothers ("Dead Presidents," "Menace II Society").

Not an official product endorsement, but GQ's use of Snoop's 'do in this campaign out of Lew Lara TBWA makes a point about how special he truly is. 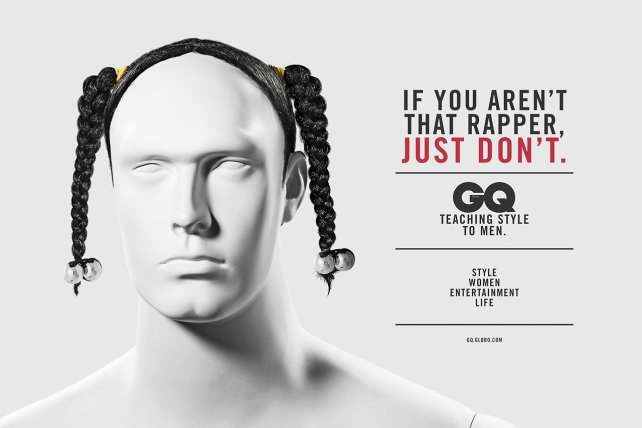