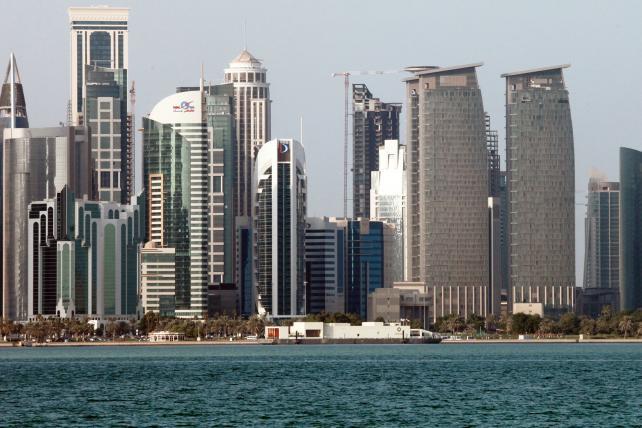 Sony and Adidas have stepped to the lead of corporate sponsors pressing FIFA, soccer's governing body, to fully investigate the latest allegations that Qatar won the right to host the 2022 World Cup through improper means.

"The negative tenor of the public debate around FIFA at the moment is neither good for football nor for FIFA and its partners," Adidas said yesterday. Sony said it expects FIFA "to adhere to its principles."

"As a FIFA partner, we expect these allegations to be investigated appropriately," Sony's Tokyo-based spokesman George Boyd said yesterday in an emailed statement. "We continue to expect FIFA to adhere to its principles of integrity, ethics and fair play across all aspects of its operation."

2010 Choice
FIFA is in contact with commercial partners including Adidas, Sony and Visa, said Thierry Weil, the organization's marketing director.

"They have 100 percent confidence in the investigation currently being conducted by FIFA's independent Ethics Committee," Weil said in an emailed statement yesterday. "Our sponsors have not requested anything that is not covered by the ongoing investigation."

Since the December 2010 choice of Qatar, which beat competition from the U.S., Australia, South Korea and Japan, allegations have dogged the Arab country and several officials.

Michael Garcia, a former U.S. federal prosecutor who has been investigating the claims for more than a year, said last week he'll file a report next month to German judge Hans-Joachim Eckert, who'll decide if there is a case. Mr. Eckert presides over the adjudicatory arm of FIFA's ethics committee.

Corporate reaction
"We expect FIFA will take the appropriate actions to respond to the report and its recommendations," said Melissa Cassar, a spokeswoman for Foster City, Calif.-based Visa, in an email. "We will continue to monitor its internal investigation."

Hyundai Motor is "confident that FIFA is taking these allegations seriously and that the Investigatory Chamber of the FIFA Ethics Committee will conduct a thorough investigation," the South Korean FIFA partner said in an email.

"Anything that detracts from the mission and ideals of the FIFA World Cup is a concern to us, but we are confident that FIFA is taking these allegations very seriously and is investigating them thoroughly," Alison Brubaker, a spokeswoman for Atlanta-based Coke, wrote in an e-mail.

Anheuser-Busch InBev also is monitoring the situation, Laura Vallis, a spokeswoman for the Leuven, Belgium-based company, in an e-mail. "We expect FIFA to take all necessary steps to address the issue"

Mr. Garcia will address FIFA's members at its annual meeting in Sao Paulothis week. The 2014 World Cup in Brazil starts a day after the meeting's close on June 12.

Withdrawn candidate
Bin Hammam, who in 2011 withdrew as the only candidate to challenge Sepp Blatter for FIFA's presidency after being accused of offering bribes to Caribbean voters, said in a phone message last week he didn't want to comment on the allegations reported by the Sunday Times.

"Frankly there is nothing to respond about," he told Bloomberg News. "Let me enjoy my new life."

FIFA's top partners, with the exception of Sony, have committed to backing the 2018 and 2022 World Cups, with Adidas signing on through to 2030. World Cup-related sponsorship brought in $404 million in 2013, according to FIFA's annual statement.

BP, whose Castrol unit is a World Cup sponsor, expects FIFA "to deal with this issue in the right and proper manner," Sheila Williams, a spokeswoman for the London-based company, said by telephone yesterday. "We are concentrating our efforts" on the current World Cup.