The tagline is 'Meth. We're On It' ... and officials say it's doing exactly what it was intended to do
READ THIS NEXT
Sephora plans dozens of new U.S. stores in bet on physical retail resurgence 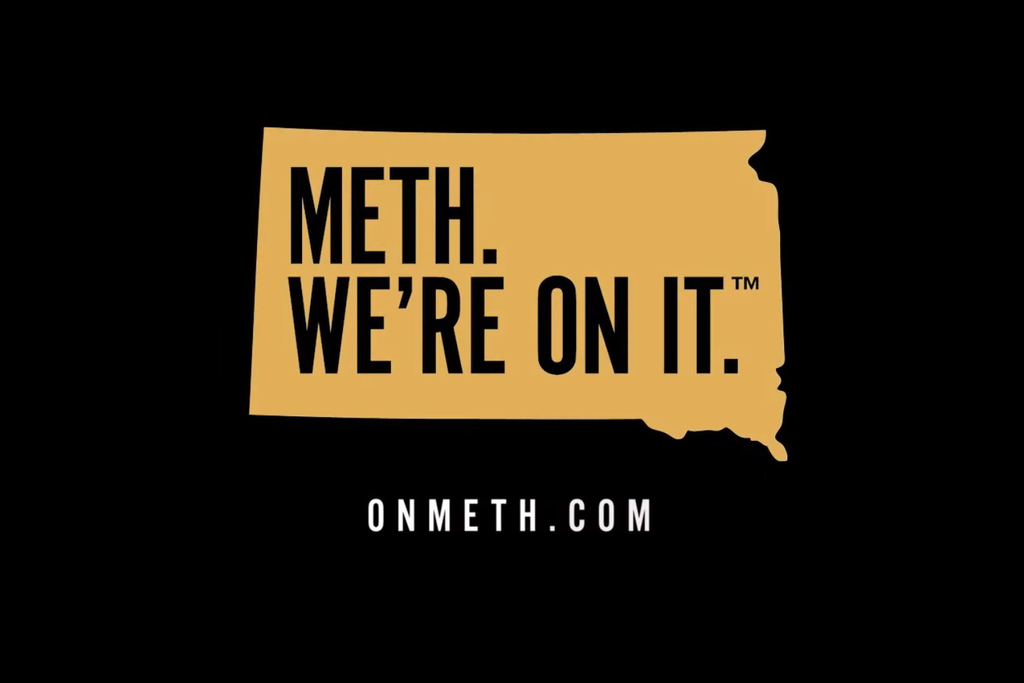 They're On It
A new tagline appears on public service announcements funded by the state of South Dakota: “Meth: We’re On It.” As far as slogans go, it’s … attention-getting. The intended message is that South Dakotans are tackling the problem together—as in, “we’re on it”—not that the entire state is on drugs. But many people were confused, and incredulous commenters propelled the campaign onto Twitter’s trending charts. “Seriously looked to see if this was an Onion article,” someone tweeted. On the YouTube version of the PSA, a commenter quipped, “I’m Walter White and I approve this message.”

The double entendre was apparently intentional, a bid at virality. The Argus Leader, a local newspaper, says the state paid Minneapolis agency Broadhead Co. nearly $449,000 so far this year for the campaign.

Despite all the snickering on social media—and concern that the tone makes light of a serious problem—the governor stands by it and says it's doing what it set out to do. “Hey Twitter, the whole point of this ad campaign is to raise awareness,” Gov. Kristi Noem tweeted. “So I think that’s working." But are people talking about drug use, or about the clunky messaging?

FWIW: This is not the first South Dakota public service announcement to go viral. In 2014, the state pulled an innuendo-laced road safety campaign warning people not to overcorrect their steering wheel on icy roads. It was called "Don't Jerk and Drive."

Kylie + Coty
Soon, Kylie Jenner’s namesake cosmetics line will belong mostly to Coty Inc. The cosmetics giant agreed to pay $600 million for a majority stake, Bloomberg News reports. Jenner, who is now 22, started the brand as a teenager. “The deal solidifies the status of Jenner as one of the youngest billionaires in the world, according to the Bloomberg Billionaires Index, capitalizing on her family’s fame from the reality series 'Keeping Up With the Kardashians,'" Bloomberg writes. Coty hopes this move will help turn its business around. At a time when conglomerates are snapping up small trendy brands to stay relevant, it’s a sign of the times that Coty needs Jenner as much as (and maybe more than) she needs Coty.

Face the future
Retailers and brands are using facial recognition technology already, more than you might be aware of. Target tested it to fight shoplifting, Marriott tried it to speed check-in in China, and a clothing boutique called Ruti uses it as a customer service tool. Age’s Adrianne Pasquarelli writes of Ruti:

As soon as a customer comes to the store, “we have her name on the screen with all of the info that’s relevant to this customer that’ll make her life better,” says Ruti Zisser, the designer who founded the company. “We just show her what she likes. If the system knows she already tried these white pants and she doesn’t like white pants, we won’t show her white pants.”

Privacy advocates, of course, are worried. Farhang Heydari, executive director of the Policing Project at the New York University School of Law, tells Pasquarelli: “Once a company has information about you that’s tied to your face, that’s never going away.”

Just briefly:
The 10 days of Black Friday: The annual shopping holiday is 10 days away, but Home Depot emailed its customers this week with a “Sneak Peek” of “Black Friday Savings,” and Pottery Barn did similar. Read more from Adrianne Pasquarelli in Ad Age.

Chick-fil-A: The chain says "it is no longer donating money to two Christian-affiliated groups that have faced criticism for their stance on LGBTQ+ rights,” Ad Age’s Jessica Wohl reports.

Stars in AR: “Snapchat is promising $750,000 to its top augmented reality stars in 2020, triple its commitment from this year,” Ad Age’s Garett Sloane reports.

For the record: “Pinterest has selected Interpublic Group of Cos.’ Mediahub and MDC Partners-owned 72andSunny as its respective media and creative agencies of record,” Ad Age’s Lindsay Rittenhouse writes.

Product of the day: The Smoked Cold Fashioned is “a sweet, whiskey-barrel aged cold brew with aromatic bitters,” and it’s available at the new Starbucks Reserve Roastery in Chicago. Read more about the new 35,000-square-foot shop from Jessica Wohl.

Podcast of the day: Fun fact—Michael Fanuele, president of MDC media agency Assembly, was a college debater who, back in the day, occasionally competed against future Texas Senator Ted Cruz. Listen to Fanuele's conversation with Ad Age’s I-Hsien Sherwood and Alfred Maskeroni on this week’s “Ad Block” podcast, and subscribe on iTunes or Spotify.

Ad of the day: What exactly is Emma Stone advertising in this gorgeous (but rather confusing) commercial? As Ad Age’s Simon Dumenco writes, the ad shows Stone “staring out of a giant picture window at a breathtaking mountains-and-lake vista. So maybe this is an Airbnb ad? But seconds later she’s back among the flowers—so many flowers—and it’s kind of overwhelming. Zyrtec, perhaps?” Watch it and find out.