BodyArmor sports drink casts the World Cup star as an American hero (despite her tensions with Trump)
READ THIS NEXT
What Fernando Machado’s Activision move might mean for gaming, and KFC U.S. CMO exits: Friday Wake-Up Call 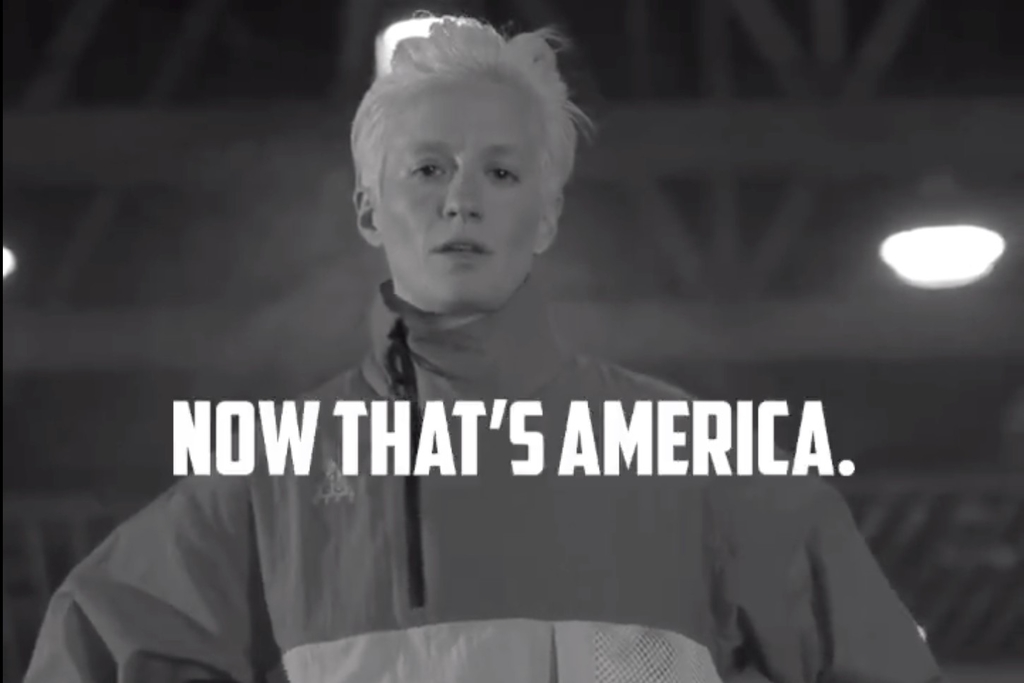 What people are talking about today
A new ad from sports drink BodyArmor takes a stand on a big question: In 2019, what does it mean to be an American hero? The ad stars Megan Rapinoe, the U.S. soccer star and critic of U.S. President Donald Trump, who recently caused a stir by saying she wouldn’t go to the White House if her team wins the Women’s World Cup. As Ad Age’s E.J Schultz writes:

The spot, shot in black-and-white, shows Rapinoe staring straight ahead, as this text flies by: “Nothing like a 30-something, purple haired, fiercely independent, candid, creative, goal-scoring, guitar-strumming, relentless, daring, activist, humble, ruthless, competitor, that stands for all that is beautiful, all that is good, all that is us. Now that’s America.”

As Schultz writes, the ad will “surely get under the skin of the president and his supporters,” because Trump has pointedly criticized Rapinoe and tweeted that she “should never disrespect our Country, the White House, or our Flag.” There are some parallels here to Nike’s ad starring NFL anthem protester Colin Kaepernick, although BodyArmor is way, way less well-known. As someone tweeted, “I don’t know what BodyArmor is but it’s my new favorite.”

Exclusive talks
WPP said in October that it was looking to sell Kantar Group, a data, insights and consulting unit. Now, as Ad Age’s Lindsay Rittenhouse reports, the ad giant confirms it’s in exclusive talks with Bain Capital to sell its majority stake in Kantar. The potential deal values Kantar at $4 billion. Reminder: “As WPP looks to divest in Kantar, other holding companies are doubling down on their investments in data,” Rittenhouse writes.

“At the end of the day, it has nothing to do with sex. I know that sex sells, so I thought how I can positively manipulate this. We want you to have an orgasmic experience and the ultimate feeling of euphoria that comes after having a vegan burger.”

To quote “When Harry Met Sally” … I’ll have what she’s having.

Just briefly:
Happy belated birthday: Sony’s Walkman celebrated its 40th anniversary yesterday. And yes, the Walkman still exists, and you can still buy one with a cassette player. (How else will you listen to those mix tapes from your 7th grade boyfriend?) Watch Sony’s video tribute and let the nostalgia wash over you.

What to watch today: “If the United States squad can get past England in Tuesday’s semifinal match, advertisers are all but assured that a massive audience will tune in for the July 7 final,” Anthony Crupi writes in Ad Age.

Number of the day: The Queer Liberation March and a related rally drew 45,000 people on Sunday in New York, organizers say. As Ad Age’s Ilyse Liffreing writes, the demonstrations were planned to counter the corporate presence at the annual Pride parade.

Spoof ad of the day: Amazon is not too happy with John Oliver right now. As Ad Age’s Simon Dumenco writes, the host of HBO’s “Last Week Tonight” took aim at working conditions in Amazon warehouses on Sunday; he also made a “darkly comic remake” of an Amazon promotional video about what it’s like to work in one. The video, incidentally, sparked a tweet chain from Amazon’s SVP of operations, Dave Clark: “Unlike over 100,000 other people this year, John and his producers did not take us up on our invitation to tour one of our facilities.” Watch Oliver’s video here.