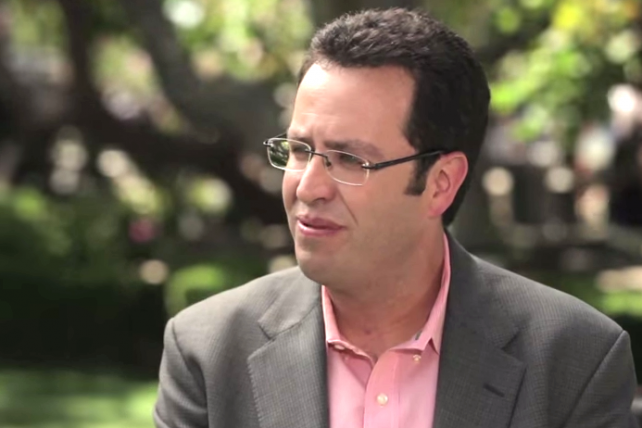 Subway's got a PR crisis on its hands as news reports circulate that the home of the chain's longtime spokesman, Jared Fogle, is being investigated.

According to multiple news reports, the Subway pitchman's house was raided by federal agents in an investigation that authorities declined to discuss publicly.

But the search of Mr. Fogle's Indiana home comes two months after Russell Taylor, executive director of the Fogle Foundation, a group that is dedicated to helping teach kids healthy lifestyle habits, was arrested on child pornography charges. Following that, Subway and Mr. Fogle said they had severed all ties with Mr. Taylor.

Mr. Fogle has been associated with Subway for more than 15 years and, in fact, the company celebrated that anniversary with a Super Bowl spot in 2013. Since then he has appeared in ads sporadically and acts as a brand ambassador for personal appearances and franchisee meetings.

There is a section of the company's website dedicated to Jared's weight loss and lifestyle story.

The most recent spot featuring Mr. Fogle, "Jared's Journey," last aired on June 29, according to iSpot.tv. It premiered on Saturday, April 4, during TBS's coverage of the NCAA Men's Basketball Final Four and appeared across TNT and truTV's team-specific simulcasts. All told, the spot that night aired six times, netting Turner an estimated $1.14 million.

Over the course of a three-month lifespan, "Jared's Journey" aired 2,455 times, with the bulk of the buys landing at Viacom's MTV, VH1 and Comedy Central. Subway invested $11.3 million worth of air time for the 30-second ad.

It took Subway some time to craft a statement, which came out around noon. "We are shocked about the news and believe it is related to a prior investigation of a former Jared Foundation employee," said a spokesman. "We are very concerned and will be monitoring the situation closely. We don't have any more details at this point."

Social-media commenters were quick to jump on the issue in the void. "I'll never eat here again," said one Facebook user. "Two pedos caught in the company this year. Sickening. Have fun in the prison, they love your kind in there!"

You would think that @Subway needs to say something rather than let social media have it's way with this trending story. #Jared #FBI