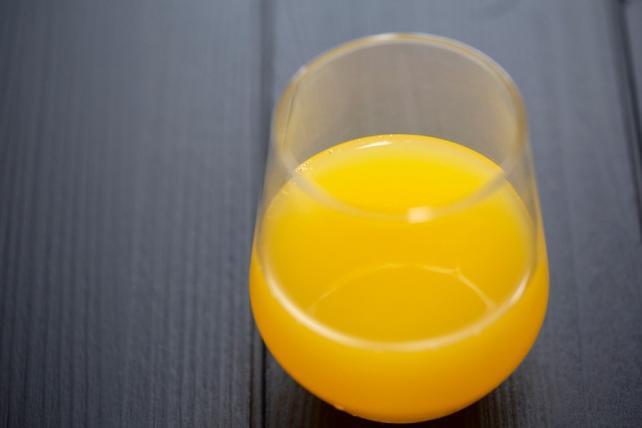 What people are talking about today
"Facebook cannot be the entire solution to your problems," Facebook exec Campbell Brown told magazine executives at a conference in New York yesterday. "By its very nature, Facebook is constantly changing and not dependable." Read more about her comments from Ad Age's Garett Sloane.

Snappy chat
Snapchat's user base isn't growing. Its revenues are, though. Because where else (besides YouTube and Instagram) can advertisers reach the ever-enticing demographic of young users? Bloomberg News reports that Snapchat "has been able to add more advertisers using its automated advertising tools, increasing demand and therefore boosting prices for promotions on the mobile app." Snap's fourth-quarter sales were up 36 percent from the same period a year ago, hitting $389.8 million. The app reported 186 million daily active users in the quarter, down slightly from 187 million a year ago. The numbers seemed to satisfy Wall Street, since the stock price jumped 20 percent in after-hours trading.

Independence days
Ad Age's Megan Graham spotted something interesting going on in the advertising world. A few small agencies have recently reclaimed part or all of the stakes in their companies that had been owned by giant holding companies, winning back more independence. Last week, for example, WPP said it agreed to sell its 49 percent stake in global communication advisory firm Richard Attias & Associates back to existing shareholders. Graham writes that there doesn't seem to be a single specific reason why these buybacks are happening now. But they come at a time when some indie shops are thriving, while huge holding companies are "struggling to meet the financial demands of shareholders," she writes.

UnsunnyD
A weird exercise in contemporary brand-building just played out on Twitter. As the Super Bowl match dragged on Sunday, SunnyD, the sugary orange drink, tweeted its exasperation: "I can't do this anymore." If you didn't know SunnyD had been tweeting about an unexciting game of football, it seemed like a cry for help. Other brand accounts offered emotional support, and SunnyD played along. Pop-Tarts tweeted: "Hey sunny can I please offer you a hug we are gonna get through this together my friend." Uber Eats weighed in: "U OK bro?" Pornhub asked, "Can I offer you a tissue?" (Gross.)

Judging from the comments, lots of people were amused by brands' Twitter accounts pretending to have human feelings, while others found it sick. Someone tweeted, "Yeah remember that one time the sunnyd brand account pretended to have really bad depression for relatable internet points?"

Just briefly:
Women to Watch: Ad Age is taking nominations for Women to Watch Europe, our program honoring women who have made important contributions to media, advertising and marketing. Here's how to nominate someone, and here's where you can read up on last year's honorees, leaders from Google, Coca-Cola, PepsiCo, Procter & Gamble, Lucky Generals, Publicis and more.

Thank U, Next: Angela Ahrendts, Apple's influential head of retail operations for five years, is leaving the company in April. It's not clear what Ahrendts' next move is; before Apple, she headed Burberry. Read more from Bloomberg News.

Carrier wars: AT&T is the next official wireless sponsor of the NBA, "a title it snagged from longtime rival Verizon," George Slefo writes in Ad Age.

Faking it: Unilever has pledged to stop working with influencers who buy faux social media followers. But the Points North analytics group estimates that a quarter of the followers for Instagram influencers working with Unilever's Dove brand last year were fake, Jack Neff writes in Ad Age. Many other brands are in the same predicament. For Amazon-owned Zappos, the figure is 38 percent.

Playbook: Ad Age's Anthony Crupi has a brief guide on what marketers need to know about the sports gambling landscape in the U.S. It's worth paying attention, because by the end of 2019, "as many as 15 states are expected to have operational sportsbooks up and running," he writes.

My kind of town: Chicago is the birthplace of Tony the Tiger, Mr. Clean and the Marlboro Man, and it's still a major advertising hub, Ad Age's Jessica Wohl writes in a profile of the Windy City. It's got hustle without being full of itself. "It's underrated, it doesn't have that cachet or calling card, and that's part of the beauty of it," Starcom U.S. CEO Kathy Ring says.

Creativity pick of the day: Can a McDonald's ad be poetic? Yes -- in France. Photographer Roberto Badin and TBWA/Paris worked on a new print campaign for McDonald's France, and it offers "beautiful images of a rain-drenched Paris," Alexandra Jardine writes in Ad Age. The cityscapes are slightly distorted by raindrops, and they almost look like Impressionist paintings, if you ignore the small golden arches logos on the page. The ads remind people that you can order McDelivery on rainy days. Check out the work here.