The League's Buzz Score Is Actually Lower With Men Than With Women
READ THIS NEXT
10 ways to virtually celebrate Martin Luther King, Jr. this holiday weekend 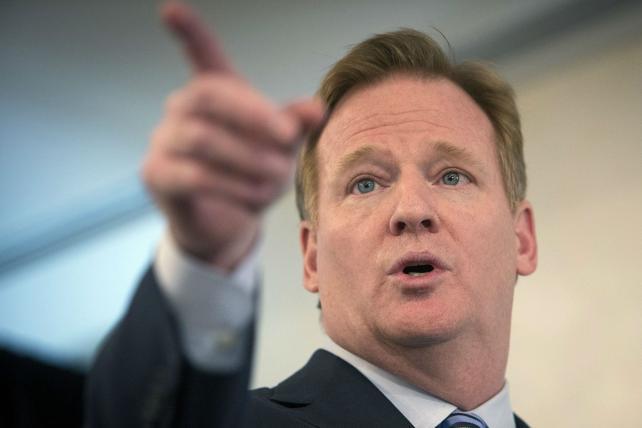 The NFL's shield has already lost some of its shine, according to a new brand perception survey taken as the Ray Rice controversy unfolded this week.

The YouGov BrandIndex, which measures daily brand consumer perception, found that the NFL's "buzz" score fell from a yearlong high of 36 on Monday to -17 four days later, which marks the league's lowest score since June 2012 when it was -26. That year's low came as the league dealt with complaints over its new restrictions on bringing purses and bags into stadiums, and also amid controversy surrounding allegations that the New Orleans Saints paid bounties for injuring opposing players, YouGov noted.

Buzz scores, which are based on interviews of 4,300 people each weekday, can range from 100 to -100, with a score of zero indicating an equal level of positive and negative feedback. Respondents are asked: "If you've heard anything about the brand in the last two weeks, through advertising, news or word of mouth, was it positive or negative?"

The NFL's score plummeted as it dealt with a constant drumbeat of negative headlines and scathing commentary, including allegations that it ignored video evidence of Ray Rice knocking out his then-fiance in an elevator in Atlantic City in February.

Interestingly, the NFL fared worse among men, whose score was -27, than women, which came in at -8.

YouGov BrandIndex CEO Ted Marzilli in an interview was careful not to speculate too much into the reasons for the gender gap, but offered a few potential explanations. He suggested that perhaps men are more focused on the NFL bungling the case, and that "maybe women are thinking now that Ray Rice has been kicked out of the league, that was the right decision to make."