Executives from Taco Bell are launching a fast-casual concept in Huntington Beach, Calif., dubbed U.S. Taco Co. Though the concept was created by Taco Bell execs, it will bear little resemblance to Taco Bell.

Taco Bell CEO Greg Creed said the idea started to take shape about a year ago, after the company did some routine consumer-segmentation research. The company found "a number of segments that provide growth for Taco Bell." One of those segments is made up of consumers who are willing to spend a little more for higher-quality ingredients and better atmosphere beyond what the traditional fast-food chain offers.

"We could spend time and money trying to get these people interested in Taco Bell," he said, but they would probably never become regular Taco Bell patrons. "We thought, maybe there's a new brand we can create to address this opportunity," he said, adding that the chain "has the talent and the money" to explore new concepts.

And so U.S. Taco Co., with logo art reminiscient of Day of the Dead sugar skulls, was born. The first location is slated to open up in the next few months (construction is just beginning), and the menu's focus will be on tacos, fries and shakes.

The giant player in the Mexican fast-casual concept is Chipotle. It and many other players in this category offer burritos and standard Mexican proteins such as steak, chicken and carnitas. 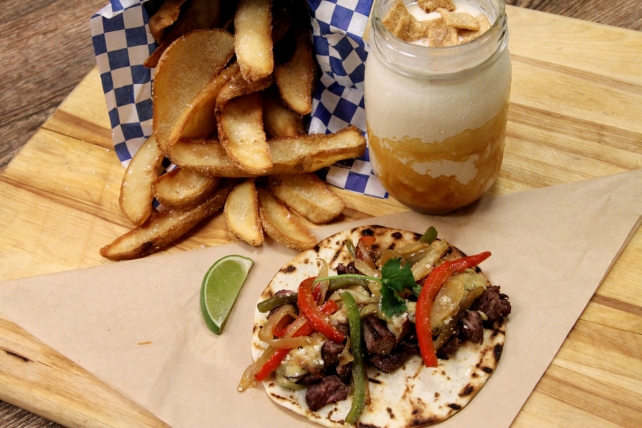 The differentiator for U.S. Taco Co., said Jeff Jenkins, senior brand manager at Taco Bell who also works on mobile for the brand, is that the focus will be on tacos and that the menu is not standard taco fare. "There's a lot of great fusion going on, a lot of it coming from the food-truck scene," said Mr. Jenkins. "Our fusion is the best of America in a taco."

Offerings include spins on various regional American food such as a taco inspired by a Philly cheesesteak called Brotherly Love, or one inspired by Southern fried chicken called Winner Winner. Mr. Jenkins said that he hopes the food will lend itself to Instagram photography -- something that Taco Bell's social media teams has focused heavily on lately.

Toppings offered on the tacos can also be placed on an order of fries. And though the Huntington Beach location won't offer booze because of zoning ordinances, a second location in the Los Angeles area is in the works and will offer beer, wine and even boozy milkshakes like the Mexican Car Bomb, which includes vanilla ice cream, tequila caramel sauce, chocolate flakes and Guinness stout.

"The menu is simple and we wanted it limited to be focused on tacos, fries and shakes," said Rene Piscoitti, executive chef at U.S. Taco Co. and a Taco Bell executive, adding that the chain has already developed a number of tacos well beyond what will be offered at first. "We're starting with 10 tacos but we have an opportunity for more -- we have 20 more in queue we could pull in anytime." 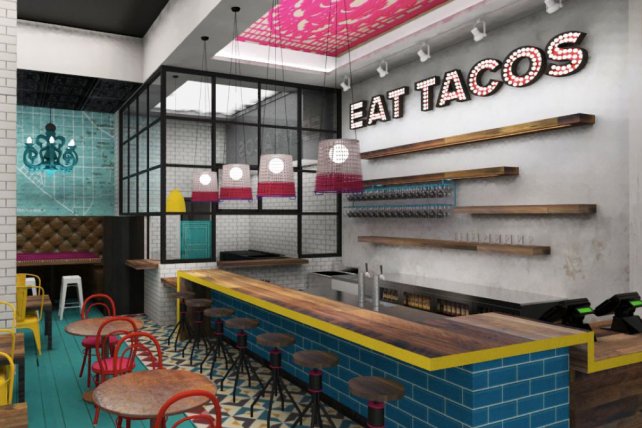 The move comes just after Taco Bell's parent company, Yum Brands, opened a test concept earlier this month called Super Chix. The test, confined to a single store in Arlington, Texas, has a limited menu composed of a chicken sandwich, chicken tenders, fries, drinks and frozen custard, according to its website. It remains to be seen how successful that endeavor is, but the move shows that Yum is trying to capitalize on fast-casual, one of the biggest trends in the restaurant industry in recent years.

And though Taco Bell and U.S. Taco Co. are both takes on Mexican food, Mr. Creed isn't worried that the new concept would lure customers away from Taco Bell. After all, the average guest check at Taco Bell is about $7, whereas U.S. Taco Co.'s average will be closer to $12 or $13.