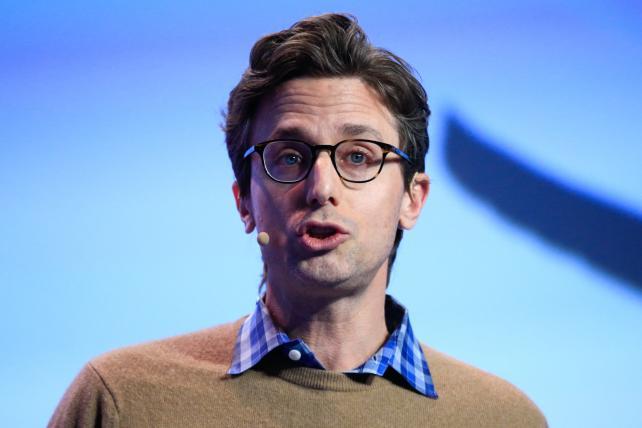 What people are talking about today
The Walt Disney Co. is reportedly close--very close--to announcing its deal to acquire a swath of 21st Century Fox Inc., Rupert Murdoch's media empire. Both Bloomberg News and The Wall Street Journal say straight-out that the announcement is expected today. The deal would be valued at around $60 billion including debt, according to Bloomberg, which says assets to be sold would include the Twentieth Century Fox studio, cable channels and international assets. It would not include Fox News, the Fox broadcast network nor the FS1 sports channel.

It's worth noting that any deal probably would take about a year to close as regulators examine it, as the Los Angeles Times writes. "The merger could result in hundreds of layoffs for Fox employees in the coming years," it says.

Another thing to watch today: It's the moment of truth for U.S. net neutrality rules: The Federal Communications Commission votes today, and it "has the potential to radically alter the internet as we know it," Fortune writes.

BuzzFeed and the duopoly
"The media is in crisis. Google and Facebook are taking the vast majority of ad revenue, and paying content creators far too little for the value they deliver to users." That's the frank assessment of BuzzFeed's Jonah Peretti in an online letter to readers on Tuesday. As Harvard's NiemenLab writes, "The sentiment is pretty stunning to hear coming from the CEO of a company that owes much of its success to its ability to ride the algorithmic coat tails of the big platforms."

These are tough times for online media, and even BuzzFeed (a longtime darling of investors) is expected to miss its revenue targets by 15 to 20 percent this year, as The Wall Street Journal has reported. In the note, Peretti also wrote that BuzzFeed needs to diversify its revenue streams and focus on strong content, from journalism to lifestyle offerings (like its food network, Tasty.) The memo is here; it's long but worth reading. Or here's a quick synopsis from an editor at Recode:

"The latest batch of broadcast TV's currency data has been crunched, and while a handful of shows are doing their bit in the war against audience erosion, the Big Four networks' share of sellable ratings points continues to shrink at an alarming clip."

Here's another depressing data point for the industry: It was the seventh month in which C3 ratings fell by double-digit percentages. There's only so many hours in the day, and people are devoting more of those hours to streaming services like Netflix, Amazon and Hulu.

David & Goliath
You've seen the Kia spots with the adorable hamsters, and last year's funny Super Bowl ad with Melissa McCarthy getting catapulted into the air by a whale and chased by a rhino. That's the work of Los Angeles-based agency David & Goliath, founded in 1999. The independent agency just got acquired by a big South Korean advertising firm, Innocean Worldwide, in a deal valued at up to $71.7 million. Innocean is backed by Hyundai Motor Co., Kia's sister company. Read more on Ad Age.

Just briefly:
Annoying ads: "2018 is the year autoplay with sound dies," as Ad Age's George Slefo writes. But many publishers will mourn the loss, he says.

Up for grabs: Office Depot is evaluating all of its agency partners, Ad Age's Adrianne Pasquarelli and Megan Graham report.

Creativity pick of the day: For some, Twitter's hard to figure out. British comedian Romesh Ranganathan is the star of two new digital spots about the problem; one of the ads basically shows people how to get onto Twitter (but in a creative way). And there's a cameo from NBA player Lonzo Ball. Watch it here, and read more by Ad Age's Alexandra Jardine.