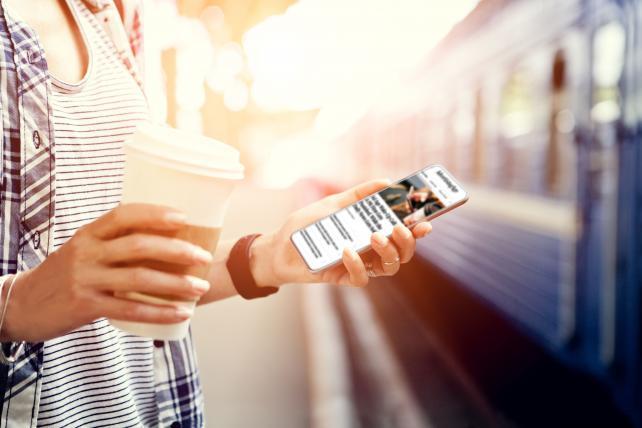 Good morning. Welcome to Ad Age's Wake-Up Call, our daily roundup of advertising, marketing, media and digital-related news. What people are talking about today: People are suddenly taking a much closer look at Facebook ads and how they work. And they've made some unsettling discoveries. Reporters for ProPublica found it was possible to target Facebook ads to people interested in anti-Semitic topics (like, "Jew haters.") Facebook cut that possibility off and said it would stop similar schemes in the future, as noted by Ad Age's Garett Sloane. But when Slate tried targeting ads to other hateful groups, including "Ku-Klux-Klan," the ads were cleared. "In our case, it took Facebook's system just one minute to give the green light," Slate wrote.

Note that Facebook built its entire empire on advertising, the source of 97% of its revenue in the most recent quarter.

It's no surprise that reporters are digging deeper into Facebook advertising. The company said last week that a Russian company tied to pro-Kremlin propaganda had targeted U.S. voters with ads before and after the 2016 U.S. election. Digital advertising is big news. And this issue is going to follow Facebook around for a long time.

The cookie crumbles?
Six big advertising trade groups are joining together against Apple's plan to limit cookies on the Safari browser, as Ad Age's George Slefo writes. One issue here is that more ad money will be funneled into Google, Facebook and Amazon (where people are logged in and identified) and away from media platforms that use cookies in exchange for free content. But Slefo asks the big question here: Why isn't there a better solution than the cookie by now?

NFL ratings
Ratings from Week 1 of the NFL season were down from last year, Ad Age's Anthony Crupi writes. The Sunday numbers dropped 13% as Hurricane Irma hit Florida. But for "Monday Night Football," with ratings down 9% from a year ago, you probably can't just blame the weather, Crupi writes. The NFL had obviously been hoping for a strong Week 1, after last season's ratings drop of 8%.

Addiction ads: Google is restricting ads for drug treatment centers, amid concerns that "many online searches are leading addicts to click on ads for rehab centers that are unfit to help them or, in some cases, endangering their lives," The New York Times says.

Cambridge Analytica: Cambridge Analytica, known for its work on the Trump campaign, plans to enter the China market, Bloomberg News reports. It says "the group initially plans to focus on commercial opportunities and not politics in China."

Magazine exodus: "A bunch of high-level magazine editors are resigning for some reason," as Fast Company says. The latest is Glamour editor-in-chief Cindi Leive, after Graydon Carter of Vanity Fair, Robbie Myers of Elleand Nancy Gibbs of Time.

Weird app of the day: A Chinese startup has created a sex doll-sharing service, as Tech in Asia reports. (Perhaps this whole sharing economy thing has gotten out of control?)

Headline of the day: From The New York Times, "Nikon Picked 32 Photographers to Promote a Camera. All 32 Were Men."

Creativity of the day: Lululemon just made its first campaign aimed at men. As Ad Age's Adrianne Pasquarelli reports, the ads break some stereotypes of sports marketing, and they have a diverse cast. One features Ibn Ali Miller, who won fame as a peacemaker after breaking up a fight in Atlantic City. The ad shows him worshipping on a prayer mat.