Thursday Wake-Up Call: Takeaways from Ad Age Next. Plus, 'Monopoly for Millennials' 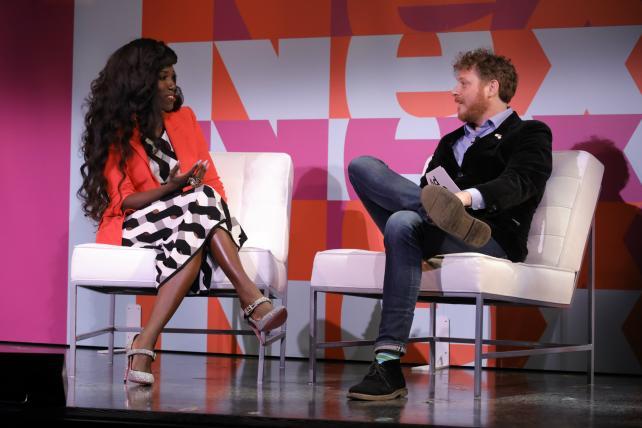 What people are talking about today
Ad Age Next, our conference on the future of marketing and tech, wrapped up yesterday in New York. There were smart thoughts on e-sports and where retail is heading; BuzzFeed, for example, is at work on an experiential shop for millennial parents and kids. Execs talked about promoting diversity and changing the "white bro" culture of Silicon Valley. Plus, Pepper the humanoid robot showed up, and the winner of our first start-up pitch competition did a few dance moves on stage (his company is Steezy, which wants to be "the Netflix of dance classes.")
A few thoughts from our speakers:
-- "People take amazing photos of their coffee using world-class Instagram software and then go work and use garbage software. Every business must be in the software business." – Alexis Ohanian, co-founder of Reddit and Initialized Capital. Read more on his talk here.
-- Be your authentic self at work. Diversity and inclusion "begins with each of us. Showing up more as ourselves in the workplace will encourage others to do the same and will make us more empathetic towards others who are not like us." -- Bozoma Saint John, chief marketing officer at Endeavor, the entertainment, sports and fashion giant.
-- "Stoners can be productive too." – Tony Magee, founder of Lagunitas Brewing Co., which is making cannabis-infused sparking water.

One-two punch
Two media outlets have articles out that don't look good for Facebook.
1. Facebook's stumbles: CEO Mark Zuckerberg and COO Sheryl Sandberg "ignored warning signs and then sought to conceal them" as the company faced repeated crises, The New York Times reports in a major story that has five bylines and is based on interviews with over 50 people. The headline is "Delay, Deny and Deflect: How Facebook's Leaders Fought Through Crisis."
2. Facebook morale: "Just over half of employees said they were optimistic about Facebook's future, down 32 percentage points from the year earlier" according to an internal survey taken by almost 29,000 employees, The Wall Street Journal reports.

Animatronic orangutan
UK regulators didn't approve a supermarket brand's politically conscious ad for TV airtime, and the "ban" may have been the best thing that could have happened to the brand. To promote its decision to stop using palm oil, Iceland Foods repurposed a Greenpeace ad about the evils of harvesting the oil; the spot features the voice of Emma Thompson and an animated orangutan whose habitat was destroyed by deforestation. Broadcast regulators didn't clear it because it was made by Greenpeace, and there's a British law prohibiting political advertising on TV. That decision to keep it off the air generated a lot of coverage and attention; as The New York Times writes,

"More than four million people have watched the video on YouTube in less than a week, and Iceland is getting enormous amounts of attention even without the ad showing on TV."

In the latest twist of the campaign, the brand sent an animatronic orangutan to wander through the streets of London. Watch the robot in action here.

"Players don't win with money to buy homes or railroads, but instead collect 'experience points' by earning rewards such as a 3-Day Music Festival or going to a vegan bistro — because memories 'last forever.'"

The Philadelphia Inquirer says it's "either a product created by a baby boomer who wanted to stereotype an entire generation or a work of satire conceived by a salty twentysomething." Hasbro, care to explain?

Out: Jan Singer, Victoria's Secret CEO, is said to have stepped down as the brand confronts questions about whether it's giving consumers what they want, Bloomberg News reports.

Blowback for Bezos: After Amazon chose Queens as one of two locations for its new offices, the cover of the New York Post depicts Amazon CEO Jeff Bezos "as a laughing money-grubber who held city politicians hostage to extract billions in tax breaks," Ad Age's Simon Dumenco writes.

Ad of the day: John Lewis -- UK department store and maker of heartwarming Christmas ads like "Monty the Penguin" and "Buster the Boxer" -- releases its hotly awaited holiday spot today. It's said to be a mini-biopic of Elton John. Watch for it on Ad Age's Creativity spotlight here.