Brought to the U.S. from Russia, young Sarnoff stumbled into a job in the new wireless-radio field, becoming inventor Guglielmo Marconi's apprentice and gaining fame in 1912 by providing via Morse code Titanic survivor lists to newspapers. By 1919, he became the new Radio Corp. of America's top executive and launched radio's first network, the National Broadcasting Co., in 1926. Eventually, Sarnoff was competing against two more networks -- Columbia Broadcasting System and American Broadcasting Co., a spinoff from NBC. Sarnoff pioneered color TV at RCA, which helped build the parent of NBC into a publicly held $2 billion corporation by the time Sarnoff retired in 1955.

A New Jersey native, the former Ayer employee opened George Batten Newspaper Advertising Agency on Park Row in New York in 1891. Fiercely religious and humorless, he endeavored to make his ads 100% accurate. His values and personal dignity are credited with adding respectability to the ad profession. His $8 million-billing agency was merged with the $23 million Barton, Durstine & Osborn in 1928, after both agencies had moved into the new office building at 383 Madison Ave., to create BBDO -- and Madison Avenue.

At Helen Lansdowne's urging, Stanley Resor in 1912 recruited Young as a JWT copywriter in Cincinnati. Young's copy skills rapidly led to broader responsibilities; he would establish JWT's international network. After time out to teach at the University of Chicago, serve the U.S. Department of Commerce and study ad compensation systems, he returned to JWT in 1941. At President Truman's urging in 1945, Young, working with Ted Repplier, transformed the War Advertising Council into the Advertising Council.

Established agencies, becoming musclebound with their growth in the '50s, sought to cut red tape to meet the competition from new, more flexible post-war creative shops. McCann-Erickson's approach: Spin off an elite, creative think tank, Jack Tinker & Partners. Working "outside," it handled only McCann client marketing strategies. As the idea caught on, Tinker opened to outside clients in '64. The former McCann copywriter, with an all-star team that included Mary Wells, produced award-winning work for Alka-Seltzer, Gillette and Braniff. Eventually, Tinker yielded the creative crown to a new agency, Wells, Rich, Greene, in a reinvigorated creative environment.

In 1978, Iacocca left Ford Motor Co., where his 21-year career brought him to the presidency, and joined Chrysler as CEO. Kenyon & Eckhardt, his Ford agency, also switched to Chrysler in '79. Battling the Japanese import wave and near-bankruptcy in the '80s, Iacocca starred in TV commercials. Charismatic, dynamic and positive, he persuaded Congress to bail Chrysler out and became possibly the most effective TV spokesman in U.S. history. During the next 14 years, thanks to his 61 Chrysler commercials, Iacocca even figured in presidential politics as a possible candidate.

Belding, the "Father of West Coast Advertising," served entrepreneurs such as Walt Disney, Howard Hughes and Patrick Frawley; helped emerging Hollywood studios; and built the Sunkist, Max Factor and Catalina swimsuit businesses. A poor boy from Oregon, Belding served without pay in Lord & Thomas' Los Angeles mailroom in 1923. By 1938, he was office manager. Belding became a partner in Foote, Cone & Belding, L&T's successor agency, in 1942. A founder of the Freedoms Foundation, Belding was an active force on numerous ad industry and public service councils. The Belding Awards, named in his honor, annually recognize the best creative work to come out of the West.

Former newspaper reporter MacManus pioneered image ads after becoming copywriter for General Motors Corp.'s luxury cars. Playing on readers' imaginations, he shunned the popular reason-why style. His most enduring work, "The Penalty of Leadership" for Cadillac in 1915, ran only once and explained -- without specifically mentioning Cadillac -- why companies that honor "standards of excellence" become "targets of the envious." Sales surged and it was voted "The Greatest Ad of All Time" in 1945. The MacManus agency he founded in 1927 became MacManus, John & Adams in 1934, and later was folded into D'Arcy MacManus Benton & Bowles. Although his name initially disappeared, DMB&B's holding company later named itself MacManus Group.

A media visionary, Weaver initiated the "magazine format" at NBC-TV, which altered TV's content and buying patterns. His 1949-56 tenure as president and chairman led to "Today" and "The Tonight Show" as well as heavily-promoted, star-studded specials. His bold concept of selling time in a network-controlled magazine format to a variety of advertisers was unpopular with major agencies, which would rather create and control clients' programming. But the concept revolutionized the TV industry. After his CBS Radio, Young & Rubicam, American Tobacco and NBC-TV years, Weaver served as McCann-Erickson chairman and went on to head a pioneering subscription TV venture.

On learning copywriters could earn as much as $10,000 a year, this brash print-shop owner from Indianapolis placed copywriter-for-hire ads in Printer's Ink, attracted clients, moved to New York and began earning $20,000 a year as a copywriter and PI columnist. His copy credo: Show price; use simple English; never overestimate the consumer's IQ; be truthful. At his agency, he set up one of the first art departments. Eventually, Bates became his own client as he marketed his own patent medicine.

Visionary free-spending builder of the world's largest media-entertainment-communications empire, the Australian newspaperman began dealing in 1977 with the acquisition of the failing New York Post. He added magazines and major papers in Chicago and London; revolutionized production practices; and created (and later sold) the national weekly The Star. The "King of the Tabloids" acquired TV Guide and its distribution company; created and merged satellite-linked cable networks; acquired Metromedia and the Fox film studio; TV station group created Fox Television as the "fourth network"; and acquired major sports teams to feed a seemingly insatiable global appetite for news and American-style entertainment and sports.

McCann introduced the "total marketing" concept in 1912 as he led his agency to overseas growth. Enthusiastic about motivational research studies, he took advertising beyond its creative focus and introduced public relations, research library, sales promotion and production survey services. The U.S. ordered Standard Oil Co.'s breakup soon after McCann became its ad manager in 1911, so he formed H.K. McCann the next year to provide ad continuity, and opened overseas offices. In 1930, the Depression led him to merge with Albert Erickson's smaller 17-year-old agency.

As TV commercials crowded and cluttered the programing environment, agencies sought "breakthrough techniques," creative ways to stop viewers in their tracks and engage them during commercial breaks. Enter Joe Sedelmaier. A successful Y&R and JWT art director-producer who opened a film production studio in 1967, he developed clutter-cracking commercials that featured the most unlikely, off-beat, one-of-a-kind non-actors and broke new ground. Sedelmaier's zaniness was evident in his work for Wendy's, ("Where's the beef?") and Federal Express ("Fast talker"), creating public and industry cutting-edge "buzz."

A Chase National Bank ad manager, Bates took a pay cut to join George Batten's New York agency as a "menial." There he worked alongside fellow Yalies William Benton and Chester Bowles, who opened Benton & Bowles in '29. Bates joined them in 1935 and, in 1940, encouraged by clients Colgate-Palmolive and Continental Baking, opened Ted Bates & Co. and took on those accounts. With Rosser Reeves and a Unique Selling Proposition, "hard-sell" approach, Bates grew to $25 million in billings within 10 years. In 1948, convinced service businesses required shared motivation to succeed, Mr. Bates gave 14 partners equal shares in the agency. Bates ranked No. 5, billing $425 million, at his death.

Advertising's first king of comedy, director Zieff was a master of casting, performance and timing when it came to telling captivating, funny human stories in 30 or 60 seconds. A native of Los Angeles, Zieff went to New York to pursue a career as an advertising photographer. His early print work with Doyle Dane Bernbach for Levy's and other clients cemented his reputation, but it was in TV commercials that he blossomed. To this day, such Zieff-directed spots as "Mamma mia" for Alka-Seltzer and "Funeral" for Volkswagen remain flawless expressions of the craft of commercial-making.

In 1867, Massachusetts native Thompson, known as the Commodore, joined Carlton & Smith, New York, as a space rep for religious magazines. After buying C&S in 1878, he acquired exclusive control of ad space and began creating ads. On becoming a major women's market resource, in 1886 he put his own name on the agency's door. Thompson introduced testimonial ads, pioneered census-based demographic and economic research that added scientific overtones to the industry, coined the phrase "It pays to advertise" and devised the account executive concept. However, with his account people controlling creative work, JWT's growth began to lag rivals' by 1900. In 1916, he sold JWT to Stanley Resor.

A Princetonian and oil company economist, Jacoby left Compton Advertising to join Bates in 1962 and became chairman in 1973. On May 12, 1986, he set off an industrywide firestorm by agreeing to sell Bates, then billing $3.1 billion, to the Saatchi brothers for $507 million. Some 320 Bates shareholders profited from Saatchi's spending spree, but it was Jacoby's share, more than $110 million, that roiled the waters. Believing their long-held suspicions about agency profits had been confirmed, advertisers put more pressure on agencies for the demise of the traditional 15% commission, questioning loyalties and "marketing partnerships." Bates lost $322 in billings and the deal unleashed suspicions that still animate the industry.

In his glory years, not even Oprah Winfrey and Roseanne together could add up to one Arthur Godfrey, whose relaxed chitchat, highly personal sales approach, and ingratiating smile represented "family" to 40 million CBS Radio and TV fans in the 1940s and '50s. For CBS, Godfrey meant top ratings and hundreds of millions in ad revenue. A masterful salesman for Lipton tea and soups as well as Chesterfield cigarettes, the ukelele-plunking "Ol' Redhead" was CBS' reigning daytime star when TV arrived. He adapted his casual music-and-(occasionally bawdy)-talk format and added "Talent Scouts" to TV.

While selling space as a college student, McGraw saw a need for specialized publications to serve the machinery, equipment and systems fields, and by 1885 was borrowing money to acquire an electrical industry publication. His prospering McGraw Publishing Co. then acquired Hill Publishing to create McGraw-Hill. When McGraw retired in 1936 as chairman, McGraw-Hill had 24 national trade publications, plus Business Week and McGraw-Hill Book Co., the largest technical book company. Known for high editorial and advertising standards, McGraw became the first to publish circulation figures and was known as the dean of industrial publishing.

As the post-World War II creative revolution got under way, this "street kid from Brooklyn" got the itch. His early copy gained widespread recognition and after eight years he and three associates opened Della Femina, Travisano & Partners, the first of his agency start-ups. His anti-establishment best-seller, "From Those Wonderful Folks Who Gave You Pearl Harbor," elevated him to celebrity status. The irreverence that characterized much of his work obscures the fact that Della Femina's creative upstarts demonstrated strengths that included determination, a sense of humor, dedication and a love of advertising.

Ben Duffy's new-business skills brought BBDO to worldwide influence and his enthusiasm for TV after World War II led the agency to place 80% of its media budgets into the new medium, thus modernizing the agency business. A high school dropout from Manhattan's Hell's Kitchen, Duffy went from the mailroom to president of BBDO in 1946. A skilled radio buyer, the charismatic leader virtually turned his agency into a TV production studio in creating TV's "golden age" offerings, linking them to clients seven nights a week. Billings soared from $50 million to $200 million during Duffy's decade as president. His close ties to Dwight Eisenhower led BBDO to assist in Ike's '52 and '56 presidential campaigns.

More than being considered the greatest basketball player ever, Jordan proved to be a marketing force of unmatched influence and power. His unique style, engaging personality, talent and work ethic transcended sports and spawned breakthrough business ventures. Beyond his Air Jordan and other Nike TV commercials with Wieden & Kennedy, which powered Nike sportswear into worldwide prominence, his golden touch in TV commercials built and sustained WorldCom and Quaker Oats Co.'s Gatorade thirst quencher and generated successful tie-ins with the fast-food and toy industries. Jordan used his role-model status and marketing savvy to build quality businesses and influence positive social 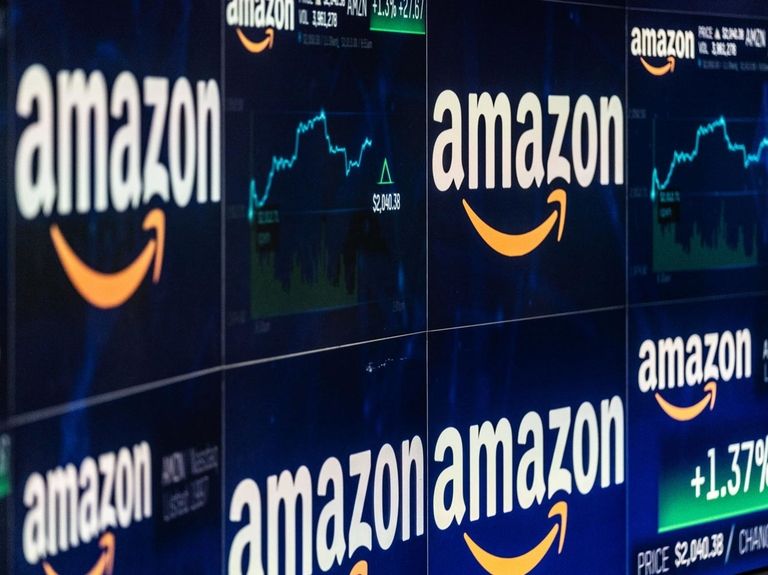 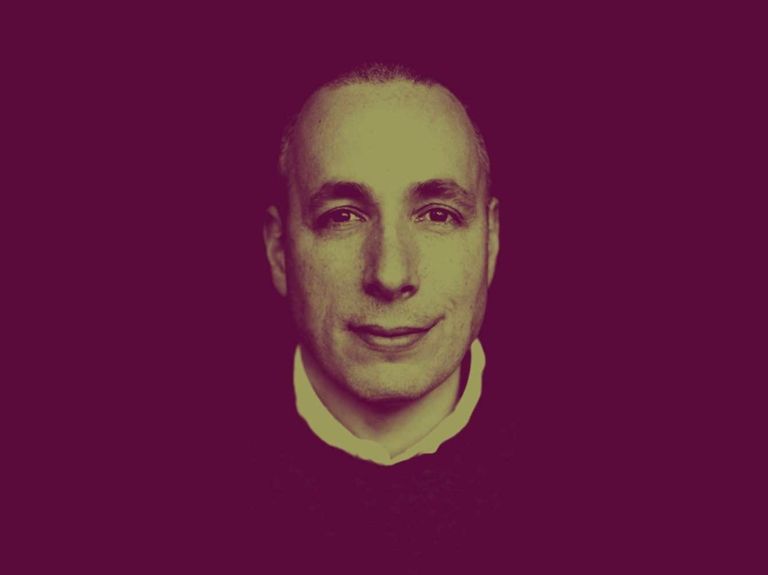 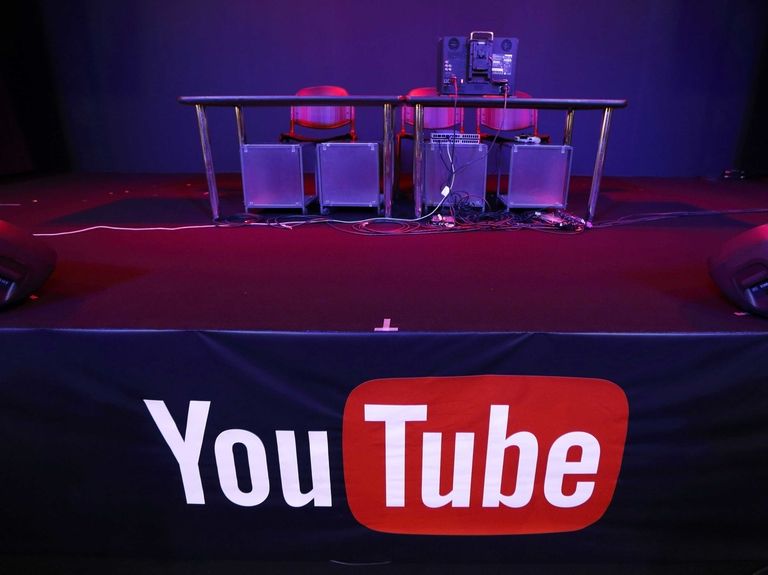 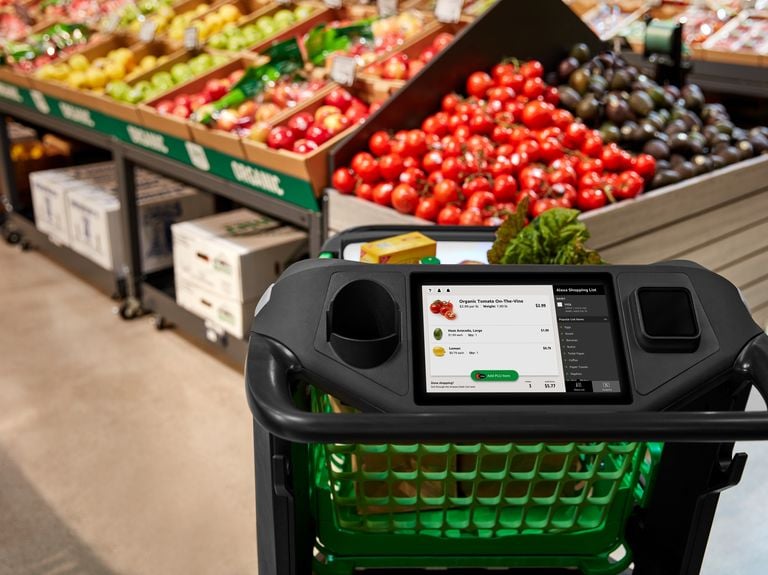