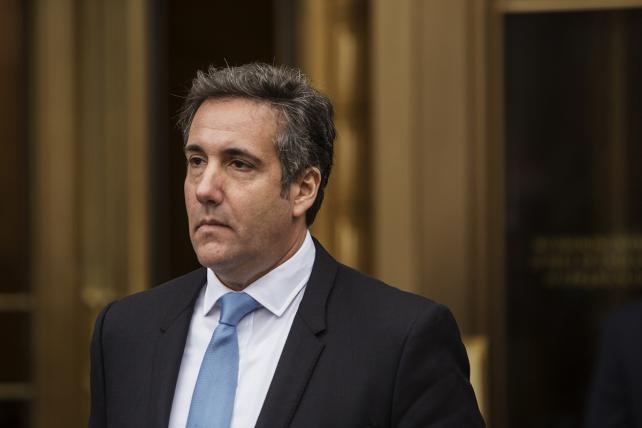 AT&T said its Washington policy chief is leaving the company in a shakeup of one of Washington's biggest corporate lobbying operations after the "big mistake" of hiring President Donald Trump's personal lawyer, Michael Cohen.

"Our company has been in the headlines for all the wrong reasons these last few days and our reputation has been damaged," AT&T CEO Randall Stephenson said in a memo to employees. "There is no other way to say it—AT&T hiring Michael Cohen as a political consultant was a big mistake."

"Our Washington D.C. team's vetting process clearly failed, and I take responsibility for that," Stephenson said in his memo.

Quinn has been in charge of AT&T's Washington lobbying since October 2016 after a long association with the company, including when it hired Cohen for a year-long contract that ended in December 2017. It said it hired him to help with its proposed $85 billion merger with Time Warner Inc. and other regulatory and policy issues. In November, AT&T provided information about Cohen to Robert Mueller, the special counsel investigating Russian interference in the 2016 presidential election.

At the time that AT&T engaged Cohen, it wasn't aware of "the current controversy surrounding Cohen," AT&T said in an internal email to employees this week.

AT&T spent almost $17 million last year, more than any single corporation except Google parent Alphabet Inc., according to the Center for Responsive Politics, a Washington-based group that tracks money in politics. It employed 96 lobbyists in the first quarter of 2018, including 17 on its payroll and the rest at some of Washington's most prominent firms.

Before rising to AT&T's top Washington job in October 2016, Quinn was in charge of federal regulatory affairs. He started as an operator for Illinois Bell in 1980 before going to law school and returning to the company as an attorney in 1993. He has represented AT&T at both the Federal Communications Commission and the U.S Department of Justice.