The judge declined to grant an injunction on separate prohibitions scheduled for Nov. 12 that are designed to further curb the app’s use in the U.S.
READ THIS NEXT
10 ways to virtually celebrate Martin Luther King, Jr. this holiday weekend 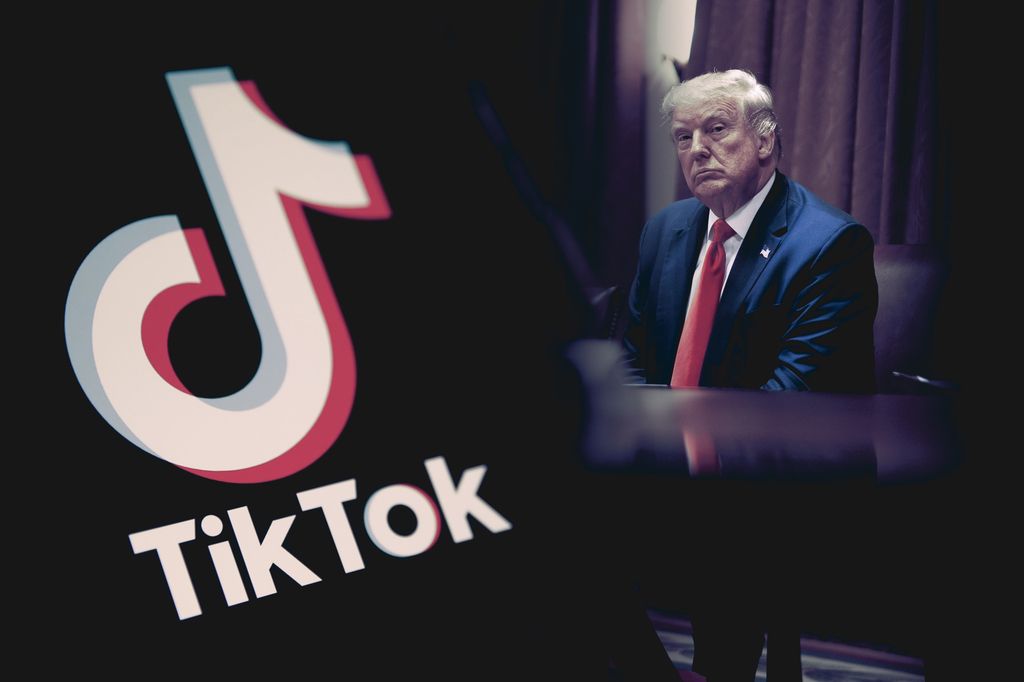 President Donald Trump’s ban on TikTok was temporarily blocked by a federal judge, dealing a blow to the government in its showdown with the popular Chinese-owned app that it says threatens national security.

After an unusual Sunday morning hearing, U.S. District Judge Carl Nichols granted a preliminary injunction against the ban on new downloads of the video-sharing network, which would have gone into effect at 11:59 p.m. in Washington. The judge declined to grant an injunction on a separate set of prohibitions scheduled for Nov. 12 that are designed to further curb the app’s use in the U.S.

TikTok’s owner, ByteDance, requested the hold after the president ordered the app out of American stores unless the company sold a stake in its U.S. operations to a domestic buyer. The ban would have removed TikTok from stores run by Apple and Google’s Android, the most widely used marketplaces for apps. People who didn’t yet have the app wouldn’t have been able to get it, and those who already had it wouldn’t have access to updates needed to ensure its safe and smooth operation. TikTok has been downloaded by more than 100 million Americans.

“We’re pleased that the court agreed with our legal arguments and issued an injunction preventing the implementation of the TikTok app ban,” the company said in a statement. “We will continue defending our rights for the benefit of our community and employees. At the same time, we will also maintain our ongoing dialogue with the government to turn our proposal, which the President gave his preliminary approval to last weekend, into an agreement.”

Related articles
TikTok judge tells U.S. to delay ban or argue for it by Friday
How Triller rose from the hype to become TikTok's most dangerous rival
Garett Sloane
What the TikTok ban means for brands
Garett Sloane
Trump says ByteDance can’t keep control of TikTok in Oracle deal

It’s the second legal ruling against the Trump administration’s efforts to crack down on popular apps with Chinese owners. Trump has called for bans on both TikTok and WeChat, owned by China’s Tencent Holdings, arguing that the apps could give China’s government access to millions of Americans’ personal data. WeChat users won a court injunction against a ban last week. The bans are part of an increasingly hard line Trump has taken on Beijing as the election approaches.

The TikTok order was issued with a sealed opinion, so the reasons for the judge’s ruling weren’t immediately available. The judge asked both parties to submit filings by 11 a.m. on Monday to say whether the opinion should be unsealed. The government submitted sealed papers on Friday that it said contained “confidential business information,” but much of that filing was later released with minor redactions. The judge also ordered both parties to submit a joint proposed schedule for further hearings “on or before” Sept. 30.

I am very happy that the court has granted an injunction preventing the implementation of the TikTok ban that would have prohibited new users to download the app.
We will continue to seek to protect the rights of our users, partners, artists, employees, businesses, and creators.

“The government will comply with the injunction and has taken immediate steps to do so, but intends to vigorously defend the E.O. and the secretary’s implementation efforts from legal challenges,” the Commerce Department said in a statement, referring to the president’s executive order.

A Treasury Department spokeswoman noted that the November sale deadline remains in effect. If the government chooses to appeal the decision, it would go to the U.S. Court of Appeals for the District of Columbia Circuit, one level below the Supreme Court.

ByteDance is fighting the Trump administration in court even as it pursues its approval for the sale of a stake in the U.S. business to Oracle and Walmart. The ruling Sunday doesn’t effect a Nov. 12 deadline for the sale. A lawyer for TikTok told the judge at Sunday’s virtual hearing that the ban was irrational given that ByteDance is in talks to strike a deal the president himself has demanded.

“How does it make sense to impose this app-store ban tonight when there are negotiations underway that might make it unnecessary?” attorney John Hall asked.

Even as the sale of TikTok is still awaiting final U.S. approvals, two of China’s most prominent state-backed media mouthpieces last week denounced the deal.

“What the United States has done to TikTok is almost the same as a gangster forcing an unreasonable and unfair business deal on a legitimate company,” the state-run China Daily wrote in an opinion piece. Hu Xijin, the influential editor-in-chief of the Party-run Global Times, tweeted that Beijing likely wouldn’t approve the current agreement as it endangered China’s national security.

After the U.S. decision, he tweeted that he welcomed the ruling. “I think it is in line with morality, justice and common sense,” he wrote.

Welcome this ruling. I think it is in line with morality, justice and common sense. It helps the US regain a little reputation in the world. But the US government is in a hysterical state and can hardly be calmed down with a sedative. The fate of TikTok is still worrying. pic.twitter.com/VuKPOBjm8W

TikTok’s lawyer told the judge Sunday that banning it from U.S. app stores would undermine security by preventing existing users from receiving weekly security updates. He argued that the government has less burdensome alternatives, such as the sale, to achieve its national-security aims. ByteDance says Trump is exceeding his authority with the ban.

“The consequences immediately are grave,” Hall told the judge. “It would be no different than the government locking the doors to a public forum, roping off that town square.”

His language echoed the ruling of a judge in California who put a hold on Trump’s WeChat ban last week, citing its effect on free speech and the irreparable harm that the ban would cause to the business.

At the hearing Sunday, Daniel Schwei, a lawyer for the Justice Department, countered that “the concern here is about data security risk and leaving data vulnerable to the Chinese government. It is a threat today, it is a risk today, and therefore it deserves to be addressed today.” The U.S. government decided last week to extend its deadline to allow for more sale discussions.

In a filing on Friday, the U.S. cited FBI Director Christopher Wray’s assessment that China poses the “greatest long-term threat to our nation’s information and intellectual property.”

TikTok is “challenging a national security determination by the president as well as the judgment of the secretary of commerce about what’s necessary to mitigate those national security harms,” Schwei told the judge. “And I think the court owes significant deference to that.”