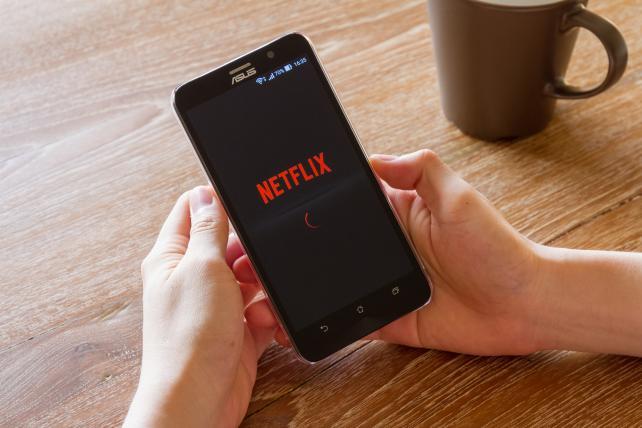 What people are talking about today
Netflix is embarking on a big ad push: It plans to boost its marketing budget by about 54 percent in 2018 to hit $2 billion. As the company says in its fourth quarter earnings release, "We want great content, and we want the budget to make the hits we have really big, to drive our membership growth." The Wall Street Journal says the news will be "welcome in the ad and media industries, which have seen a number of brands -- especially consumer products companies – pare back spending on marketing lately." To put the $2 billion number into context, Netflix plans to spend up to $8 billion on original content this year.

#PleaseStand
Veterans' association AMVETS wanted to put a print ad in the NFL's Super Bowl game program, but the NFL turned it down, USA Today reports. The proposed ad showed an American flag against a blue sky, with the message "#PleaseStand," an apparent reference to players kneeling during the national anthem to protest racial injustice. An NFL spokesman told USA Today that the game program is meant as a commemorative item and "has never been a place for advertising that could be considered by some as a political statement."
In a letter to the NFL commissioner that was posted on Twitter, AMVETS says its message isn't meant to judge players who kneel. "It's a simple, polite request that represents the sentiment of our membership, particularly those whose missing or paralyzed limbs preclude standing," the letter says. It adds: "Freedom of speech works both ways." And it says the NFL has committed "corporate censorship."

A short run
About a week ago, hijab-wearing beauty influencer Amena Khan announced that she was part of a UK campaign for L'Oreal haircare brand Elvive. Her inclusion was seen as groundbreaking; as she told Vogue UK, "They're literally putting a girl in a headscarf -- whose hair you can't see -- in a hair campaign." But there was a backlash over tweets that she had written in 2014 that were reportedly critical of Israel, and on Monday she apologized on Instagram and said she was stepping down. She also said she had deleted the tweets, "as they do not represent the message of harmony that I stand for." It wasn't clear what the deleted tweets actually said; both the BBC and CNN said they hadn't been able to see them before they were erased.

Facebook
Facebook is looking harder at its flaws (such as, it just acknowledged that it can pose issues for democracy.) It seems everybody else is lining up with criticism too. Media mogul Rupert Murdoch is pushing for Facebook to pay "trusted" publishers, "much like a cable company pays networks for their channels," as Ad Age's Garett Sloane writes. Murdoch argues that "publishers are obviously enhancing the value and integrity of Facebook through their news and content but are not being adequately rewarded for those services."
Of course, that's basically what you'd expect Murdoch to say. But Facebook has thrown a lot of curveballs at publishers lately, and Murdoch isn't alone in his annoyance. As Sloane writes, "Like Murdoch, many publishers are at the tipping point, ready to move on from Facebook in favor of rivals like Twitter and Apple—if they can."

Just briefly:
Gen Z: Ad Age continues its deep-dive into Gen Z, the post-millennials. Jack Neff examines what's different about the Gen Z influencer culture. Lindsay Stein talks to a creative studio named Adolescent --"dedicated to content made by youth for youth"-- and to a teenage director with strong ideas about traditional advertising. ("My generation is really hypersensitive to bullshit.")

City spotlight: Minneapolis, which is hosting the Super Bowl on Feb. 4, is a thriving agency town. As Ad Age's E.J. Schultz writes, Minnesota is also in the midst of a campaign to rebrand in a way that embraces its cold weather. It doesn't want to be lumped in with the rest of the Midwest anymore. It's the "North."

Rosie the riveter: Naomi Parker Fraley, the woman who inspired the World War II "We Can Do It!" poster, has died, The New York Times says. The poster was originally created as an internal message for factory workers at Westinghouse, The Times says, but it became famous after being discovered in the 1980s.

Creativity pick of the day: Danny DeVito floats in a bath of chocolate in a teaser for M&M's Super Bowl spot. (How did he get the chocolate out of his ears afterward?) Read more by Ad Age's Jeanine Poggi and watch it here.