Tuesday Wake-Up Call: Brands are kind of uninspired by the #RoyalBaby. Plus, what WPP should do | Ad Age
Skip to main content

Tuesday Wake-Up Call: Brands are kind of uninspired by the #RoyalBaby. Plus, what WPP should do 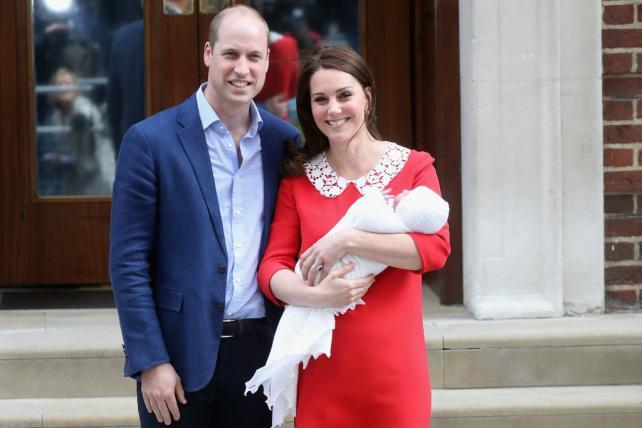 Welcome to Ad Age's Wake-Up Call, our daily roundup of advertising, marketing, media and digital news. What people are talking about today: Since we don't know the name of the new addition to the British royal family yet, let's just refer to the 8 pound, 7 ounce-babe as the #RoyalBaby. Some brands offered congratulations via social media, but since this is baby No. 3, there seemed to be less creativity this time. (As The Drum writes, "sequels are always more difficult.") Boots, the U.K. pharmacy chain, posted a bland congratulations, a generic photo of the royal parents and a celebratory emoji. Ditto for British Airways, but with three emojis. (Seriously, that's all you've got?) Retailer John Lewis tweeted a photo of classic baby buggy with the caption, "Your carriage awaits," in fancy-looking script. (Better.) Netflix shamelessly used the occasion to plug its show about the royals, "The Crown." Because the #RoyalBaby was born in Paddington, @paddingtonbear wondered if the Duke and Duchess might consider calling him Prince Paddington. Sorry to disappoint, but the bookies are going with Arthur, Albert and Philip, according to the BBC.
Flashback: If royal babies really aren't your thing, refer to satirical magazine Private Eye's classic cover from when Prince George was born in 2013. The giant headline was: "Woman has baby."

Memo to WPP
Ad Age's Megan Graham talked to the experts about what WPP's board should do now, after the surprise exit of longtime CEO Martin Sorrell amid an investigation into unspecified "personal misconduct." She's rounded up 10 suggestions, several of them rather pointed. Sandy Greenberg, co-founder & CEO of Terri & Sandy, says WPP needs to come clean about the Sorrell investigation, but also about why former J. Walter Thompson CEO Gustavo Martinez still works for the agency holding company in Spain despite exiting JWT after a lawsuit accused him of "racist and sexist slurs." Here's what Greenberg told Graham:

"There is a great mystery to both of these very public episodes. Why would anyone ever trust this organization? I would recommend lifting the veil of secrecy, telling the truth, and making a promise that transparency will be a key priority moving forward."

Another exec says maybe WPP should take a look at WeWork's model, because "giant agencies don't feel like the future." Read more here.

De-cluttering
"Nestlé, one of the biggest advertisers in the U.S., is looking to pare down its agency roster," write Ad Age's Jessica Wohl and Megan Graham. Their sources tell them the move covers the company's businesses under the Nestlé USA umbrella. It's a consolidation designed to cut costs, according to several of their sources. Nestlé, whose brands include Purina, Gerber and Nespresso, is the latest big advertiser looking to simplify its agency relationships and save money. E.J. Schultz wrote Monday in Ad Age about Volkswagen doing something similar with a review of global creative agencies.

'This is all a sham'
Sears' CEO, who is also its largest shareholder, says his hedge fund "would be willing to buy Sears's real estate holdings, its appliance-parts business and the Kenmore appliances brand, among other assets," The New York Times writes. But would Edward S. Lampert's offer strengthen the struggling Sears brand with new cash or weaken it by separating it from its trusted Kenmore brand? Business Insider talked to Mark Cohen, former CEO of Sears Canada, about the new offer: "This is all a sham," he told Business Insider. "The notion that this is anything other than an asset strip is preposterous."

Just briefly:
Wait and see: Google says it's well-prepared for the European Union's strict new rules on user data, the Global Data Protection Regulation or GDPR. But in an earnings call, CEO Sundar Pichai offered "little if any insight" into how the new rules might affect its ad business, George Slefo writes in Ad Age.

Not so fast: The EU is investigating Apple's planned takeover of music service Shazam, out of concerns Apple could "use the app's data to lure customers to its own music service," Bloomberg News reports.

Well that settles it: In a blog post, Facebook answers this FAQ: "If I'm not paying for Facebook, am I the product?" Facebook responds: "No. Our product is social media – the ability to connect with the people that matter to you, wherever they are in the world." Mashable's interpretation: "Facebook really, really wants you to believe you're not the product it's selling."

[email protected]: Amazon is at work on a secret plan to make a robot for the home, Bloomberg News reports: "It's codenamed 'Vesta,' after the Roman goddess of the hearth, home and family."

Blank: The Chicago Sun-Times ran a blank front page on Monday, and Ad Age's Simon Dumenco has a pop quiz about why.

Star-crossed: Britain's Royal Mail celebrated Shakespeare's 454th birthday with Royal Shakespeare Company actors who play Romeo and Juliet. As Ad Age's I-Hsien Sherwood writes, some commenters got snarky about that, since the play ends in tragedy because a letter wasn't delivered on time.

Headline of the day: "McDonald's is trying to figure out how to stop sucking," Fast Company writes, atop a story about the fast food chain's effort to use fewer plastic straws.

Creativity pick: Spotify took over New York's Broadway-Lafayette station with art celebrating David Bowie, including a striking portrait on a staircase. What's the occasion? There's a show about the late star at the Brooklyn Museum. As Alexandra Jardine writes in Ad Age, "Each piece will also contain a unique Spotify code linking to Bowie's music that will accompany the underground experience."