Tuesday Wake-Up Call: Your Facebook and Cambridge Analytica update. Plus, 'retailpocalypse' and more. 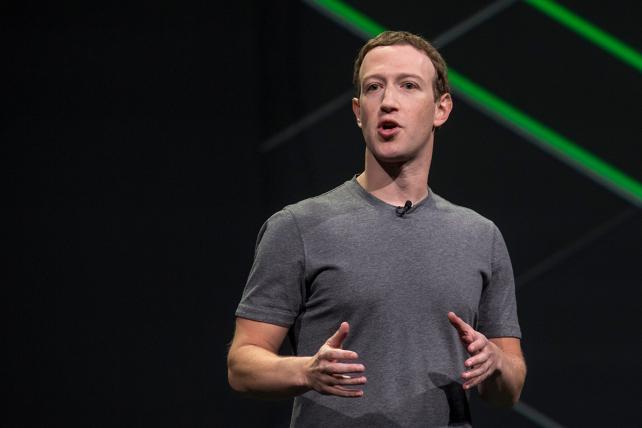 Welcome to Ad Age's Wake-Up Call, our daily roundup of advertising, marketing, media and digital news. What people are talking about today: The outcry over Facebook, political data firm Cambridge Analytica and their handling of user data isn't going away, and there's a steady stream of developments keeping it in the news. (If you're still catching up on this story, start with this look at the whistleblower, via Ad Age's Simon Dumenco.) Facebook founder Mark Zuckerberg hasn't said anything publicly about how Cambridge Analytica was able to harvest data from 50 million Facebook profiles. In fact, Zuckerberg's latest Facebook post dates back to March 2, when he was baking cookies for Purim.

Among the new headlines:
1. "The uproar pushed Facebook's stock down 6.8% to $172.56 Monday, wiping out about $36 billion in market value." (The Wall Street Journal)
2. "Facebook has scheduled an open meeting to all employees Tuesday so they can ask questions about the unfolding Cambridge Analytica data privacy scandal." (The Verge.) It's scheduled to last 30 minutes and it will be led by the company's deputy general counsel.
3. Alex Stamos, Facebook's chief information security officer, plans to leave the company by August, which "reflects heightened leadership tension at the top of the social network," The New York Times reports. The Times says it spoke to seven current and former Facebook employees to report the story. (Stamos says on Twitter that he's still "fully engaged" at Facebook. Which isn't a denial.)
4. "Executives from Cambridge Analytica, hired by the Trump presidential campaign, have been caught on tape promising an extraordinary package of strategies to potential clients including filming opponents in compromising situations with Ukrainian sex workers," The Daily Beast writes of U.K. station Channel 4's documentary.
5. Cambridge Analytica retorts that the Channel 4 footage was "edited and scripted to grossly misrepresent the nature of those conversations and how the company conducts its business," CNN reports.
6. What does the blowback mean for Facebook's ad business? Maybe not much. An eMarketer analyst says it's not likely to cause advertisers to leave. "If Facebook were forced to change the way it uses data or the way its ad products work, then advertisers may become less enamored with it," Debra Aho Williamson, eMarketer's principal analyst, said in an emailed statement. "But for now, we see no signs of advertiser demand diminishing." eMarketer expects worldwide ad spending on Facebook to rise more than 22 percent this year.

#MarchForOurLives
The March For Our Lives demonstrations happen Saturday in Washington, D.C., and country-wide. Ad Age asked agency creatives to design posters that marchers can print for the event; people can download high-res versions here. (It's not too late to submit designs to Creativity Editor Ann-Christine Diaz, [email protected]) The brief: Ad Age partnered with the Gun Safety Alliance to call for creative work that would help students get out their message against gun violence; artist Edel Rodriguez, known for his iconic Donald Trump covers for Time magazine, helped spread the word and picked his favorite. Read more by Diaz here, and see what's been submitted so far, including from creatives at TBWA/Chiat/Day NY, BBH La, Doner and more.

Just say no
President Trump is calling for a big, 1980s-style anti-drug campaign to tackle the opioid epidemic. As CBS reports, Trump says the ads would "scare [kids] from ending up like the people in the commercials." While we wait to find out more, Ad Age resurfaced 10 classic anti-drug ads. You probably remember the "This is your brain on drugs" commercials. But what about the Teenage Mutant Ninja Turtles' anti-drug PSA, which concludes with their catchphrase "cowabunga"?

Retailpocalypse, continued
Toys R Us shutting down all its U.S. stores is the retailpocalypse story of the month, but here's news you may have missed: Claire's Stores, the pre-teen mall jewelry shop, has filed for Chapter 11 bankruptcy protection in the U.S. and reportedly plans to close some underperforming stores. The New York Times says the company cited declining mall traffic in its filing. Claire's is where generations of kids have gotten their ears pierced. In the case of this reporter, a child of the '80s, Claire's is where she bought banana clips and her jangly plastic charm necklace. Remember those?

Out: Michael W. Ferro Jr., stepped down as chairman of Tronc on Monday, just before Fortune published a story in which two women accused him of "inappropriate advances."

Bankrupt: The Weinstein Co., co-founded by disgraced Hollywood producer Harvey Weinstein, filed for bankruptcy protection. As The New York Times says, it also released anyone "who suffered or witnessed any form of sexual misconduct by Harvey Weinstein" from nondisclosure agreements.

#MeToo and fashion photographers: "The dirty little secret of the great fashion-industry purge of '17-'18—beyond an entrenched, unchecked culture of sexual misconduct—is that the racket was rapidly running out of steam already," writes Ad Age's Media Guy, Simon Dumenco.

Pro tips: For Ad Age's travel issue, agency execs who spend a lot of time on the road offer up their travel tips and tales to Ad Age's Megan Graham. Brady Donnelly, for example, managing director and founder at Hungry, doesn't sit next to people from work on the plane, or otherwise "it can be like an elongated meeting."

Creativity pick of the day: In Apple's latest ad, a teenager who uses facial recognition to open her iPhone X discovers a superhero-like capacity to unlock everything around her with a mere glance. Notebooks tumble out of lockers and frogs leap from jars in the science lab. As Alexandra Jardine writes of the spot by Dougal Wilson, "It's super-fun--and gets the product message across in spades." Watch it here.