Tuesday Wake-Up Call: YouTube Tries to Clean Up. Plus, Cyber Monday Isn't What It Used to Be | Ad Age
Skip to main content

Tuesday Wake-Up Call: YouTube Tries to Clean Up. Plus, Cyber Monday Isn't What It Used to Be

READ THIS NEXT
US agencies will lose 52,000 jobs through 2021, Forrester predicts 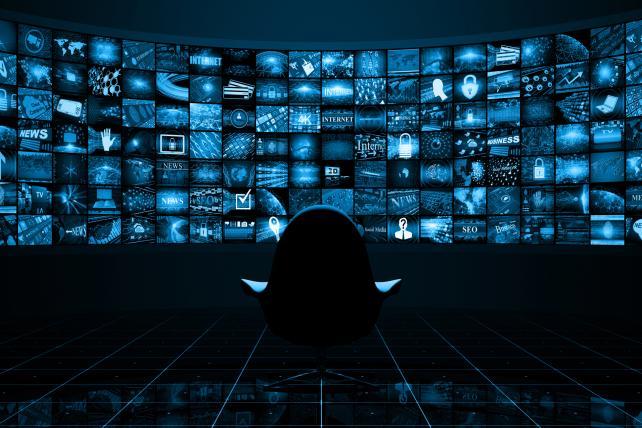 What people are talking about today: YouTube is frantically trying to clean up its content after a report that it was making ad revenue from videos that attracted pedophiles, a revelation that led companies including Mars and Adidas to halt advertising on the platform. Google's YouTube service says it "terminated more than 270 accounts and removed over 150,000 videos from our platform in the last week," Vice News reports. The platform also removed ads from almost 2 million videos and over 50,000 channels that were "masquerading as family-friendly content," Vice says.

YouTube's latest crisis with advertisers stems from a report in The Times of London that showed how ads appeared alongside videos of kids that attracted disturbing comments from apparent pedophiles. Google is a world leader in artificial intelligence. Google's AI can beat the world champion in the ancient game of "Go," and it can translate "The Great Gatsby" into decent Japanese. So couldn't it have figured out that YouTube was earning ad revenue from videos of scantily clothed kids?

Manifesto
Facebook has a new mission statement to explain its advertising priciples. It's full of optimistic, Silicon Valley-esque slogans ("We build for people first." "Advertising should be transparent.") Above all, it's vague, leaving out any references to times when Facebook screwed up. There's no mention of, say, Kremlin-linked troll farms. Luckily, Ad Age's Garett Sloane has translated it for you to make it all a little clearer. We don't want to spoil any of his humor or analysis for you, so just read his piece here.
More about Facebook: The social network is rolling out technology to detect suicidal posts from users, TechCrunch reports.

Dove + SheaMoisture
Unilever, which owns Dove, has agreed to acquire U.S.-based Sundial Brands, which makes brands including SheaMoisture, as Ad Age's Jack Neff reports. Sundial's CEO is Liberia-born entrepreneur Richelieu Dennis, who tapped into African beauty traditions to inspire the company's skin and haircare products. Both Dove and SheaMoisture have faced a backlash for ads recently, as Neff points out: A Dove ad seemed to show a black woman transforming into a white woman, while a SheaMoisture video was criticized for featuring white women, sparking concerns the brand would lose sight of its core African-American consumers. As Neff writes, the acquisition deal includes "a $50 million New Voices Fund to back women-of-color entrepreneurs, with a goal of attracting an additional $50 milliion from outside investors." That seems like an attempt to assure any concerns about a global conglomerate taking over. On Twitter, some commenters seemed wary of the deal.

Monday blues
If you waited until yesterday's Cyber Monday promotions to buy toys like Hatchimals online, you were out of luck – they were already sold out, as Ad Age's Adrianne Pasquarelli writes. A lot of the online shopping had happened already over the weekend. Cyber Monday looks poised to set new sales records (Adobe Insights is predicting $6.6 billion, up 16.5 percent from last year). But it's lost some of its meaning and spirit, now that people are on the internet shopping throughout Thanksgiving weekend. Maybe the whole Cyber Monday concept is getting a bit passé – and the word "cyber" itself is so 2005.

Just briefly:
It's over: CBS is calling it quits on "Wisdom of the Crowd," with star Jeremy Piven facing sexual harassment allegations by several women, Ad Age Anthony Crupi writes. Piven denies the accusations against him.

Lawsuit: The state of Illinois and the city of Chicago are suing Uber for keeping quiet about the breach that exposed the data of 57 million people, The Wall Street Journal reports.

Been there, done that: Wix.com will skip the upcoming Super Bowl and focus on digital advertising, Jeanine Poggi of Ad Age writes.

Handy: Starbucks has a new holiday cup out, featuring a cartoon heart and a pair of hands. And as Ad Age's Jessica Wohl explains, there's been a surprising amount of chatter this season about the symbolism of Starbucks' use of hands.

Junk food: Children see up to 12 ads for junk food in one hour of family programming on UK television, according to a Liverpool University study. And experts are calling for tighter restrictions, The Guardian says.