After years of inaction against the president’s tweets, which are often controversial, Twitter has started to take a more aggressive stance in recent weeks
READ THIS NEXT
Lady Gaga's Oreo collab predicts a brighter 2021, and the Super Bowl is selling out slowly: Thursday Wake-Up Call 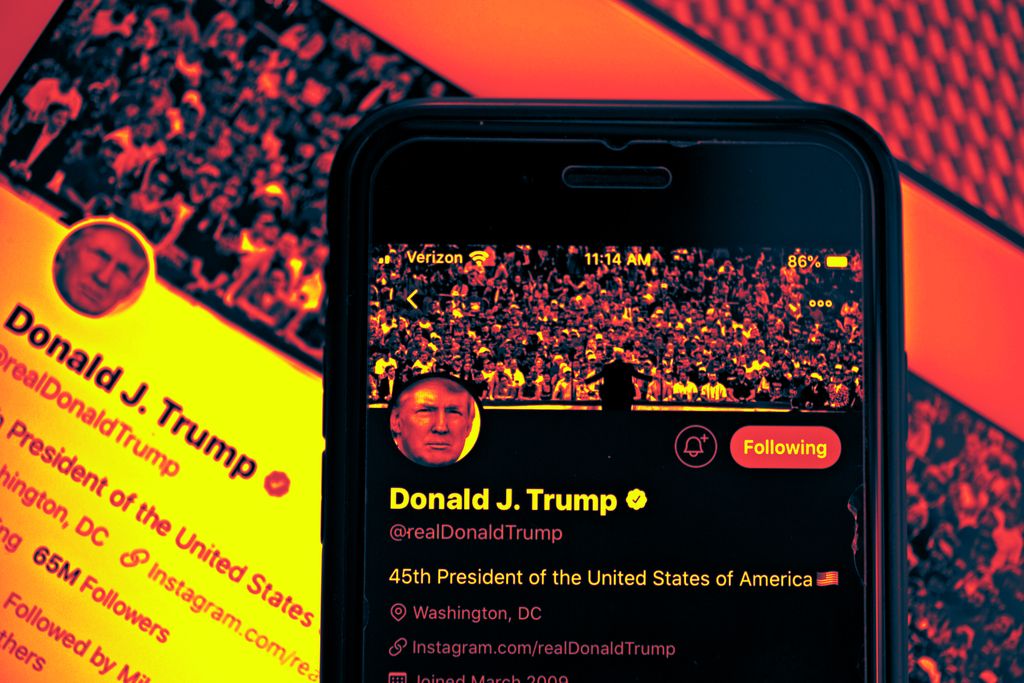 Twitter Inc. has hidden a tweet from President Trump for violating the company’s policies regarding threats of harm.

“There will never be an ‘Autonomous Zone’ in Washington, D.C., as long as I’m your President,” Trump tweeted, referring to an area in Seattle occupied by protesters where police aren’t operating. “If they try they will be met with serious force!”

Tim Murtaugh, a spokesman for Trump’s re-election campaign, suggested in a tweet Tuesday that Twitter was biased for hiding the president’s post. “Twitter has flagged this tweet because the President said the law would be enforced if protesters tried to occupy a sector of DC like they have in Seattle,” Murtaugh wrote, using emojis to add that Twitter supports “lawless occupations.”

Twitter has flagged this tweet because the President said the law would be enforced if protesters tried to occupy a sector of DC like they have in Seattle.

To recap, from Twitter’s perspective:

👎for stopping them from doing it

After years of inaction against the U.S. president’s tweets, which are often controversial, Twitter has started to take more aggressive action in recent weeks. In late May, the company flagged two Trump posts for sharing misleading information about mail-in ballots, part of a new policy preventing false or confusing information related to elections.

Shortly after that, Twitter highlighted another tweet for violating rules against glorifying violence when Trump tweeted that “when the looting starts, the shooting starts,” a reference to protests against police brutality and racism in Minneapolis.