Aleve, Advil Strike as J&J Increases Production and Starts to Put Product Back on Shelves
READ THIS NEXT
Facebook considers banning political ads in the lead-up to the U.S. election

After a series of recalls and government-mandated plant shutdowns, Johnson & Johnson's iconic Tylenol brand has become a shadow of its former self. But with J&J slowly increasing production and eyeing a possible return to full availability by next year, competitors are ramping up marketing efforts to lock in their gains.

Tylenol has shed more than 20 share points over the past two years in a $2.4 billion category within outlets measured by SymphonyIRI Group, and $4 billion-plus when all retail channels are taken into account. Some believe it will never fully return to its standing with consumers and retailers after more than two years of recalls and limited production. 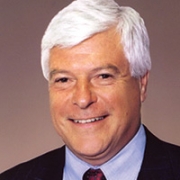 Burt Flickinger, principal with the Strategic Resource Group consulting firm, said it looks like both retailers and consumers have moved on. Tylenol gets only one facing for many key products at Walmart Stores, and that slot is often empty.

Others, such as New England Consulting Group principal Gary Stibel, conside Tylenol a strong brand that will benefit from Americans' short memories. There's no real precedent in packaged goods or over-the-counter drugs for such an extended share loss followed by a proportionate rebound. Mr. Stibel cites Newt Gingrich as evidence that a brand with severely curtailed distribution for more than a decade can once again become a category leader.

To be sure, J&J and Tylenol will have to stage a turnaround. J&J's market share in internal analgesics was 35% as recently as 2008 before bottoming out at 8.1% in the third quarter of last year, according to SymphonyIRI data from Deutsche Bank. With some production returning, J&J's share inched up to 9.8% in the fourth quarter and 10.7% in the 12 weeks ended Dec. 25.

But J&J's competitors are working hard to keep that rebound from continuing. Bayer's Aleve last week, for example, launched Arthriving.com, a lifestyle-oriented site from Energy BBDO featuring product reviews and tips for people with osteoarthritis.

"Certainly over the past two years we've been able to capitalize" on lack of Tylenol availability, said Amy Capello, marketing director for Aleve at Bayer. "Through some of our marketing efforts and campaign, we've been successful in attracting new people. The people we've brought in are very satisfied with their experience."

Arthriving.com aims to further build loyalty by putting Aleve at the center of broader lifestyle adaptations for chronic arthritis sufferers, a key consumer group in the category. The U.S. Centers for Disease Control and Prevention estimates that there are 50 million people in the U.S. with doctor-diagnosed arthritis today, and the number is expected to grow to 67 million by 2030 as aging and obesity fuel growth of the condition.

Advil, along with Aleve sibling Bayer aspirin, has substantially ramped up spending in recent years as J&J pulled the plug on ads for Tylenol when its recall woes began in late 2009. J&J spent less than $1 million on internal analgesics through the first 10 months of 2011, though it did spend $13 million on Tylenol Precise pain patches. That compares to a $164 million outlay on Tylenol in 2009 before the recall crisis, according to Kantar Media. Interpublic's Martin Agency, Richmond, Va., handles Tylenol.

J&J Chairman-CEO William Weldon said on a Jan. 24 earnings conference call that full production for Tylenol and other drugs affected by recall crisis and a reopening of a key plant in Pennsylvania won't come until 2013.

Such products as Tylenol Severe Cold caplets and some children's and infant's Tylenol brands have returned to shelves, and J&J expects more to come back throughout 2012, Mr. Weldon said.

"It will be awhile until we reclaim the share," he said, adding that he expects most products back on the market by the end of 2012, with marketing support returning accordingly. "People are looking forward to getting [the products] back," Mr. Weldon said, citing signs of strong consumer approval.

All branded competitors have made gains on Tylenol. Advil overtook it for leadership among brands in the category in the past year, and Aleve pulled within about two share points of becoming No. 2 for the 52 weeks ended Dec. 25, according to SymphonyIRI.

But private label has made the greatest gains, and now leads all brands in the business, with a 38% share.

Mr. Flickinger said retailers generally reset OTC shelves in the spring, so it may be more than a year before Tylenol could hope to get its slots back. Even then, he said, retailers won't be quick to give back gains won by their high-margin store brands.

But even private label could benefit from a little more Tylenol availability, he said, since it can be hard for consumers to tell what store brands are substituting for when branded products aren't on the shelf.