Also, MDC wishes upon a constellation; ad watchdog targets Rihanna's Fenty, and why your brand needs superfans
READ THIS NEXT
Brands want to replace racial stereotypes on packages. Not all customers agree 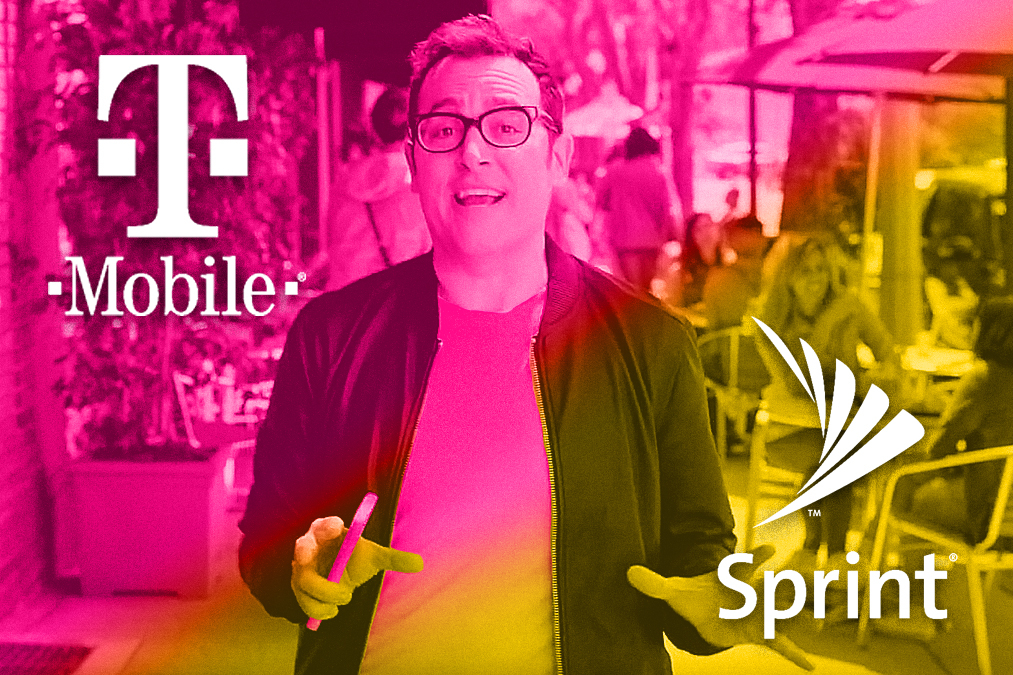 A federal judge has signed off on T-Mobile and Sprint’s proposed $26.5 billion merger, rejecting the argument that it will crimp competition, reports Bloomberg News. “T-Mobile has redefined itself over the past decade as a maverick that has spurred the two largest players in its industry to make numerous pro-consumer changes,” U.S. District Court Judge Victor Marrero wrote in his decision, clearly referencing its un-carrier advertising. “The proposed merger would allow the merged company to continue T-Mobile’s undeniably successful business strategy for the foreseeable future.”

Omnicom healthcare business in the pink

MDC is rolling up several shops into a group called Constellation. The collective, reports Lindsay Rittenhouse, includes creative agencies 72andSunny and Crispin Porter Bogusky; digital brand and experience shop Instrument; strategy and design firm Redscout, and production shop Hecho Studios. “For so long, we’ve been part of the same family, but sitting at different tables," said John Boiler, creative co-chairman of 72andSunny. "Now we can work together to solve problems on a bigger scale.” The celestial syntax calls to mind the September 2018 merger of MDC's Forsman & Bodenfors with KBS, when the agency kept the latter's soon-to-be-retired acronym alive by naming a star "KBS" in the Corvus galaxy.

Advertising watchdog Truth in Advertising has charged Rihanna’s Savage X Fenty lingerie brand with being, well, less than transparent. It has brought allegations of deceptive marketing by the company to the Federal Trade Commission and California regulators. The group claims “that the lingerie company deceptively promotes discounts and prices that are only available to consumers who are part of the company’s membership program, without clearly disclosing that fact in its marketing. It says consumers are enrolled by the company into an ‘Xtra VIP Membership’ without clearly disclosing terms and conditions, like needing to ‘take affirmative action every month to avoid recurring monthly charges,’” writes CNBC.

The Interactive Advertising Bureau has introduced Project ReArc, an initiative intended to help the $100 billion digital advertising industry overcome targeting challenges now that Google is disabling cookies in 2022. The idea, writes George P. Slefo, is to require brands, agencies and ad tech players to collaborate on a universal login that would enable consumers to manage privacy settings while also allowing media buyers to target them with ads. Ad retargeting company Criteo, meanwhile, saw revenue fall 3 percent year over year, and expects revenue another drop by as much as 10 percent in the next quarter, due to the coming cookie conundrum.

The New York Times reports on the proliferation of Amazon’s “pseudo-brands,” listed on the site by third-party sellers with odd names like FREETREES, Nertpow and SHSTFD. “These brands, supported by minimal conventional marketing, stocking the site with disparate categories of goods, many evaporating as quickly as they appeared, are challenging what it means to be a brand,” writes the Times, adding, “They’ve also helped overwhelm the United States Patent and Trademark Office, which, not unlike an Amazon shopper, has for years found itself mystified by pseudo-brands as it continues to approve them. Maybe they’re the future of shopping. They’re certainly part of the now.”

I want my IGTV: Instagram's IGTV is planning to introduce commercials and share ad revenue with creators, just like YouTube, in the coming weeks, Garett Sloane reports.

Why your brand needs superfans: E.J. Schultz looks at how marketers can engage "micro-influencers" to their advantage."Superfans present a story that captures interest—why would anyone be that into pizza or eye shadow?—and within their devotion is something unique and wonderful about the product that seems more genuine to the viewer," said consumer psychologist Kit Yarrow.

Is someone besides you reading this email?
A number of free email apps are selling “anonymized or pseudonymised data derived from users' inboxes” to clients to use for marketing purposes, according to Vice.  Among those cited in the story are Foxintelligence, which it says "has data that comes from users of the Cleanfox app, which tidies up users' inboxes,” along with Rakuten’s Slice and Edison.

That does it for today’s Wake-Up Call; thanks for reading. For more industry news and insight, follow us on Twitter:@adage.