Household outlays in April fell 13.6 percent from the prior month
READ THIS NEXT
Facebook considers banning political ads in the lead-up to the U.S. election 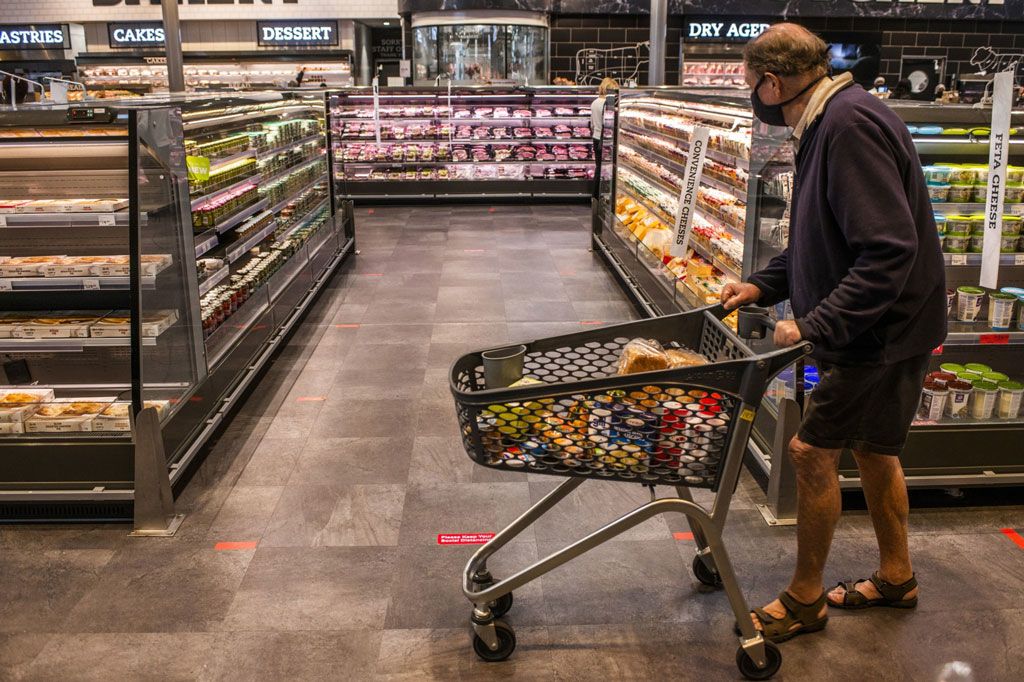 U.S. consumer spending plunged in April by the most on record as widespread government lockdowns largely prevented Americans from spending federal stimulus payments in the month.

Household outlays fell 13.6 percent from the prior month, the sharpest drop in more than six decades worth of data, a Commerce Department report showed Friday. The median estimate in a Bloomberg survey of economists called for a 12.8 percent decline.

Incomes posted a record 10.5 percent increase, compared with estimates for a 5.9 percent decline, as federal stimulus payments were distributed under the CARES Act, the report said. It showed government social benefits rose by $3 trillion in April, up from a $70.2 billion gain the prior month. That helped drive the personal savings rate to a record 33 percent from 12.7 percent.

But the rise in income temporarily masks the fact that people are in a fragile economic position, says Michelle Meyer, head of U.S. economics at Bank of America Corp.

“Unemployment insurance only offsets less than half of the loss in compensation,” Meyer says. “The reason the numbers look so extreme this month was because of the one-time checks that were sent out—which won’t be continuing.”

A separate report Friday showed consumer sentiment stumbled in late May as pessimism built about the economic outlook. The University of Michigan’s final sentiment index fell to 72.3 from a preliminary reading of 73.7.

The coronavirus pandemic halted purchases of all but the most essential goods and services amid the lockdowns, but gradual reopenings nationwide will boost spending in the coming months. Even though the temporary income replacement will help Americans to start spending again, economists expect it will take a year or more before spending recovers to pre-virus levels.

U.S. stocks fell as investors weighed the decline in consumer spending and awaited President Donald Trump’s latest response in his escalating feud with China. The yield on 10-year Treasuries sank.

The Federal Reserve’s preferred gauge of consumer prices rose 0.5 percent from a year earlier, the slowest pace since 1961 and far below the central bank’s 2 percent target. The core price index, which excludes more-volatile food and energy costs, advanced 1 percent, the least since 2011.