The Victoria’s Secret Fashion Show is not happening this year: Friday Wake-Up Call

Plus news on YouTube, Twitter, Pepsi and more
READ THIS NEXT
Ad Age President and Publisher Josh Golden is leaving the publication 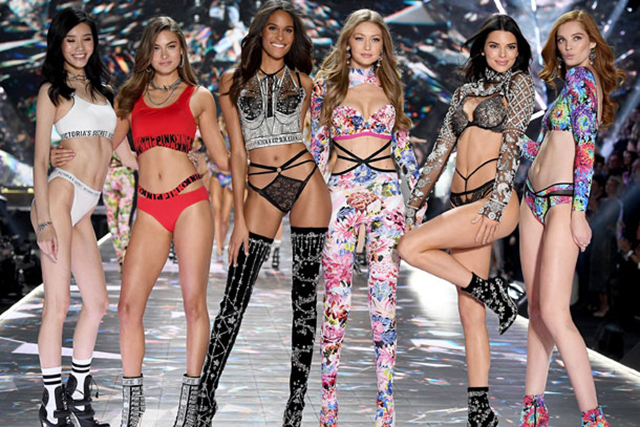 Runway closed
It’s official now: There will not be a Victoria’s Secret Fashion Show this year. At a time when many other lingerie brands (like Rihanna’s Savage X Fenty) are celebrating real women's bodies, some consumers found Victoria's Secret's display of thin models strutting in lingerie and stilettos to be backwards and off-putting. “We think it’s important to evolve the messaging of Victoria’s Secret,” Stuart Burgdoerfer, chief financial officer of parent company L Brands said on an earnings call. “We will be communicating to customers, but nothing similar in magnitude to the fashion show.”

The brand has struggled to update its image, and sales have suffered. The Cut writes:

“Victoria’s Secret has become emblematic of an outdated kind of sex appeal, one that was sold to women but catered to men. It also probably doesn’t help that Les Wexner, the former CEO of L Brands, was a well-known client of Jeffrey Epstein.”

No. It definitely doesn’t help.

Ads for “edgy” YouTube videos
YouTube says it’s trying to find advertisers for video content that was previously deemed too "edgy" to attach ads to. “Videos that might be more violent in nature (like stunts, challenges or simulated action) largely have not had advertisements run on them over the last couple of years,” The Verge explains. That is changing; YouTube CEO Susan Wojcicki wrote in a blog post that the platform is “working to identify advertisers who are interested in edgier content, like a marketer looking to promote an R-rated movie, so we can match them with creators whose content fits their ads.” In the first month of YouTube’s effort, the program brought hundreds of thousands of dollars in ads, Wojcicki says. Which goes to show that brand safety is relative.

Advertising salaries
As of this writing, about 2,900 people have anonymously plugged their salaries into a Google spreadsheet being shared across the agency world. The document’s creator says the goal of Real Agency Salaries is to help people understand their worth, and to give people of color, women and the LGBTQ+ community intel to negotiate better salaries. Agency Spy first reported on the shared document, where people note their salary, sex, orientation, location and years of experience, and now even the The New York Times has checked it out. The Times writes:

Real Agency Salaries suggests there are striking disparities in pay for different demographic groups. A white, male freelance creative director in New York with 28 years of experience reported a salary of $300,000. A Latino man with the same job description in New Jersey and 25 years of experience said he made $95,000.

Agency bosses, are you paying attention to this?

Secret tweets: “Twitter said it will start letting all users hide replies to the tweets they send in an effort to improve the health of discussions and interactions on the service,” Bloomberg News reports.

Moves: “Tonise Paul, a fixture at the top of Chicago-based Energy BBDO for 24 years and one of the longest-tenured female CEOs in the agency industry, is stepping down from the president-CEO role,” Ad Age’s E.J. Schultz reports. She will become chairwoman, while Jeff Adkins, currently Energy BBDO’s executive VP and managing director, will take over day-to-day management.

Another move: Wingstop says Christina Clarke is now its chief marketing officer. The chicken chain is “officially giving her the role she had been filling on an interim basis since early September,” Ad Age’s Jessica Wohl reports.

Quote of the day: “The latest set of numbers from Macy’s suggests that there are more nightmares than miracles on 34th Street," says Neil Saunders, managing director of GlobalData Retail, commenting on Macy’s weak third-quarter earnings. Read more by Adrianne Pasquarelli in Ad Age.

Cocktail of the day: “Whether you’re for I’M PEACH MINT or I’M PEACH NOT, we’ve got a seat at the #bar and a new #cocktail for you!” TGI Fridays tweeted. The tweet, and presumably the cocktails, are part of the restaurant chain’s #PeopleOfAllStripes ad campaign.

Ad of the day: “We don’t want to just be another brand that has Santa Claus and has your traditional holiday point of view,” Todd Kaplan, VP of marketing for Pepsi, says. Since Santa’s been done, why not Cardi B? Ad Age’s Jessica Wohl reports that the singer is plugging a new contest to win cash, though winners must immediately gift the money to a friend or to charity. Agency Motive designed the “Gift it Forward” program, while VaynerMedia made the Cardi B ad. But who designed Cardi B’s rhinestone-studded blue silk ensemble? That's what we want to know, because it's fabulous.