Plus, Snapchat highlights diversity at NewFronts and Goldman Sachs hires Fiona Carter
READ THIS NEXT
Trump spends big on the late-night TV shows that ridicule him daily 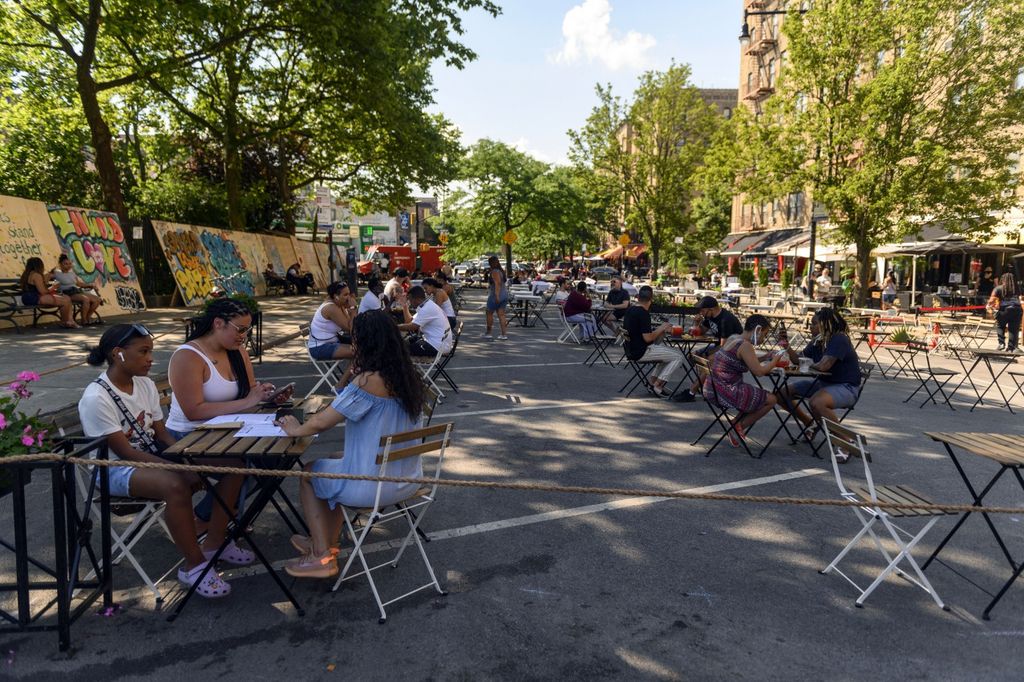 Virus surge threatens U.S. reopening
If you thought coronavirus was over for now, think again. Spikes in cases of COVID-19 are threatening the reopening of the U.S. economy, as the country attempts to come out of lockdown.

Dr. Anthony S. Fauci told Congress on Tuesday that he was seeing a “disturbing surge” of infections in some parts of the country. As reported by Bloomberg News, cases are spiking in Texas, Florida, Arizona and in California. Even in New Jersey, where numbers have been falling, Governor Phil Murphy warned that the transmission rate is “beginning to creep up.”

Coronavirus cases in the U.S. increased by 35,695 from the same time Monday to 2.33 million, with California reporting 5,019 new cases, its biggest daily jump. In Florida, wearing masks became mandatory in Palm Beach County as cases increased, and Texas also recorded 5,000 new cases. Meanwhile, for anyone in the industry tentatively contemplating business travel once again, Europe could be off-limits; the New York Times reports that European Union countries could bar Americans from entering, because U.S. infections are so high.

Ben & Jerry's, Eddie Bauer join Facebook boycott
Ben & Jerry's and Eddie Bauer have joined the growing list of advertisers boycotting Facebook in July in support of the “Stop the Hate for Profit” campaign. As Ad Age’s Adrianne Pasquarelli and Garett Sloane report, Ben & Jerry’s said it was pausing its Facebook ads “to stop its platform from being used to spread and amplify racism and hate.” (Its parent company Unilever, however, has not endorsed a Facebook boycott at the corporate level.)

Apparel retailer Eddie Bauer, meanwhile, tweeted that it would stop its paid ads on Facebook and Instagram through the end of July, while two smaller companies, Canadian outdoor brand Arc'teryx and Magnolia Pictures, also announced their intentions to boycott the platforms. They join the North Face, REI and Patagonia, which are suspending advertising following calls by civil rights groups including the NAACP and Anti-Defamation League.

Snapchat highlights its diversity at NewFronts
The NewFronts continued yesterday, and included the first presentation from Snapchat, which took the opportunity to highlight its young, progressive audience and commitment to diversity. As Ad Age’s Garett Sloane reports, “the messaging app showed off a roster of shows and news coverage that it believes speak to the social awakening that is happening across the country.”

These included shows like “While Black,” a 10-part documentary series dealing with issues like policing in Black communities, which was produced last year but was recently re-released. Black creators including stars like Will Smith, who also has a Snapchat Show, featured prominently, and Snapchat also emphasized its audience of 13- to 24-year-olds as agents of change, looking for action.

However, the platform itself also has made missteps on racial insensitivity. Last week, on Juneteenth, it had to apologize for an augmented reality Lens that encouraged people to smile to break virtual chains. For more on the NewFronts, catch up here on all the news from yesterday.

As Ad Age’s Adrianne Pasquarelli writes, Carter, a former Ad Age Woman to Watch and last year's Ad Age Diversity and Inclusion Champion of the Year, is known for championing gender equality while at AT&T; she helped the brand commit to portraying women more positively in ads and used a gender equality scoring system to remove bias. Before her time at AT&T, she worked at agencies including BBDO, and was a chief operating officer at Omnicom Group.

In her new role, Carter will handle brand marketing, content and digital strategy for Goldman Sachs, as the New York-based institution looks to expand its marketing prowess. It has been working in recent years to grow its footprint, particularly with younger banking customers by pushing its digital operations, including its Marcus digital banking brand.

Flagged up: Walmart said it will stop displaying the Confederate-themed Mississippi flag while the state debates whether to change the design, reports Time. “We believe it’s the right thing to do, and is consistent with Walmart’s position to not sell merchandise with the Confederate flag from stores and online sites, as part of our commitment to provide a welcoming and inclusive experience for all of our customers in the communities we serve,” a company spokesperson said.

Lockdown indulgence: If you haven’t spent at least part of the lockdown eating ice cream in your underwear, where have you been? Halo Top’s new campaign showcases a woman doing exactly that: enjoying her pint of the lower-calorie, higher-protein ice cream while strutting her stuff around her apartment. The brand’s new campaign by Deloitte Digital’s Heat is about ignoring what you “should” be doing and, well, just prancing around indulging yourself. As Ad Age’s Jessica Wohl writes, “the concepts of letting go, enjoying dessert and ignoring the pressures of the world could work at other times, but the work was shot in mid-May and has a bit of a COVID-19 ad feel.”

Meanwhile, in a parallel universe where Cannes happened: With Cannes on hold until next year (although the festival is still hosting online programming on its Lions Live platform), Creativity’s editors asked industry leaders what they think would have won, had the awards taken place. See their predictions here.