Volkswagen is already creating buzz for its electric vehicle

The VW campaign takes a few plays from the Elon Musk playbook for Tesla.
READ THIS NEXT
Katzenberg’s Quibi mulls sale after growth sputters, WSJ reports 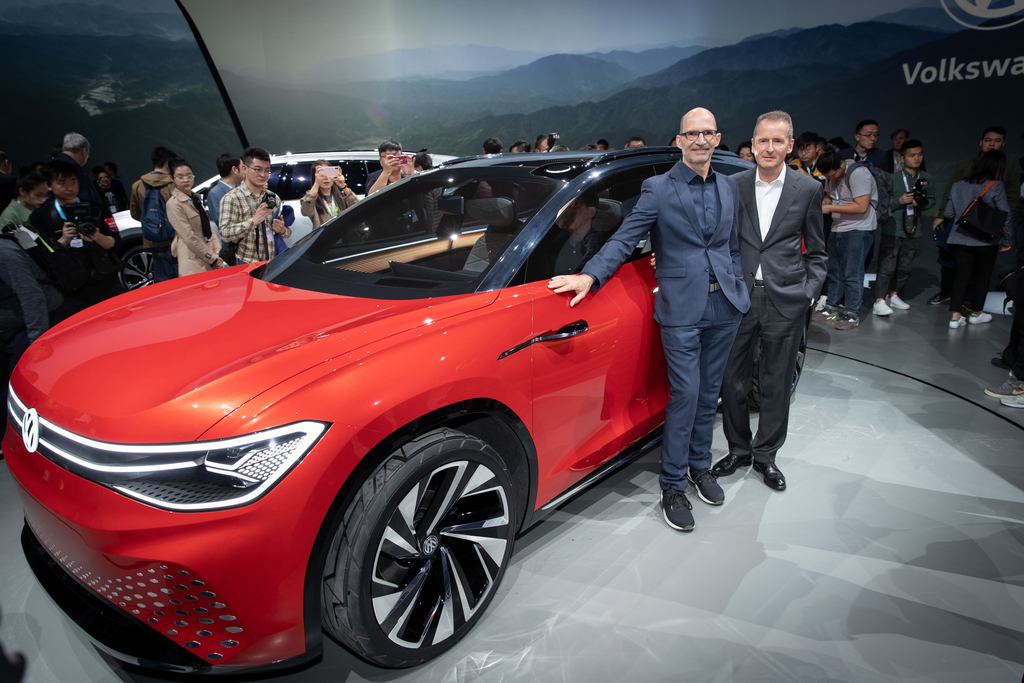 World premiere of the ID. ROOMZZ at the “Brand SUV Night”, Auto Shanghai 2019. (From l.) Klaus Bischoff, Head of Volkswagen Design, and Dr. Herbert Diess, Chairman of the Board of Management of Volkswagen Aktiengesellschaft, at the Volkswagen ID. ROOMZZ Showcar.

Volkswagen AG is seeking to create buzz months before deliveries start for its first ID. electric car, following the footsteps of Tesla Inc.’s Elon Musk, whose promotion of the Model 3 generated reservation lines around the block.

While the world’s biggest carmaker lacks the marketing acumen of Tesla’s leader—who mainly markets through his twitter feed—VW has scale and will spend tens of millions of euros on a campaign advertising the start of pre-bookings this month, according to a statement Thursday. The ID. hatchback, priced similar to a Golf diesel—VW says it’ll be below 30,000 euros ($33,500)—won’t enter showrooms until next year.

The campaign will introduce a website called the ID. Hub that’ll offer advice on electric-car ownership. Back in 2016, when Tesla opened pre-orders for the affordable Model 3, reservations quickly rose to top a quarter-million, later leading to production bottlenecks. The arrival of Volkswagen’s lower-priced electric car also signals the growing competition Tesla is set to face after starting deliveries of the Model 3 last year.

“Our campaign kicks off a great deal earlier than normal and won’t just cover the product,” VW brand marketing head Jochen Sengpiehl said Thursday in the statement. “Volkswagen is making electric vehicles available to the masses.”

VW will take over more than half of advertising space in Berlin, with the main part of the campaign debuting May 25, the day of the DFB soccer cup final. FC Bayern Munich AG, where Volkswagen brand Audi is a stakeholder, is playing RB Leipzig.

“For the fundamental transformation of Volkswagen towards e-mobility that we are currently accomplishing, we need an entirely new marketing approach,” Sengpiehl said.