Thursday Wake-Up Call: A Facebook feud, a peculiar NHL mascot and other news to know today 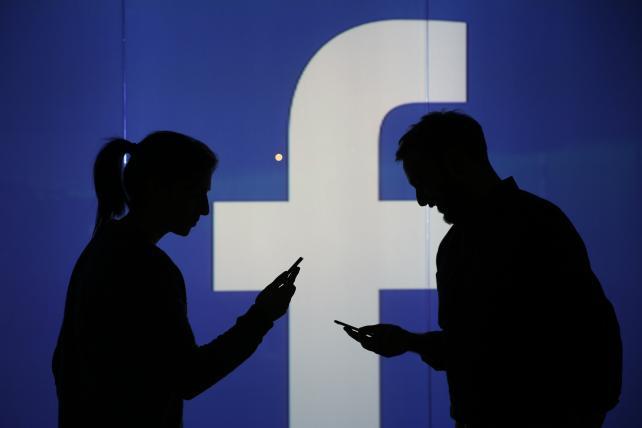 Welcome to Ad Age's Wake-Up Call, our daily roundup of advertising, marketing, media and digital news. You can get an audio version of this briefing on your Alexa device. Search for "Ad Age" under "Skills" in the Alexa app. What people are talking about today: Tensions at Facebook are spilling out into the open this week. Facebook exec David Marcus just slammed WhatsApp co-founder Brian Acton as "low-class." What prompted the name-calling? Acton gave a surprisingly candid interview to Forbes expressing remorse about having sold his messaging app to Facebook (even though it made him ridiculously rich). "I sold my users' privacy to a larger benefit," Acton, who left Facebook a year ago, told Forbes. "I made a choice and a compromise. And I live with that every day." Acton said he hates targeted ads, a vision that clashed with Facebook's plans for the app's future. The interview came days after the co-founders of another Facebook-owned app, Instagram, said they were stepping down, amid reports of tensions.
Acton's interview apparently irritated Marcus, the former head of Messenger, who wrote a personal post about it:

"Call me old-fashioned. But I find attacking the people and company that made you a billionaire, and went to an unprecedented extent to shield and accommodate you for years, low-class. It's actually a whole new standard of low-class."

He said nobody at Facebook had asked him to write the post, adding, "I just had to do it." Facebook is generally very controlling of its image and messaging, and it's a surprise to see a top executive speaking publicly in language that's so … un-corporate.

'Alphabet soup'
Adland has agencies called BBDO, BBH, R/GA, DDB and so on. Add one more acronym to the list: VMLY&R. Ad giant WPP is merging two of its agencies, VML and Y&R. Ad Age's Megan Graham writes that legacy shop Y&R, founded in 1923, saw worldwide revenue drop 3 percent from 2016 to 2017, according to Ad Age Datacenter estimates. Digitally savvy VML, however, "has been a consistent star performer in the network." VML global CEO Jon Cook will lead the new agency.
People who work for VMLY&R will probably get used to jokes about its name. Adweak, the satirical Twitter account, tweeted: "Breaking: WPP Launches VMLY&R, a New Agency Named After Last Line Of Eye Chart."

Where the wild things are
The National Hockey League's Philadelphia Flyers has a "sinister, googly-eyed new mascot," a massive furry creature named Gritty, writes Ad Age's Anthony Crupi. Crupi also refers to Gritty as "an amorphous burnt-sienna blob." So yes, Gritty is absurd-looking, but his strangeness set the internet ablaze. If Gritty also looks vaguely like Animal from The Muppets, that's because appealing to kids is the whole point. Crupi writes:

"Because the NHL faces the same uphill battle to recruit younger fans that has vexed nearly all of the major sports leagues—in 2016, the median age of the NHL viewer was 49 years old, a good seven years north of the NBA if still eight years shy of the MLB—unleashing the likes of Gritty onto an unsuspecting world is a smart play by the Flyers."

Welcome, Gritty, and keep it weird.

Just briefly:
'Propaganda': President Trump has accused China of trying to meddle in the U.S. midterm elections. "China is actually placing propaganda ads in the Des Moines Register and other papers, made to look like news," he explained on Twitter. But "the practice of foreign governments buying space in U.S. papers to promote trade is common and differs from a clandestine operation run by a national intelligence agency," CNBC says.

Building Refinery29: "We're seeing consumers want to spend their money and spend their time with brands that match their values and are really walking the walk," says Piera Gelardi, who founded Refinery29 with Phillipe von Borries and two others in 2005. "It's an interesting trend and one that really aligns with us as a brand—because we have been so mission- and values-focused since our inception." Hear Gelardi and von Borries on the latest Ad Lib podcast with Ad Age editor Brian Braiker here.

On second thought: In the summer of 2017, Nike nearly dropped controversial former NFL player Colin Kaepernick, The New York Times reports. Now Nike has made him the face of what The Times calls one of the "most talked-about and successful campaigns in recent years."

Hot, hot, hot: Rapper Lil Xan says Flamin' Hot Cheetos caused him to puke blood, and the claim is getting a lot of attention. Read more (including what PepsiCo's Frito-Lay says) in the Ad Age Marketer's Brief.

Ad of the day: "We believe Anita Hill. We also believe Christine Blasey Ford," says a full-page ad in The New York Times that ran Wednesday. The ad, signed by 1,600 men and inspired by a similar effort from 1991, shows support for Ford before she testifies about her allegations of sexual assault against Supreme Court nominee Brett Kavanaugh, who denies the claim. Read more by Ad Age's I-Hsien Sherwood. The hearing of the Senate Judiciary Committee is today at 10 a.m. EST; here's how to watch.