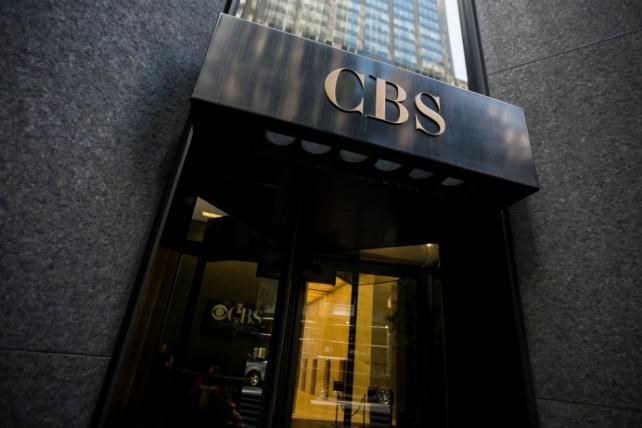 Welcome to Ad Age's Wake-Up Call, our daily roundup of advertising, marketing, media and digital news. You can get an audio version of this briefing on your Alexa device. Search for "Ad Age" under "Skills" in the Alexa app. What people are talking about today: You may have wondered if there would be advertiser backlash against CBS, given the sexual harassment allegations against CEO Leslie Moonves. Ad Age's Jeanine Poggi has the answer for you: nope. She writes:

"More than a half dozen media buyers and other people familiar with the situation say marketers have not asked to remove any planned advertising from the network, even after the board of directors decided on Monday to allow Moonves to continue at the company while he is being investigated."

Also: CBS has hired two law firms, Covington & Burling and Debevoise & Plimpton, to investigate the allegations against Moonves. Read more in Variety.
The kicker: Deadline reports that Moonves has exited the Commission on Eliminating Sexual Harassment and Advancing Equality in the Workplace. Which is led by Anita Hill.

772 million reasons
China has 772 million internet users. And it seems Google can't resist the idea of making money off of them, despite the compromises that would involve. "Google is planning to launch a censored version of its search engine in China that will blacklist websites and search terms about human rights, democracy, religion, and peaceful protest," The Intercept reports in a big scoop based on a whistleblower's account and documents. The project is code-named "Dragonfly." China's government has blocked Google search for years on the mainland; for this plan to go forward, the Chinese government would have to be OK with everything. The report suggests there would be a Chinese partner involved, which might help.

Of note: A few months ago, Gizmodo noticed that Google had stripped its famous "Don't be evil" motto from company's code of conduct. Daily Beast reporter Spencer Ackerman tweeted about the apparent about-face: "Eh, fuck it, be evil."

1. Now what?: This month, Facebook will shut third party data providers like Acxiom and Experian out of its ad targeting options; those partners "have information on hundreds of millions of consumers, and can slice them into highly desirable target audiences for marketers," as Ad Age's Garett Sloane writes. Advertisers wonder whether Facebook will continue to be as effective for them. "There could be brands wondering if they should even continue to advertise on Facebook," one source told Sloane.
2. Show me the money: Facebook is pushing to monetize its WhatsApp messaging service, and as part of that, WhatsApp "will start showing ads in its popular Status feature next year," The Wall Street Journal writes.
3. Just say no: Facebook and Instagram "will add controls to help people measure how much time they're spending on the sites, so they can dial it back if they want to." Read more via Bloomberg News.
4. Song and dance: A researcher discovered "a not-yet-launched portion of Facebook's code for something called 'Talent Show,' which would pit users against one another in a virtual singing competition," Ad Age's Megan Mowery writes.
5. Timing is everything: Facebook's security chief, Alex Stamos, is leaving this month for Stanford University, "just as Facebook steps up its efforts to combat misinformation and foreign interference," The New York Times writes.

'Once in a lifetime!'
Is the funeral industry ready for a rebranding? A British company called Beyond is trying to make people laugh with ads plugging its funeral price comparison site, but some people aren't amused. As The BBC reports, the company made an ad showing a couple in bathing suits running through the surf, carrying coffins instead of surfboards. It looks like a travel ad: The price for cremation is 1,195 pounds "one-way," the ad proclaims. And it's "once in a lifetime!" The company says it's trying to get people talking about the cost of funerals, so the bereaved don't get taken advantage of. Co-founder Ian Strang told The BBC that there's a "long history of edgy campaigns being used to cut through difficult issues." But the London transport system turned the ad down out of concerns people would be offended. (Which was probably a good thing for Beyond, because of the news coverage that ensued.) On Twitter, one commenter said she found the ads funny and wondered why the fuss was. "Breaking news: you are not getting out of life alive," she wrote.

Just briefly:
$$$: Apple is "expanding search ads in its App Store to six more countries where apps are big business: France, Germany, Italy, Japan, South Korea and Spain," writes Ad Age's George Slefo. It's part of a move to try to lure ad spending away from the duopoly, Google and Facebook.

Another hacking: Reddit says it got hacked in June, but it's not saying how big the problem is.

Spotify: After a backlash, the streaming service removed some episodes of conspiracy theorist Alex Jones' podcast, "but not all of them," Recode reports.

Au revoir: Condé Nast plans to put three of its 14 magazines — Brides, Golf Digest and W — up for sale, The New York Times reports. It's another "grim scoop from medialand," as Ad Age's Simon Dumenco writes.

Cannabis in Canada: Molson Coors is launching a joint venture to work on non-alcoholic, cannabis-infused beverages, Bloomberg News reports. But just for the Canadian market.

The hotel that must not be named: A travel aggregator site is offering a deal for a "Luxe Spa Day on Pennsylvania Avenue" in Washington D.C., while carefully avoiding to mention that the spa is in the Trump Hotel. The Washingtonian spotted the ad. Ad Age's Simon Dumenco sums it up like this: "Anyone want a great deal on a spa day at a luxury T**** hotel? Hello? Anyone? MAGA?"

Good for the planet (and for ad agencies too): "To be more sustainable, Ikea is mailing out fewer catalogs to consumers—and applying the financial resources to a new U.S. campaign," writes Ad Age's Adrianne Pasquarelli.

Ice cream and white privilege: The founders of Ben & Jerry's gave a speech with a surprising title: ""How White Privilege Made Ben & Jerry's Possible." The two imagined what their lives would have been like if they had been black. "There never would have been a Ben & Jerry's," Ben Cohen said. "The deck was just too stacked against us." Read about it on the Ad Age Marketer's Brief, where you can watch the video too.