Thursday Wake-Up Call: How Burger King and Pizza Hut joked about the 'presidential alert,' plus other news 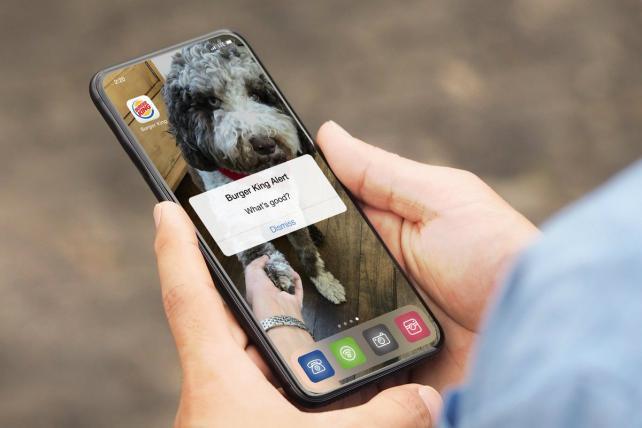 Welcome to Ad Age's Wake-Up Call, our daily roundup of advertising, marketing, media and digital news. You can get an audio version of this briefing on your Alexa device. Search for "Ad Age" under "Skills" in the Alexa app. What people are talking about today: The first-ever presidential alert blared from U.S. smartphones yesterday, startling people out of their mid-day lull and reportedly scaring pets. "THIS IS A TEST of the National Wireless Emergency Alert System," the text said, accompanied by beeping. "No action is needed."
Burger King and Pizza Hut responded fast on social media (h/t Jessica Wohl.) Were they funny, though? Meh. Almost instantly, BK tweeted a "Burger King Alert," asking if everyone got the message. Pizza Hut tweeted: "THIS IS A PIZZA TEST to ensure you're aware it's #NationalPizzaMonth …" Steak-umm waited a while, then came up with, "THIS IS NOT A DRILL. Steak-Umm 2020 …. Time to beef up America." Which, depending on your point of view, can feel either like it's poking fun of MAGA or paying it homage. It's a political joke, but it's safe.
One of the better responses came from the Houston Zoo, which posted a photo of a baby elphant. "THIS IS A TEST of the Cute Baby Elephant Alert System," it said. "No action is needed." Sometimes a baby elephant just does the trick.

Girl Scouts ads in weird places
Surprise, surprise: The internet's brand safety problems aren't over. A Washington Post report found a bunch of mainstream advertisers whose online ads appeared next to conspiratorial content – including Girl Scouts ads on articles about "Muslim invaders," faked mass shootings and Pizzagate. The Post writes that Google and other online ad powers have made progress in making sure mainsteam ads don't turn up next to racist or violent content. But, it writes:

"Though online ad networks have made strides in these areas, they have struggled to handle other categories of content that are less extreme but still upsetting to some advertisers, including the sharply political, conspiratorial and sometimes misleading content The Post recently reviewed."

What Google says: If "we find a page or website that violates our policies, we take immediate action," the company told The Post.
In other words, the game of whack-a-mole continues.
Also: The Washington Post ran not one but two big stories yesterday about digital ads. "Facebook blocked many gay-themed ads as part of its new advertising policy, angering LGBT groups," The Post writes, reporting that Facebook classified some LGBT ads as political ads.

Talking head
Creative guru Alex Bogusky turned his Advertising Week New York talk into a stunt. As Ad Age's Judann Pollack writes, Bogusky, who recently returned to CP&B after eight years away, didn't actually attend the event. Instead, he appeared "in the form of mannequin wearing a 'Good enough sucks' t-shirt and with a TV for a head." The TV streamed video of Bogusky's face as he made comments like, "Even a great day in advertising includes three swift kicks to the groin." Also, now that Bogusky's back, ping pong is no longer allowed at the agency. Pollack writes:

"Bogusky said that during his tenure, the agency used to laugh at shops with that played basketball or ping pong at work, because, he said, none of that was nearly as fun as creating advertising. So he was dismayed on his return to find a ping pong table stashed in a closet. Bogusky said he considered burning it, but is giving it away to avoid being wasteful."

CP&B, if you haven't given the ping pong table away yet, give us a call.
Also: Check out Ad Age's wrap-up of the third day of Advertising Week here. Today's the last day (phew.)

Just briefly:
Deals: "Facebook developed a new ad offering that assures brands that video ads will only appear alongside quality programming, including sports," Ad Age's Garett Sloane writes. Plus, the program is cheaper now than when Facebook Watch first started testing it.

Another one: The senior VP of talent for CBS Televisions Studios, Vincent "Vinnie" Favale, has been put on leave after CNN reported on allegations that he had used sexual and homophobic language at work. Read more on CNN.

Give and take: Amazon is raising its minimum wage to $15 an hour, but it's also taking away some financial incentives and bonus programs. Some employees told Yahoo News that they will end up making less.

Bookseller for sale: Barnes & Noble "is considering a sale after receiving interest from multiple parties including its executive chairman, Leonard Riggio," The Wall Street Journal reports.

POV: Kat Gordon, founder and CEO of the 3% Movement, writes in Ad Age: "Demonstrations of female anger are so rare and misunderstood that most workplaces think crying is an expression of sadness. Know why women cry at work? Because we're furious and frustrated and there's no sanctioned way to release it."

Quote of the day: Here's Will Smith (actor, producer, YouTube star) speaking at Advertising Week about moments when you need to defy what the data says. "Nothing is more valuable than your gut …The metrics keep you in the ordinary. The thing that succeeds is going to be way outside what somebody even thought was possible." Ad Age's Garett Sloane has more details of Smith's talk.

Products of the day: Dunkin' is debuting an Oreo-topped donut and Oreo-flavored hot chocolate. As Ad Age's Jessica Wohl writes, instead of putting out a press release to announce the products, the two brands had a chit-chat on Twitter to build interest.

Video of the day: In Thailand, digital agency YDM lets employees bring their dogs to work, which is apparently a trend in the country's ad world. Reuters visited and filmed an entrancing video that shows well-coiffed pups strolling on desktops and lounging on cushions next to their owners' laptops. There are 200 employees and 20 dogs at the shop. Woof.