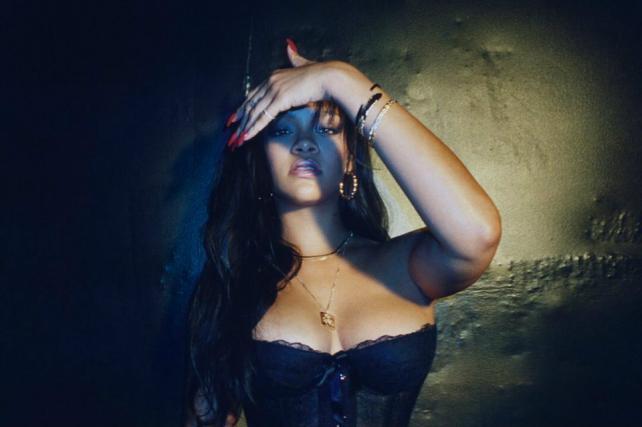 Welcome to Ad Age's Wake-Up Call, our daily roundup of advertising, marketing, media and digital news. You can get an audio version of this briefing on your Alexa device. Search for "Ad Age" under "Skills" in the Alexa app. What people are talking about today: Bye, Beetle. Volkswagen says it's stopping production of the car next year; Automotive News calls the car "the latest casualty in America's newfound love affair with crossovers and other light trucks." Beetle sales have dropped 2.2 percent this year. While we're mourning the iconic car, let's reminisce about its iconic ads. In 1999, Ad Age named Volkswagen's mid-century "Think Small" series from Doyle Dane Bernbach as the best campaign of the 20th Century. The Beetle work turned the advertising world upside down with stop-you-in-your-tracks copywriting urging people to "Think small" and buy a little car, or read about a "Lemon," a slightly blemished vehicle that didn't get past a Volkswagen factory inspector. ("We pluck the lemons, you get the plums.") As Ad Age wrote in 1999, the campaign "gave advertising permission to surprise, to defy and to engage the consumer without bludgeoning him about the face and body."
Think small. Think different.

Disrupting lingerie
Doing a lingerie fashion show in 2018 can be a tricky proposition. Arguably, the famous Victoria's Secret extravaganzas don't veer far from the old stereotypes of what men think women should look like when clad in bra and panties. But Rihanna's Savage X Fenty show at the Brooklyn Navy Yard tried something a fresh approach. As The New York Times writes,

"Yes, supermodels including Gigi and Bella Hadid made an appearance. But the collection was much more about presenting women of all sizes and ethnicities, including two visibly pregnant models."

There was even – gasp – a woman wearing lingerie and glasses at the same time. In other words, the models looked more real. And authenticity seems to be the thing in fashion right now – see Adrianne Pasquarelli's stories in Ad Age about the latest campaigns from Macy's and J. Crew, both of which feature real people. Who look great, by the way.

Win
Japanese tennis star Naomi Osaka, who won the U.S. Open by beating Serena Williams, just signed a big endorsement deal with Nissan, and she will appear in global ads for the brand. As Ad Age's E.J. Schultz writes, she already has deals with a host of smaller brands, and with Adidas, which is reportedly expected to sign a new pact with her worth more than $8 million a year. Schultz writes:

"While her U.S. Open victory was marred by the controversy that led to a tearful and boo-filled trophy ceremony, the incident might end up being a plus for Osaka. 'Though at the time it may have negatively affected Osaka, it created more attention,' (sponsorship expert) Jim Andrews says. 'People who are not tennis fans became aware of her because of that.'"

Super Bowl scramble
"It's a Tide Ad" stole the show at the Super Bowl and won a Film Grand Prix at the Cannes Lions International Festival of Creativity. But there's a fascinating backstory to the campaign, with few people aware of "just how close Procter & Gamble had been to a major fail," as Ad Age's Jack Neff writes. Tide's detergent-filled pods featured in the original shoots. And leading up to the Super Bowl, the pods were causing a major crisis for P&G, because people were filming themselves eating the pods for a bizarre social media challenge. At the last minute, to avert a mess, the company and agency Saatchi & Saatchi digitally replaced the pods shown in the Super Bowl ads with bottles of Tide liquid.
"We had to change it the night before we shipped it," Kimberly Doebereiner, director of brand building integrated communications for P&G brands, said in a presentation this week. Who knew?

Sorrell's new gig: Ad Age's Megan Graham sorted through the 189-page prospectus from S4 Capital, the new venture helmed by former WPP chief Martin Sorrell, so you don't have to. Curiously, the financial document's cover is a photo from Burning Man, which Sorrell attended. In a separate interview with Slefo, Sorrell is asked if WPP is broken. Here is his response: "I hope not because I happen to still be a top 10 shareholder! So I very much hope it is not broken. But that is not a question for me. That is a question for Mark Read and Andrew Scott, who I think, are the duo, Batman and Robin I guess, is what we should refer to them. The one thing I would be upset about was the sale of Globant, the 20 percent stake there, which I think is a horrendous mistake, but that is a personal point of view. But is it broken? No, I don't think it is broken. If it can adapt in the ways people talk about and continue the strategic part that's been established."

Stuff Media: iHeartMedia is buying Stuff Media, a podcasting company with shows including "How Stuff Works" and "Cabinet of Curiosities," The Wall Street Journal writes.

Giving: Amazon CEO Jeff Bezos and his wife, MacKenzie, "will commit $2 billion to fund existing nonprofits that help homeless families and to create a network of preschools in low-income communities," CNN reports. (In less flattering Amazon news this week, check out Business Insider's story on the grueling job of delivering Amazon's packages, with problems including a "lack of overtime pay, missing wages, intimidation, and favoritism.")

Worth a read: Ad Age's Simon Dumenco argues that companies right now could use a "chief sanity officer." Because many brands gone astray with "messed-up messaging, herky-jerky interface changes, ever-morphing strategies and excessive course corrections." Think of Snapchat's redesign. Or Tesla's … everything.

Crime and punishment: "A man who wrote fake reviews about Italian restaurants and hotels on the online travel site TripAdvisor has been jailed for nine months and ordered to pay an 8,000 euro ($9,300) fine," Reuters reports.

Creativity pick of the week: Wednesday was Mindfulness Day in the U.K. To mark the occasion, KFC and Mother London have made videos designed to relax viewers, and they depict the supposedly soothing sounds of "frying chicken, simmering gravy and sizzling bacon," as Ad Age's Alexandra Jardine writes. And since it's the digital version of sizzling bacon, you don't have to worry about a spatter of grease ruining your outfit. Check it out here.