Friday Wake-Up Call: Goodbye to the name 'Tronc' (and good riddance). Plus, the ad battle over Kavanaugh 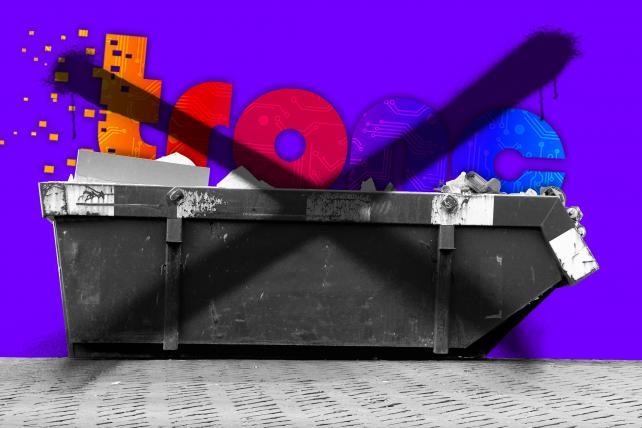 Welcome to Ad Age's Wake-Up Call, our daily roundup of advertising, marketing, media and digital news. You can get an audio version of this briefing on your Alexa device. Search for "Ad Age" under "Skills" in the Alexa app. What people are talking about today: Say adieu to the name "Tronc," one of the most mercilessly mocked corporate rebrands in recent memory. For employees of the company's publications, including the New York Daily News and Chicago Tribune, "the two-year-plus nightmare of being known as Tronc (short for Tribune Online Content) is finally coming to an end, and their company will once again be known as Tribune Publishing," Ad Age's Simon Dumenco writes. Biotech entrepreneur Dr. Patrick Soon-Shiong, a Tronc shareholder, foreshadowed the moniker's demise months ago when he called it a "sad, silly name." Others have called it much worse. Washington Post columnist Karen Tumulty tweeted that it "took a while for high-priced consultants to realize that 'Tronc' sounded like someone passing gas in a bathtub."

The $9 million man
In the debate over Supreme Court nominee Brett Kavanaugh, both sides have been filling up the editorial pages with their opinions. But the pro-Kavanaugh camp has spent more money on TV ads – twice as much, according to an Ad Age Datacenter analysis. Ad Age's Simon Dumenco writes:

The analysis comes courtesy of Ad Age Datacenter's Kevin Brown, working with measured-media ad spending data from Kantar Media/CMAG, Ad Age's partner on midterms ad data. The Judicial Crisis Network, a conservative advocacy group, is among the pro-Kavanaugh spenders, as is the National Rifle Association.
Also: Joel Kaplan, Facebook's vice president for global public policy, is a friend of Kavanaugh's, and he attended the recent Senate Judiciary Committee hearing. The New York Times writes that Kaplan's "surprise appearance prompted anger and shock among many Facebook employees, some of whom said they took his action as a tacit show of support for Judge Kavanaugh — as if it were an endorsement from Facebook itself."

'Deeply concerned'
In 2016, Nike signed a lifetime deal with soccer star Cristiano Ronaldo that's worth a reported $1 billion. How is Nike responding to news that a woman filed a lawsuit alleging Ronaldo raped her in Las Vegas nine years ago? Very carefully. As Ad Age's E.J. Schultz and Adrianne Pasquarelli write, Nike says it's "deeply concerned by the disturbing allegations and will continue to closely monitor the situation." Ronaldo, who strongly denies the accusation, is on the cover of the new FIFA 19 video game from EA Sports. The video game maker, like Nike, says it's monitoring the situation. In the MeToo era, sponsors face a tough balancing act. Mary Scott, president of sports and entertainment agency United Entertainment Group, tells Ad Age: "Sponsors need to demonstrate zero tolerance, while also remaining loyal to their athletes while the facts are confirmed."
Meanwhile, Juventus, Ronaldo's club, tweeted a bizarre statement of support for Ronaldo that upset many soccer fans. "@Cristiano Ronaldo has shown in recent months his great professionalism and dedication, which is appreciated by everyone at Juventus," the Italian club tweeted. It added: "The events allegedly dating back to almost 10 years ago do not change this opinion, which is shared by anyone who has come into contact with this great champion." To which one person tweeted, "What does him being an athletic champion have to do with his ability to not sexually assault people?"

Meanwhile in adland
There are more changes afoot at MDC Partners' Crispin Porter & Bogusky: The agency is closing its Los Angeles office. As Ad Age's Megan Graham reports, most of the L.A. office's employees are being offered relocation. After also closing its Miami office earlier this year, the agency is consolidating its North America operations in Boulder. The move comes after co-founder Alex Bogusky returned to the agency after years away. Bogusky says CP&B LA began as a production outpost and later became a full-service office. But since the agency has production capabilities through Ming LA, CP&B LA "is redundant and distracting from our ambition to offer the absolute highest-quality creative product," Bogusky says. Read Graham's full story here.

Just briefly:
Curtain call: TGIF, because Advertising Week New York is over. Read Ad Age's recap of the fourth and final day, during which ad legend Lee Clow revealed that the famous "1984" Super Bowl ad almost led Apple to fire its agency. Also, Ad Age Associate Publisher Heidi Waldusky has some conference-going tips. Such as, don't go to the talks where you already know the subject matter. Because "informational serendipity is a key component of this industry."

Clios: At the Clio Awards, Burger King was named Advertiser of the Year, Ogilvy Chicago won Agency of the Year and BBDO Worldwide was named Network of the Year. Read more by Ad Age's I-Hsien Sherwood.

What we're reading: Bloomberg Businessweek has an astonishing cover story called "The Big Hack," about how Chinese spies used a microchip to infiltrate 30 U.S. companies, including Apple and Amazon. Both companies issued remarkably forceful statements disputing the story. The plot thickens.

Creativity pick of the day: Time magazine's powerful new cover depicts Christine Blasey Ford, eyes closed, testifiing to Congress and accusing Supreme Court nominee Brett Kavanaugh of sexual assault when they were both teenagers. Her portrait, by John Mavroudis, is a collage made up of memorable phrases from her testimony, like "I am here today not because I want to be" and "I am no one's pawn." Read about it here from Ad Age's Simon Dumenco.