Tuesday Wake-Up Call: How CBS is moving on after Les Moonves (and what Stephen Colbert says) | Ad Age
Skip to main content

Tuesday Wake-Up Call: How CBS is moving on after Les Moonves (and what Stephen Colbert says) 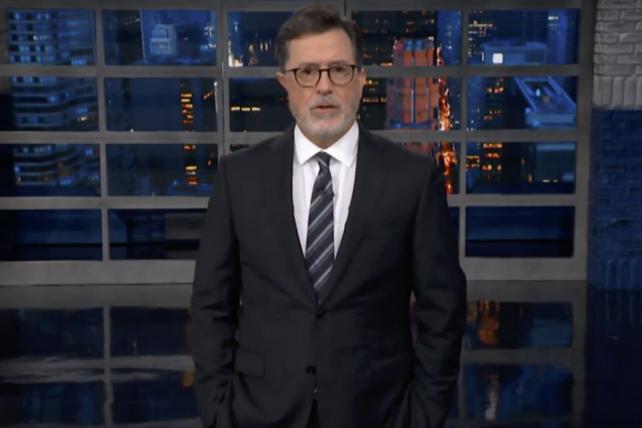 Welcome to Ad Age's Wake-Up Call, our daily roundup of advertising, marketing, media and digital news. You can get an audio version of this briefing on your Alexa device. Search for "Ad Age" under "Skills" in the Alexa app. What people are talking about today: CBS just put more women on its board – a much-needed move given longtime CEO Leslie Moonves' exit amid reports of allegations of sexual harassment and assault from a dozen women. Entrants to the board include Candace Beinecke, a senior partner at the law firm Hughes Hubbard & Reed; Barbara Byrne, a vice chairman of investment banking at Barclays; and Susan Schuman, CEO of SYPartners, a management consultancy. As Bloomberg News writes, "The new board also features bankers who specialize in mergers and acquisitions, raising questions about whether the media company will prepare itself for a deal." CBS' majority shareholder, National Amusements, promised not to try to merge the CBS with Viacom for two years. But in a time in which entertainment companies are obsessed with scale, can CBS go it alone? What are the other options?
New chapter: Joe Ianniello, president and acting CEO of CBS, wrote a memo to staff. "Never has it been more important for us to make it abundantly clear that CBS has a steadfast commitment to diversity, inclusion and a safe and positive working environment," he said, according to The Hollywood Reporter.
Uncomfortable: Julie Chen, co-host of CBS' "The Talk," and Moonves' wife, was absent from Monday's show, taking time to be with her family. "She's somebody I admire and respect greatly, and it's very embarrassing and upsetting to have to talk about her husband, but we do," co-host Sharon Osbourne said, quoted by USA Today. "We feel it's right."
What Stephen Colbert says about his former boss: In his opening monologue, Colbert called the latest New Yorker investigation about Moonves "extremely disturbing." He added: "I'm not surprised that that's it. Les Moonves is gone -- for at least nine months until he does a set at the Comedy Cellar," a reference to the New York venue where Louis C.K. recently turned up. Watch the new monologue here; he has talked about the Moonves accusations before on a more personal level.

Halftime
ESPN is trying something new at halftime for "Monday Night Football." There won't be any commercials between the second and third quarter. Instead, as Ad Age's Anthony Crupi writes, there will be a "scaled-down variation of the annual show biz extravaganza that takes place between the two halves of the Super Bowl." It's an effort developed with new marquee sponsor Genesis, which is Hyundai's standalone luxury brand. And it's an unusual opportunity for a brand, since "Genesis will be incorporated into the halftime show through a number of branding elements, including on-screen graphics, desk signage and tune-ins." The first one last night featured Boyz II Men paying tribute to the late Aretha Franklin in her hometown of Detroit, along with guest Tori Kelly. It wasn't live, which apparently confused some viewers. Someone tweeted: "Well I turned on ESPN in time to catch some Boyz II Men, which was confusing but great."

"Planners today do less administrative work, ideally freeing them to apply intuition and perspective to the conclusions of machines, says Ben Winkler, chief transformation officer at Omnicom media agency OMD. 'Some people have said that technology will be the death of the traditional media planner, and I certainly hope so,' Winkler says. 'It's evolve or die.'"

Just briefly:
Ad agency jobs: U.S. ad agency employment reached 204,100 jobs in July, according to data from the Bureau of Labor Statistics. "That's the highest point since December 2000 and not far from the all-time high (207,400) hit in August 2000 amid the dot-com ad-spending bubble," Bradley Johnson writes in Ad Age.

Midterm elections: Where is the biggest spending happening ahead of the midterm elections? Ad Age's Datacenter has partnered with Kantar Media's CMAG to look into that question. Today they look at Senate races and find that competitive campaigns in three states -- Florida, Missouri and Nevada -- currently account for more than half of the total TV and radio spending, as Simon Dumenco writes.

Leaving: Snap Inc.'s chief strategy officer is leaving. Imran Khan, who is starting his own investment firm, will stay on until the company can find a replacement, Bloomberg News says.

Sign of the times: "More than two-thirds of teens say they would rather communicate with their friends online than in person," The Wall Street Journal reports, citing data from the nonprofit Common Sense Media.

What we're reading: The New Yorker profiles Facebook's Mark Zuckerberg and uncovers some surprises – like his ultra-competitive board game playing, and his fascination with Ancient Rome, especially emperor Augustus. Also, the article offers this reminder about the power of Zuckerberg's own empire: "Fourteen years after it was founded, in Zuckerberg's dorm room, Facebook has as many adherents as Christianity."

Ad of the day: Seattle Seahawks rookie Shaquem Griffin, the first one-handed player in the NFL, makes an appearance in Nike's new "Just Do It" spot narrated by Colin Kaepernick. He and his dad also star in Gillette's new football season advertising. As Ad Age's Jack Neff writes, the ad "shows the role Terry Griffin played in his son Shaquem's success -- from backyard football drills to, of course, teaching him to shave." Watch it here.