Plus, the Ad Age list of 2018's most creative people is out 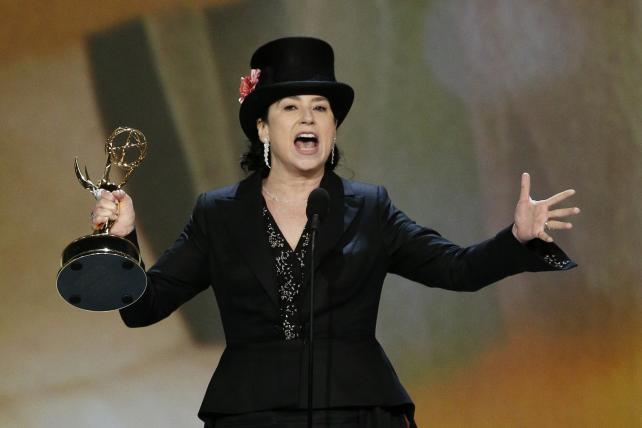 Welcome to Ad Age's Wake-Up Call, our daily roundup of advertising, marketing, media and digital news. Friendly reminder: The deadline for the Ad Age A-List Awards is tomorrow at 5 p.m. EST. (Creativity Awards have until Jan. 8).

What people are talking about today
Colin Kroll, the co-founder of the HQ Trivia quiz app and the Vine short video platform, was found dead in New York this weekend, news reports say. Kroll, HQ Trivia's CEO, was 34. Bloomberg News reports that police found drugs on the premises and are awaiting a medical examiner's report on what caused his death. There was no HQ Trivia game Sunday night; instead host Scott Rogowsky made brief remarks in Kroll's memory. "Colin, or C.K. as we called him, was a true visionary who changed the game twice, first with Vine and then with this very app," Rogowsky said. Because Kroll was an animal lover who often brought his dog to work, the app says it will donate the night's $25,000 cash prize to the Humane Society.

CMO news
A new study suggests that chief marketing officers are staying on the job a bit longer. Sales intelligence firm Winmo says CMOs have a mean tenure of 43 months; in a study from March 2017 that covered fewer executives, the company reported a mean of 37.5 months on the job. As Ad Age's Jack Neff writes, CMO tenures have an impact on ad agencies, since "most agency reviews begin six to 18 months after a CMO hire, with new campaigns (and media-selling opportunities) following shortly thereafter," according to Winmo.
Also, the study says, women are better represented in CMO jobs than they are elsewhere in the C-suite.
In other CMO news: After Unilever CMO Keith Weed retires in a few months, he plans to drive from Beijing to Paris in a 1940 Pontiac Silver Streak. Read more from Weed's interview with Jack Neff here.

All-Stars
Ad Age is out with our annual list of the most creative people from advertising, pop culture, tech and beyond. It's got a new name this year: Creativity All-Stars. On the list, you'll find the Marjory Stoneman Douglas High School students who founded March for Our Lives; artists including "Black Panther" director Ryan Coogler and actress/rapper Awkwafina; figures from the sporting world (LeBron James and Maverick Carter, his longtime business manager); and the team responsible for KFC U.K.'s edgy apology ads (the ones that said "FCK"). And then of course there's Gritty, the beloved but unsightly and googly-eyed mascot of the Philadelphia Flyers.

Just briefly:
Election interference: A report prepared for the Senate says Russia's disinformation campaign around the 2016 U.S. election "used every major social media platform to deliver words, images and videos tailored to voters' interests to help elect President Trump, and worked even harder to support him while in office," The Washington Post writes.

ICYMI: MDC Partners will pay a six-figure incentive to five executives to stay on until it closes a deal that would help chart its future path.The company, the portfolio of which includes Anomaly and 72andSunny, has been exploring possible alternatives, including selling itself to another company. Read more from Megan Graham in Ad Age.

A recall: "The maker of Kotex tampons has voluntarily recalled several lots of its product because of a defect that caused them to unravel upon removal, leaving pieces inside consumers' bodies," The New York Times reports.

Top 5: This week's Creativity picks are all holiday ads, with stunts ranging from ugly Christmas sweaters to giant toy vehicles to a gift-wrapped human being. Check them out here, courtesy of Ad Age's Ann-Christine Diaz and Max Sternlicht.

Ad of the day: Luxury car brand Jaguar for some reason sells pet accessories now, from rubber mats to dog bowls. An ad from agency Spark 44 created an ad that simultaneously promotes the range and pokes fun at the idea of accessories for pampered pets. Ad Age's Alexandra Jardine writes that the spot features "a beautiful and haughty-looking Weimaraner who's become accustomed to the finer things in life (like classical music and steak)." Not to mention Jaguar canine accessories. Check it out here.