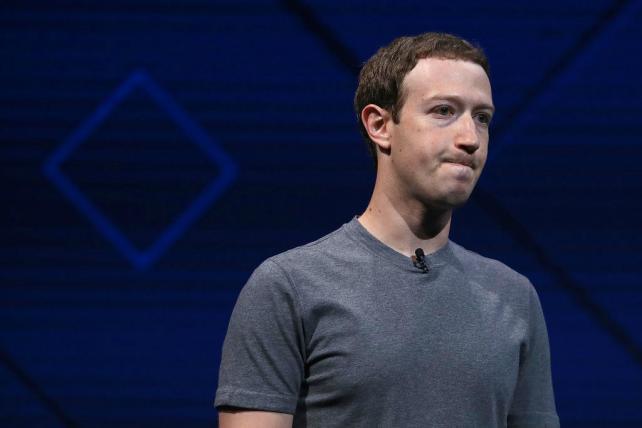 Welcome to Ad Age's Wake-Up Call, our daily roundup of advertising, marketing, media and digital news. What people are talking about today: Facebook founder Mark Zuckerberg, waiting five days to address the scandal roiling his company, embarked on a very belated damage-control tour that included writing a blog post and giving interviews to Recode, Wired, The New York Times and CNN. He used the term a "breach of trust" to describe the Cambridge Analytica scandal, in which a political data firm linked to Donald Trump's 2016 election campaign gained access to information on some 50 million Facebook users. He also vowed to be more protective of Facebook user data and audit any developer that may have gotten hold of it. Is it too little, too late? Media Matters says there may be replicas of Cambridge Analytica's ill-gotten data still out there, Ad Age's Garett Sloane writes. To critics, Sloane says, "Zuckerberg's plan seems like closing the barn door after the horses ran off with 50 million bales of hay."

Here are 4 things to know from the attempt at damage control:
1. Zuckerberg says maybe Facebook needs regulation after all. "I actually am not sure we shouldn't be regulated," he tells CNN. "I think there are things like ads transparency regulation that I would love to see," he said, apparently talking about a bill in the Senate for transparency in election ads.
2. He says he'd be willing to testify before Congress. "I'm open to doing it if I'm the right [person]," he tells Recode. (To which Recode adds this editorial comment: "Note to Mark: You are the right and only person to speak for Facebook at this point in the controversy.")
3. Facebook won't axe its ad-based business model, despite the risks of harvesting user data. "Now, over time, might there be ways for people who can afford it to pay a different way?" he tells The New York Times. "That's certainly something we've thought about over time. But I don't think the ad model is going to go away, because I think fundamentally, it's important to have a service like this that everyone in the world can use, and the only way to do that is to have it be very cheap or free."
4. He's finally saying sorry. Though he got flak for failing to apologize in his blog post, Zuckerberg did later on. "This was a major breach of trust and I'm really sorry that this happened," he tells CNN.

Also: Remember a couple weeks back when Wired magazine put Zuckerberg on the cover, with a bandage on his bruised and scratched face–a metaphor for the beating he's been taking over Facebook's missteps? As Ad Age's Simon Dumenco writes, "Wired magazine's amazing cover of Mark Zuckerberg looks extra prescient."

In other Facebook news: Facebook has blocked ad targeting by sexual orientation, BuzzFeed News reports. The Trevor Project, which helps suicidal LGBT youth, is unhappy about that.

Time after Time Inc.
A month-and-a-half ago, Des Moines, Iowa-based Meredith Corp. finalized its purchase of Time Inc. and slapped its own logo onto the former Time Inc. building at 225 Liberty St. in New York. But the real sign of change came Wednesday: Meredith said it will sell off Time, the flagship publication, along with Sports Illustrated, Fortune and Money. It has already let 200 employees go, and another 1,000 people will lose their jobs. Meredith had backing from the private equity arm of Charles G. and David H. Koch, the billionaire conservative donors, to make the buy. The $1.8 billion deal was about scale, as are a lot of the media mergers happening these days. As Bloomberg News writes, "The deal for Time gave Meredith a larger audience to compete for advertisers that are consolidating their spending with bigger media companies, as well as Facebook and Google."

On a lighter note
Allbirds, which bills itself as having "the world's most comfortable shoes," is known for its sneakers made from wool. Now, Ad Age's Adrianne Pasquarelli writes, "the brand is pushing a new sneaker, made from eucalyptus fibers and called the Skipper, and a quirky brand campaign to go with it." In an ad for the shoe, from Portland, Oregon-based agency Opinionated, words flash across the screen, like "light," "breezy," "tree" and "shoe," superimposed with fun images and cartoons. The final words are "you," "like," "tree," "shoe," a not-so-subliminal message. Because yes, these are shoes made from trees.

Just briefly:
Kim Kardashian West: Her KKW Beauty brand "drew criticism for promoting a new concealer line by posting a photo on Twitter showing a black model wearing swatches of the concealer on her arm in a way that suggested none were appropriate for her," Ad Age reports. Read more in our Marketer's Brief.

Switching gears: Starting in 2019, all IndyCar races, including the Indianapolis 500, will move to NBC, Ad Age's Anthony Crupi writes. ABC has had the rights for 54 years.

Listen up: The CEO of the Bleacher Report talks to Ad Age Editor Brian Braiker about how it amassed its huge following among millennial sports fans. "Early on, we made a conscious business decision to scale audience as aggressively as we could: Turf war, land grab," Dave Finocchio says. Listen to the Ad Lib podcast here.

Creativity pick of the day: A few big brands already have their own custom fonts, including Apple, Samsung and Google. As Ad Age's Ann-Christine Diaz writes, now Netflix has its own font too, both to create a distinctive look and because font licensing can get expensive. It used to use Gotham; the new creation is called Netflix Sans.