Friday Wake-Up Call: An Ingraham ad boycott, an Under Armour data breach and a Tesla recall 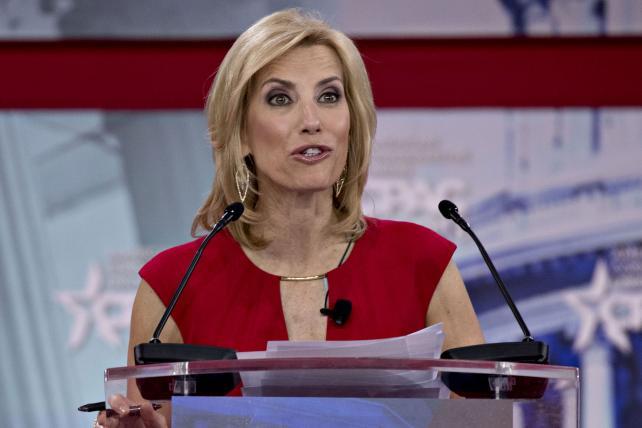 Welcome to Ad Age's Wake-Up Call, our daily roundup of advertising, marketing, media and digital news. What people are talking about today: Some brands pulled ads from Fox News host Laura Ingraham's show, saying she crossed a line by mocking a teenage survivor of the school shooting in Parkland, Florida. Johnson & Johnson, Nutrish, Wayfair and TripAdvisor are among the companies to say they have halted ads, as Ad Age's Adrianne Pasquarelli reports. The host had tweeted that high school student David Hogg "whined" about not getting into a few colleges he applied to. Hogg, who has become a prominent voice on gun control, rallied his 648,000 Twitter followers to contact Ingraham's advertisers, and they did.

TripAdvisor says that while it supports a free exchange of ideas, Ingraham's comment "crossed the line of decency," as Pasquarelli writes. Wayfair says it also supports dialogue and debate, but "the decision of an adult to personally criticize a high school student who has lost his classmates in an unspeakable tragedy is not consistent with our values." Ingraham tweeted an apology, "in the spirit of Holy Week." Hogg says he's not buying it. "She only apologized after we went after her advertisers," he says, as quoted by The New York Times. "It kind of speaks for itself."

'Thrown under the bus'
After Facebook announced that it will stop working with third-party data brokers, Acxiom shares dropped as much as 34 percent on Thursday. The company's president and CEO, Scott Howe, tells Business Insider that he sees his company as a scapegoat for Facebook's own data privacy problems. "We are getting thrown under the bus," Howe is quoted as saying. "This was a masterful political manipulation." He points out that the Cambridge Analytica scandal, which sparked the uproar over user data privacy on Facebook, wasn't about third-party data providers. And he argues that Facebook is "forcing advertisers to be reliant on Facebook reporting only. It helps them consolidate more power." Obviously, Acxiom isn't a neutral observer here. But The Washington Post makes a similar argument in an article with the headline, "Facebook, longtime friend of data brokers, becomes their stiffest competition."

150 million
Is the world growing blasé about consumer data breaches? Under Armour says 150 million user accounts linked to a nutrition tracking app were breached, and as of this writing, the story isn't on the online main pages of The Wall Street Journal or The New York Times. (Granted, there's a lot going on in the world right now.) To put 150 million into perspective, this affects "a user base that's bigger than the population of Japan," as Bloomberg News points out. In February, an unauthorized party took user names, email addresses and passwords, but not credit card info, for the MyFitnessPal app, the company says. Consumer Reports offers this reminder: "Cybersecurity experts say the first thing to do when a big breach like this occurs is change your password for the affected account, along with any other accounts where you were using the same password."

'Tesla looked like the future…'
Elon Musk's Tesla is recalling 123,000 Model S cars made before April 2016, because of corrosion in power-steering bolts, which especially happens in cold climates, Bloomberg News reports. It's the latest of many troubles for Tesla, which include a deadly Model X crash in California, questions about whether it can mass-manufacture its Model 3, and Moody's Investors Service downgrading its credit rating. Its stock price has taken a beating this month. The New York Times sums things up with this headline: "Tesla looked like the future. Now some ask if it has one." Ouch.

Just briefly:
Grey: WPP's Grey is adding a question to every creative brief about how the work can respect diversity. Read more by Lindsay Stein.

Snapchat: Snap Inc. is cutting another 100 employees, with layoffs focused on its advertising side, Bloomberg News writes.

'The Ugly': Facebook's getting flak for a newly revealed 2016 internal memo in which exec Andrew Bosworth spoke bluntly about the potential dark side of its push for growth. BuzzFeed reports on the memo, which was titled "The Ugly." Bosworth says he wrote the memo to spark discussion and didn't really mean it.

Don't panic: A judge in California has ruled that Starbucks and other coffee sellers in the state have to carry a cancer warning, The Associated Press reports. The case stems from a non-profit's lawsuit. To put things in perspective, The AP notes that the World Health Organization agency no longer lists coffee as a "possible carginogen," and some studies say coffee has health benefits.

Vaginal jade eggs for all: Gwyneth Paltrow's Goop brand just raised $50 million in a Series C round to help it go international, The Hollywood Reporter says. The report reminds us that Goop is no longer "just a lifestyle website singing the praises of jade eggs and vaginal steamers," but a media brand.

Number of the day: 55. ABC soap "General Hospital" is celebrating its 55th anniversary, Variety writes. It debuted on April 1, 1963, in black-and-white.

Creativity pick of the day: Our ad of the day today comes not from Apple or Nike but from an independent bookstore in Dallas. As Ad Age's Ann-Christine Diaz writes, indie bookstore The Wild Detectives has "turned heroes of classic literature into heroines" to promote the store's Women Galore Festival in May. Dracula becomes Draculess, Dorian Grey becomes Doris Grey and Sherlock Holmes becomes Sherry Holmes. Read more by Diaz, and check out the campaign here.