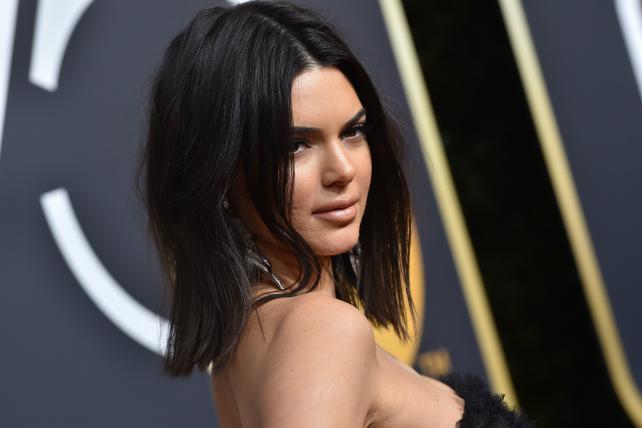 Welcome to Ad Age's Wake-Up Call, our daily roundup of advertising, marketing, media and digital news. What people are talking about today: Kendall Jenner is opening up about her infamous Pepsi ad. In a Vogue cover story, Jenner says she hid out during the controversy over the spot, which was yanked after critics said it seemed to co-opt imagery from Black Lives Matter protests. "I've been yelled at before, stepped in controversy before, but nothing to that extent," the model told Vogue. "You can never really prepare for something like that."

Goodbye
We've been expecting this, but it still stings: Toys R Us is closing its U.S. locations. As Bloomberg News reports, CEO Dave Brandon informed employees of the decision in a meeting. The retailer started the year with about 800 stores; their closure will leave the U.S. without a major toy chain, as Bloomberg points out. This is bad news for toy brands like Hasbro and Mattel too, and it's sad for everyone who grew up with the brand. But let's face it: A lot of us contributed to Toys R Us' demise. Because isn't it easier to order Legos from Amazon than to drag your kids out to toy-stuffed big box store (a surefire recipe for whining, demands, tantrums)?
Watch: The brand's holiday ad a few months back wove together retro footage from the '70s, '80s and onward, betting that parental nostalgia could ramp up holiday sales. It didn't, and it's bittersweet to watch now.

A look-ahead at the TV upfronts
As Ad Age's Anthony Crupi writes, marketers will hear a lot of boasting and "pre-scripted ballyhoo" from the networks at the TV upfronts in May. Crupi's got a reality check for you:

At present, only two scripted series are averaging 3 million adults 18 to 49 or better in live-same-day Nielsen measures, and nearly 40 percent of the 78 scripted shows that have aired since the season began are delivering fractional ratings. Put another way, they reach less than 1% of the demo most coveted by TV advertisers.

Read Crupi's whole article here to be reminded of a few other things the networks would probably rather not dwell on (such as the fact that the median primetime CBS viewer last season was 61 years old). He's also got the top 25 shows of the season so far ranked for you; "Ellen's Game of Games" deserves more credit than it's gotten.

"Fakebook"
"Facebook doesn't have value for publishers really," NBC News' Chairman Andrew Lack told reporters Wednesday. "I call them Fakebook."Jeanine Poggi writes in Ad Age that NBC News has pulled back a lot from Facebook, while investing in Snapchat. For more thoughts on publishers and their relationship with social media platforms, check out Ad Age's podcast with Troy Young, global president of digital for 130-year-old Hearst. He tells editor Brian Braiker: "I think the publishers are sick of trying to predict where Facebook goes next and what the implications will be for their business."

A mess (again)
United Airline's latest PR disaster keeps getting worse. A dog died after a flight attendant forced passengers to put the pet carrier in an overhead bin. United says the flight attendant didn't realize a dog was in it; the airline also apologized and took responsibility. As Bloomberg News reports, Senator John Kennedy has written the company's president to demand an explanation for why 18 animals died in its care last year. Actress Olivia Munn says she'll never fly United again. And now there's this, too: United just put a German Shepherd on a flight to Japan when it was supposed to be going to Kansas, CNBC reports. It's been less than a year since United's mega PR-disaster, when a passenger was wrestled out of his seat and dragged, bleeding, down the aisle. United really didn't need another scandal.

Just briefly:
So loco: Taco Bell's Nacho Fries are now "being hailed as the chain's most successful launch to date, even bigger than Doritos Locos Tacos." Read more in the Ad Age Marketer's Brief.

Gone: Chipotle Mexican Grill's chief marketing and strategy officer, Mark Crumpacker, is leaving the chain, as Ad Age's Jessica Wohl writes. He was in the news in 2016 for an arrest on cocaine possession charges.

"Have Her Back": Golin worked with The 3% Movement, SheSays and EvolveHer on a campaign to fight "unhealthy agency cultures that keep women from advancing their creative careers," as Ad Age's Lindsay Stein writes. It's called "Have Her Back."

Not gonna happen: Netflix nixed the idea of collectible patches for kids who watched certain shows, an idea it tested, Variety reports. Parents worried it would encourage binge-watching.

Reddit: Reddit, which has been slowly building up its ad business, "is rolling out new mobile ads that will mimic the look and feel of the rest of the feed," Ad Age's Garett Sloane writes.

Number of the day: WPP CEO Martin Sorrell is getting a much smaller long-term bonus this year -- it's "only" 10 million pounds ($14 million). That's down from 41.6 million pounds a year earlier, as Bloomberg News reports.

Quote of the day: "There's going to be as many strains and ways to look at marijuana as there are wine. There's the upscale ones, the 'Hermès of marijuana,' then the 'people's marijuana.'" Faith Popcorn, talking to Ad Age's Megan Graham at SXSW. Watch the video here.

Remembrances: Physicist Stephen Hawking, who died Wednesday at age 76, was an advertising pitchman on the side, as Ad Age's Alexandra Jardine writes. When he starred in a 2016 Jaguar ad shot by "The King's Speech" director Tom Hooper, he wrote on Facebook: "I have always wanted to be in a movie playing the part of a typical British villain. And now, thanks to Jaguar my wish has come true." Watch that ad, and a few others, here.