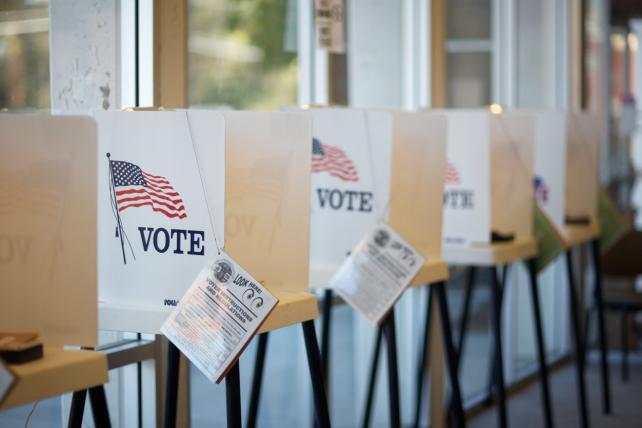 Welcome to Ad Age's Wake-Up Call, our daily roundup of advertising, marketing, media and digital news. Reminder: Ad Age Next, our conference on the future of marketing and tech, is happening Nov. 13 and 14 in New York. That's next week. You can still get tickets here.

"as the tallies grew, we scrambled to find the right words (e.g., 'astonishing' and 'unprecedented') to describe what we were seeing. Now that we're at the end of the road, perhaps 'obscene' is most apt."

Here's one indicator: Among some of the most hotly contested gubernatorial and U.S. Senate races, just 10 of them account for nearly $1 billion in spending on TV and radio, reports Dumenco. To be more precise, the figure, based on an Ad Age Datacenter analysis of data from Kantar Media/CMAG, is $967.5 million. But by the time the final numbers come in, "it's highly likely that number may have edged past the billion-dollar mark."
Spat: Donald Trump Jr., complained on Twitter that CNN didn't run a controversial ad from his father's campaign promoting Republican midterms candidates. The @CNNPR said it declined because "CNN has made it abundantly clear in its editorial coverage that this ad is racist." Read more on Slate.
Factoid of the day: Nike founder Phil Knight, the company's chair emeritus, has donated $2.5 million to Oregon's Republican gubernatorial candidate, Quartz reports. Quartz calls Knight's donation "a mystery," especially given that Nike has championed former NFL quarterback and activist Colin Kaepernick, a frequent target of criticism from the right.

Outsider-turned-insider
Michael Roth has been chairman and CEO of Interpublic Group of Cos. for well over a decade. But as Megan Graham writes in this week's Ad Age cover story about Roth, he's actually a finance guy:

"Before he started on IPG's board, Roth knew next to nothing about advertising. He'd met a few people in the ad business and 'they were all pretty cool guys ... and they did a lot of interesting things, they made a decent living. That's about the extent of what I knew,' he says."

Over the years, the finance guy turned IPG around by rethinking some givens about the holding company that owns agencies including McCann Worldgroup, FCB and UM. And in times of unsettling changes for the industry, analysts say IPG is "consistently outperforming its peers," as Graham writes. Read the full profile here.

HQ2 Where R U?
Amazon reportedly is narrowing in on locations for its second headquarters. The Wall Street Journal reports that the company has "progressed to late-stage talks on its planned second headquarters with a small handful of communities including northern Virginia's Crystal City, Dallas and New York City, people familiar with the matter said." A decision could be announced this month, The Journal says, adding that Amazon's interest in Denver, Toronto, Atlanta, Nashville and Raleigh, North Carolina, is said to have waned.

Earlier this weekend, The Washington Post reported that the online shopping giant was in advanced talks with Virginia's Crystal City, which is next to Washington, D.C. (Reminder: Amazon CEO Jeff Bezos owns The Post.) Amazon's director of economic development lashed out on Twitter at whoever leaked to The Post, writing, "stop treating the NDA you signed like a used napkin."

Most creative: This week's Ad Age list of the top 5 most creative brand ideas includes Comedy Central's spoof of ads that use celebrities to urge people to vote. It features ordinary people asking, "How will I know I should vote ... if celebrities don't tell me to?" Check out the full list by Ad Age's Ann Christine Diaz and Max Sternlicht.

Ad of the day: Remember the 2005 Carl's Jr. car-washing ad starring Paris Hilton? The uber-suggestive one where she soaps up a Bentley while clad in a revealing bathing suit? Well, Carl's Jr. doesn't do that kind of thing anymore, and now it's "poking fun at its bikini babe past," writes Ad Age's Jessica Wohl. The brand just released a spoof of the ad featuring comedian Celeste Barber. Though it kind of makes us wonder whether the spoof lead a lot of people to re-watch the original? Hmmm. Anyway, watch the new spot here.