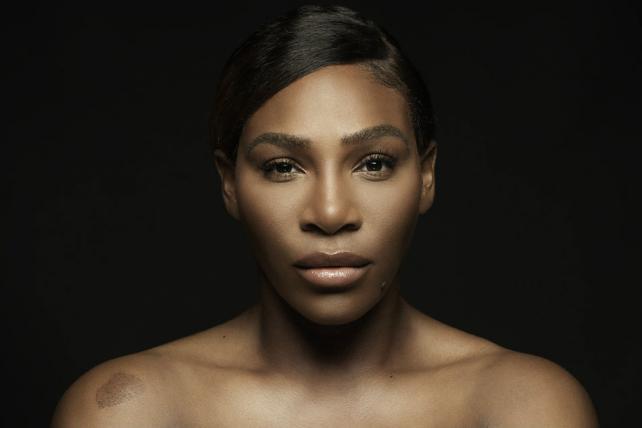 Welcome to Ad Age's Wake-Up Call, our daily roundup of advertising, marketing, media and digital news. What people are talking about today: It's Advertising Week in New York, with panels on gender equality, modern motherhood, storytelling, the midterm elections and artificial intelligence. And that's just what's happening today before 10 a.m. Look for Ad Age Editor Brian Braiker and reporters Jeanine Poggi and Megan Graham on panels today. Also, here's something worth thinking about for the next few days: "This Advertising Week, don't pat yourself on the back for solving the diversity problem" in the industry, writes Lauren Haberfield, art director at McCann Paris, in Ad Age. Her point: "We can keep inviting more and more women, people of color and of different ages to the table, but if we aren't embracing the differences their points of view bring, why bother? To back up an empty statement that your CEO made about diversity at the last Advertising Week?" Read Haberfield's full point of view here.

Digital midterms
Perhaps you caught the clip of Beto O'Rourke, Texas candidate for U.S. Senate, skateboarding in a Whataburger parking lot. If you've been following his campaign against incumbent Sen. Ted Cruz, digital ads and social media savvy might have played a role in getting you interested. As Ad Age's Garett Sloane writes, digital advertising is

"expected to total almost $2 billion by the time the 2018 midterms are done, up from just $71 million in 2014, according to ad research group Burrell Associates. … Digital savvy is no longer reserved for presidential campaigns, with candidates for state, county and city positions experimenting with online advertising."

Another change: After Russian digital interference in the 2016 presidential race, now Facebook, Google and Twitter are disclosing every political ad they sell. We have a better real-time view of what candidates are doing on digital (and so do their opponents).

Beyond billboards
During New York Fashion Week in August, some people who walked past a digital billboard got a compliment on their outfit. It was a New Balance campaign with agency VML, and it used artificial intelligence to determine whether someone was wearing clothes that stood out from the masses. Ad Age's Jeanine Poggi and George P. Slefo have an in-depth look at how technology in the out-of-home ad space is making it easier "to pull off fresh, creative feats and measure what they achieved."

'I Touch Myself'
Serena Williams can sing, too. The tennis star posted a striking video to her Instagram account: Bare-chested, hands over her breasts, she's singing "I Touch Myself" by the Divinyls. October is Breast Cancer Awareness Month, and the song is a reminder for women to check their breasts for lumps. With help from J. Walter Thompson Sydney, the song has become an anthem raising awareness about self-screening since Divinyls singer Chrissy Amphlett died of breast cancer in 2013. Williams' ad was made in partnership with Berlei, a lingerie company for which Williams is a longstanding endorser. J. Walter Thompson says it's her first time recording a song. Williams wrote on Instagram, "Yes, this put me out of my comfort zone, but I wanted to do it because it's an issue that affects all women of all colors, all around the world." Watch it here.

Just briefly:
Not so fast: California Gov. Jerry Brown signed the state's strong new net neutrality law on Sunday, but the Trump administration quickly responded with a lawsuit to try to shoot it down, Wired reports. U.S. Attorney General Jeff Sessions called California's move an "extreme and illegal state law attempting to frustrate federal policy." And the situation sets up what Wired calls "a legal showdown with the federal government over the future of the internet."

Cristiano Ronaldo: Soccer great Cristiano Ronaldo "was accused of raping a woman in Las Vegas in 2009 and then paying her $375,000 to keep it secret, according to a civil complaint filed in Nevada district court last Thursday," The Wall Street Journal reports. Ronaldo denied the reports; on Instagram, he called them "fake news." Ronaldo, who plays for Italy's Juventus, has endorsement deals with brands including Nike.

Trump and Kanye: President Trump tweeted that "Saturday Night Live" is "no longer funny" and says it lacks talent and charm. "It is just a political ad for the Dems," he wrote. But he praised Kanye West, who performed this weekend. Wearing a MAGA hat, West gave the audience a political monologue after the show wrapped.

Facebook: A European Union watchdog could fine Facebook up to $1.63 billion for the data breach that was announced Friday, "if regulators find the company violated the bloc's strict new privacy law," The Wall Street Journal writes. The breach compromised more than 50 million accounts.

No pitching: Los Angeles-based agency Stiltanen and Partners "is trying out new model in which it snubs traditional agency pitches in favor of what it's calling the 'S&P Guarantee,' a free trial of sorts to see if the agency is a good fit for a new client," Ad Age's Megan Graham writes.

Creativity pick of the day: When former U.S. President Obama visited Norway, he sat on an Ikea chair during a business forum. Agency SMFB Oslo put it with other slightly used furniture to sell in an Ikea store at a discount, as Ad Age's I-Hsien Sherwood writes. The tag noted that Obama had sat on the chair and noted its warm, welcoming and classy appearance -- "kind of like the president himself." Check it out here.