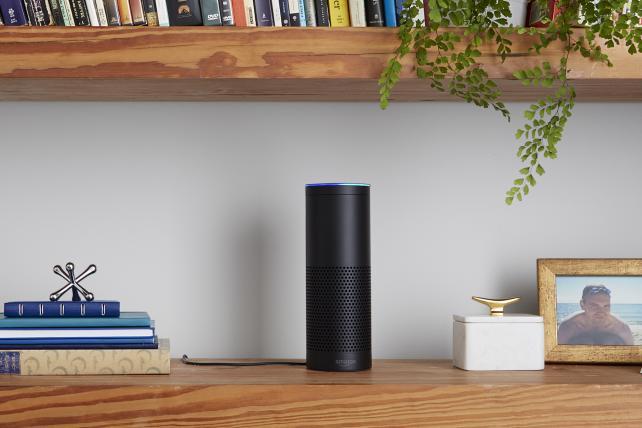 Welcome to Ad Age's Wake-Up Call, our daily roundup of advertising, marketing, media and digital-related news. You can get an audio version of this briefing on your Alexa device. Search for "Ad Age" under "Skills" in the Alexa app. Also, a friendly reminder: The extended deadline to enter Ad Age's Agency A-List is Thursday, Jan. 4 at 5 p.m. EST.

What people are talking about today
Here's some news brands have been waiting for: Amazon reportedly is talking to companies including Procter & Gamble and Clorox about delivering ads through its Alexa voice assistant, CNBC reports. For now, the report says, there's very little advertising on Amazon's Echo devices. "Some of the early discussions have centered on whether companies would pay for higher placement if a user searches for a product such as shampoo on the device, similar to how paid searches work in Google," CNBC says. Alexa ads are an area where Amazon will have to tread carefully--hyper-targeted messages might feel creepy, and too many ads could seem pushy or obtrusive. People obviously won't want reminders to reorder P&G's Tampax or Head & Shoulders when they ask Alexa about the weather.

Brand safety, part 1
YouTube star Logan Paul visited a forest in Japan known as a destination for suicides, came across a dead body hanging from a tree--and filmed it. "This is the most real vlog I've ever made. 400-plus vlogs and I've never had a more real moment than this," Paul said in a string of jarring, tone-deaf comments. After an uproar, he apologized and pulled the video. As Ad Age's Garett Sloane writes, Paul has around 15 million followers. He and his brother, Jake Paul, "command six-figure deals to put brands in their videos. Logan Paul has worked with Walmart and Dunkin Donuts, among others." Brands are chasing content creators with big youth followings, but this is another reminder that they need to be careful.

Brand safety, part 2
JPMorgan Chase temporarily pulled its ads from Google's YouTube because of concerns about what kind of content was showing up next to its brand. It has returned to the platform, but it's not trusting YouTube to ensure its brand safety. Business Insider reports that the bank "decided to take matters into its own hands and create an internal tool to make sure that its ads don't end up next to unsavory content on YouTube." Business Insider says there are 17 layers or filters involved in JPMorgan's solution. YouTube faced a few advertiser revolts this year, with brands angry to learn that their messages appeared alongside extremist videos, or content showing scantily clad kids that attracted disturbing comments. But YouTube is so big and influential that brands likely can't avoid it forever.

Oops
Diageo, whose brands include Smirnoff, Johnnie Walker, Baileys and Guinness, has halted advertising on Snapchat globally after getting scolded by the U.K.'s ad watchdog for a campaign it ran there. According to The Wall Street Journal, the company released a Captain Morgan rum campaign on Snapchat aimed at people over the legal drinking age, but "the targeting data was based on unverified age information that users supply when they register for an account." The watchdog said the company didn't do enough to stop the campaign from reaching people under age 18, the legal drinking age in the U.K. And it said the campaign -- a cartoon-like pirate lens to stick atop their photos -- was likely to appeal to minors. Diageo responded that it did everything reasonable to ensure the campaign wouldn't reach people under 18, and has suspended advertising on the platform as it evaluates age verification safeguards that Snapchat is putting into place, The Journal says. The move is a blow to Snapchat at a time when its ad revenue hasn't met expectations, and when it's trying to attract more users and brands.

New pitchmen: Actor Rob Lowe is the new face of Atkins – which doesn't want to be seen as diet food anymore, but as a lifestyle, as Ad Age's Jessica Wohl writes. And DJ Khaled is Weight Watcher's new social media ambassador.

Congrats: Hoda Kotb is the new co-anchor at "Today," replacing scandal-tainted Matt Lauer. As Ad Age's Simon Dumenco writes, "'Today' has instructed all of us to issue Twitter congratulations."

Out: Patrick Scissons is out as KBS' global chief creative officer, after a year marked by high-profile departures from the agency, Ad Age's Lindsay Stein reports.

Spotify lawsuit: The streaming music service is facing a $1.6 billion lawsuit from the publisher of Tom Petty, Neil Young and Stevie Nicks among others, Variety reports. The suit reportedly says Spotify doesn't have the correct licenses to play thousands of tracks.

Creativity pick of the day: "Black Mirror" is back for a fourth season of creepy tales about a not-so-faraway future, and its trailer is a disturbing blend of fictional snippets from the show and real news footage of President Trump, Facebook's Mark Zuckerberg, robots and riots. It's sometimes hard to tell what's fact and what's fiction. Read more by Ad Age's Alexandra Jardine, watch the trailer here and sing along to the incongruous soundtrack, Abba's cheerful "Happy New Year."