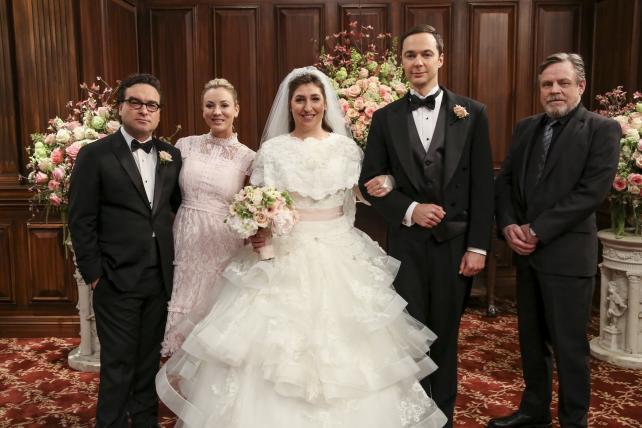 Welcome to Ad Age's Wake-Up Call, our daily roundup of advertising, marketing, media and digital news. You can get an audio version of this briefing on your Alexa device. Search for "Ad Age" under "Skills" in the Alexa app. What people are talking about today: "The Big Bang Theory" will end after its 12th season, which starts Sept. 24. The makers of the CBS hit about loveable nerds say it will have aired 279 episodes by the end, making it the longest-running multi-camera comedy in TV history, as Ad Age's Anthony Crupi writes. Also, he notes that "'Big Bang' ratings are consistently stellar, which has allowed the network to squeeze more than $1 billion out of advertisers over the life of the series." In a joint statement, Warner Bros. Television, CBS and Chuck Lorre Productions promised to "deliver a final season, and series finale, that will bring The Big Bang Theory to an epic creative close." In other words, it will go out with a bang.

Disappearing app
Apple told Facebook that one of its apps was violating the company's policies on data collection, and Facebook removed it from Apple's app store, The Wall Street Journal reports. Facebook bought the security app, Onavo Protect, in 2013. It offers users a virtual private network to browse online with more privacy, but Facebook acknowledged using Onavo data to keep tabs on how people use other apps on their phones. The Journal says "data from Onavo has helped shape Facebook's product and acquisition strategy, paving the way for its 2014 purchase of WhatsApp and push into live video in 2016, among other efforts."
What Apple says: "With the latest update to our guidelines, we made it explicitly clear that apps should not collect information about which other apps are installed on a user's device for the purposes of analytics or advertising/marketing and must make it clear what user data will be collected and how it will be used," an Apple spokesperson says, quoted by CNBC. Apple CEO Tim Cook has criticized Facebook in the past for its issues with user privacy.
What Facebook says: "We've always been clear when people download Onavo about the information that is collected and how it is used," the company says, according to CNBC.
Wait, there's more: This was not the only privacy setback for Facebook yesterday. Facebook also said it will inform 4 million users that a quiz app called myPersonality may have misused their data. Read more on Variety.
Also of note: Dan Rose, a top Facebook executive who ran the company's business development team, is leaving the company. Recode reports that Rose, who joined in 2006, "is leaving to be with his family, which moved to Hawaii from California last year."

SavePapaJohns.com
The last few days have brought news of major consequence, but spare a few moments for the latest twist in the increasingly peculiar Papa John's saga. (Here's our handy timeline, which includes founder John Schnatter saying a racial slur in a conference call, followed by the brand wiping his image off its marketing and evicting him from the headquarters.) Now, Schnatter has accused the company of trying to "silence" him, and he set up a website to communicate with his former employees and franchisees, at www.savepapajohns.com. (Read about it via Bloomberg News.) The website features a large photo of Schnatter with the caption, "I am Papa John." There's a message that shows Schnatter believes legions of fans are suffering greatly in his absence. "I can only imagine how difficult this entire situation is on you, and I'm very sorry you all have to go through this," he writes. "Know that in every minute of every day you are all in my thoughts and prayers."
A detail: When Schnatter shared his headshot earlier this month, his black button-down had a Papa John's logo on it. The new website appears to use the same photo, except the logo has vanished. Discuss.

LOL
The Ad Age Marketer's Brief contains a highly enjoyable item about Procter & Gamble: It says the company filed for trademarks on household and personal-care use of the texting acronyms LOL, WTF, NBD and FML. But don't get too excited yet (though it's certainly fun to imagine the possibilities. NBD Maxi Pads? LOL Anti-Dandruff Shampoo?) As Ad Age reports,

"FWIW, there's no indication products bearing those names exist yet, and P&G doesn't have trademark approval. The U.S. Patent and Trademark Office has sought clarifications from P&G, which has until January to respond. Precise uses remain TBD, as P&G declined to provide TMI."

Just briefly:
Trump vs. ESPN: At a rally, Trump once again criticized NFL players protesting racial injustice during the national anthem and took jabs at ESPN, Ad Age's Anthony Crupi writes. ESPN says it has generally not broadcast the anthem ahead of "Monday Night Football" and doesn't plan to change that this year, and Trump is unhappy with that decision. The president started a petition demanding that "spineless" ESPN air the song; read more about that in The Washington Post.

Enquiring minds want to know: With new details from court documents in connection with the guilty plea of President Trump's longtime lawyer, Michael Cohen, The New York Times looks at "how a tabloid and Trump's team kept scandals off the front page." The tabloid in question is The National Enquirer.

For the boys: Chanel will debut its first makeup line for men in South Korea next month; WWD says the collection includes "a tinted fluid, coming in four colors; a matte moisturizing lip balm, and four shades of eyebrow pencil." It will be sold under the name Boy de Chanel.

Listen: In the latest edition of the Ad Age Ad Lib podcast, Editor Brian Braiker talks to Terry Young, who founded Omnicom agency Sparks & Honey in 2012. The shop "was early to esports and cannabis marketing," Braiker says. "The agency is currently bullish on space—and opportunities that exist for brands there."

Creativity pick of the day: Now that a third of American farmers are women, Land O'Lakes has re-created the classic song "Old MacDonald Had a Farm" and turned it into a feminist anthem, writes Ad Age's I-Hsien Sherwood. It's called "She-I-O." It's sung by country artist Maggie Rose and written by Grammy-winning songwriter Liz Rose, and the music video features real women farmers. Check it out here.