Monday Wake-Up Call: CBS' board debates what's next for its CEO. Plus, changes at Johnson's Baby | Ad Age
Skip to main content

Monday Wake-Up Call: CBS' board debates what's next for its CEO. Plus, changes at Johnson's Baby 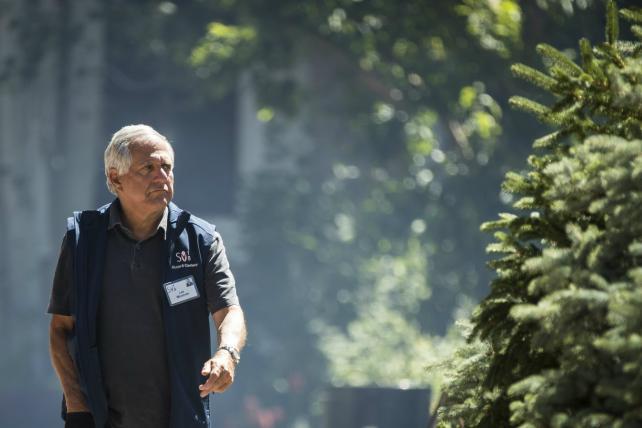 Welcome to Ad Age's Wake-Up Call, our daily roundup of advertising, marketing, media and digital news. You can get an audio version of this briefing on your Alexa device. Search for "Ad Age" under "Skills" in the Alexa app. What people are talking about today: CBS' board is reportedly set to talk today about how to handle the allegations that Chief Executive Leslie Moonves has a history of harassing women, The Wall Street Journal says. CBS is probing what happened, but some directors have discussed whether Moonves "should step aside from the company pending its investigation," according to The Journal. The New York Times, meanwhile, reports that "at least two of the board's 14 members have questioned whether Mr. Moonves should continue to run the company during an internal investigation." The board's discussion today was a regularly scheduled one and was planned before The New Yorker published an investigation about Moonves last week.
What The New Yorker says: It outlines harassment allegations against Moonves by six women from the 1980s to the late 2000s; women also said their careers suffered after rejecting the advances of one of the industry's most powerful men. Moonves says that while "there were times decades ago when I may have made some women uncomfortable by making advances," he has always understood "that 'no' means 'no.'" Read more by Jeanine Poggi in Ad Age.

More on Moonves
What CBS' ad sales chief says: Jo Ann Ross tweeted, "My experience with him on a professional and personal basis has never had any hint of the behavior this story refers to." As Jeanine Poggi notes, Ross and another female CBS exec who defended Moonves are getting some blowback on Twitter.
FWIW, what Lynda Carter says: The former "Wonder Woman" actress tweeted: "Les Moonves is a close friend. I've known him for 40 years. He is a kind, decent and honorable man. I believe him and I believe in him." (To which one commenter responded: "Just because he was nice to you doesn't mean he didn't do those things.")
Something to keep in mind: "The allegations come as CBS is at the center of a very public legal dispute with Shari Redstone and her National Amusements for control of the company," as Poggi writes.
Something else to keep in mind: Moonves, one of the highest paid CEOs in the U.S., took home total compensation of $69.3 million last year, The Wall Street Journal wrote in April.

'Choose gentle'
Johnson's Baby is trying something new with its 135-year-old brand, amid competition from natural products and a high-profile legal battle over the safety of its talcum powder. The company simplified its ingredients and rid its products of dyes and sulfates, "so the iconic gold Johnson's Baby Shampoo is no longer dyed gold, and Johnson's Baby Lotion no longer dyed pink," as Ad Age's Jack Neff writes. To go with the strategy, there's new creative from Omnicom's BBDO and independent agency VaynerMedia, featuring real families. The tagline is "Choose gentle." Alison Lewis, chief marketing officer of J&J Consumer Cos., told Neff that Johnson & Johnson had plenty of research showing its products were safe,

"but while we may have been right, the reality was that we were losing market share and share of mind. We tried to address the issues as they flared out. But now we realize we didn't react fast enough and the changes we were making were incremental."

Check out the new creative here; the ads feature real parents, including "some very big men cuddling and dancing with very tiny babies," as Neff writes.

Gaming the algorithm
The Wall Street Journal looks at tricks that Amazon sellers use to try to get their products in front of more eyeballs, and it finds that sellers are "becoming more creative, spawning an entire underground economy offering to deceive Amazon's algorithms." Click farms aren't the only way to do it. As one example cited, a blackhead remover had hundreds of strong reviews. But The Journal says that

"only the first four reviews were related to the mask—the hundreds of others mostly evaluated a battery charger. The merchant, labeled by Amazon as 'just launched,' likely co-opted an old listing with positive reviews and changed the product's image and description to fool Amazon's algorithms, according to sellers and consultants familiar with this general practice."

Amazon says such practices are only a "tiny fraction of activity." The company's ad business just logged $2.2 billion in quarterly revenue, up 132 percent. As brands spend more on the platform, sellers will want to make sure everything's legit.

Just briefly:
Trump vs. The New York Times: President Trump got into a Twitter fight with The New York Times after claiming that he had a "very good and interesting meeting" with Times publisher A.G. Sulzberger, during which they supposedly discussed "the vast amounts of Fake News being put out by the media & how that Fake News has morphed into phrase, 'Enemy of the People.' Sad!" Sulzberger retorted that he accepted the off-the-record meeting to talk to the president about his "deeply troubling anti-press rhetoric." Then Trump slammed The Times ("failing") and newspapers in general ("dying.")

'You': Trump attorney Rudy Giuliani posted a mystery tweet, the word "you," with no explanation. People filled in the blanks with lines from movies and song lyrics: Like "you … can't handle the truth." And "you … probably think this song is about you."

Meanwhile in Britain: A parliamentary committee looking at Russia's influence on foreign elections is pushing for more regulation of tech companies. And it "accused Facebook of providing 'disingenuous answers' to some questions while avoiding others 'to the point of obstruction,'" The New York Times says.

Watch this space: Chipotle's sales are starting to rebound, and soon the brand will "put a tagline on our brand that I don't think a lot of other brands could or would do," CMO Chris Brandt says. Read more by Ad Age's Jessica Wohl. (And recall that the brand wants to be a "purpose-driven lifestyle brand.")

Creativity pick of the day: DJ Khaled stars in a new Apple Music spot, along with his toddler son Asahd. It's "Look Who's Talking"-esque: Comedian Kevin Hart dubs in Asahd's voice as the tiny kid plots his own music stardom and talks on the phone to his lawyer. As Ad Age's Ann-Christine Diaz writes, the spot doubles as an ad for a new DJ Khaled single, "No Brainer," which also features Chance the Rapper, Justin Bieber and Quavo. Check it out here.