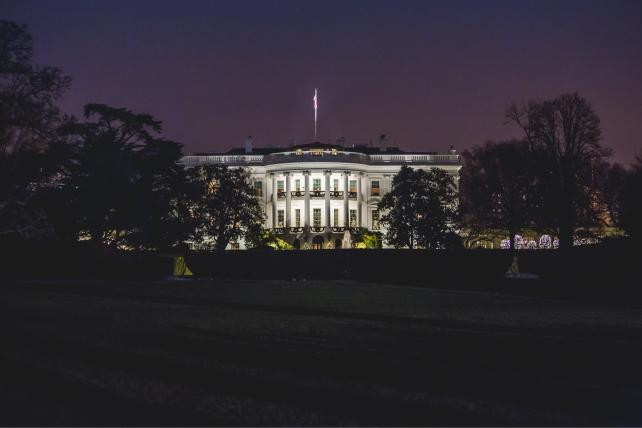 Welcome to Ad Age's Wake-Up Call, our daily roundup of advertising, marketing, media and digital news. You can get an audio version of this briefing on your Alexa device. Search for "Ad Age" under "Skills" in the Alexa app. What people are talking about today: Chance the Rapper is also a publisher now. He just bought the assets of Chicagoist, the local online news and culture publication, and he released a song to announce it. "The song kicks off with 'Fuck you, fuh-uh-uh-uh fuck you,' so if you're listening at work you might want to use headphones," Ad Age's Simon Dumenco writes. The line that contains his big reveal is: "I bought the Chicagoist just to run you racist bitches outta business." For those offended by profanity, there is also a news release in which Chance describes his intentions into staid PR-speak: "I look forward to re-launching [Chicagoist] and bringing the people of Chicago an independent media outlet focused on amplifying diverse voices and content."

A valued customer
Facebook's Mark Zuckerberg secretly called the U.S president-elect after the 2016 election and "congratulated the Trump team on its victory and successful campaign, which spent millions of dollars on advertising with Facebook," BuzzFeed News reports. (Facebook declined to comment.) The report adds that BuzzFeed

obtained company presentations and memos that show the social media giant viewed Trump's campaign as an 'innovator' of a fast-moving, test-oriented approach to marketing on Facebook.

Facebook reportedly took what it learned from the Trump campaign's election advertising and used it to polish a marketing tool called "Test, Learn, Adapt"; BuzzFeed says that's the methodology Facebook uses to assess its own advertising. One takeaway here about Zuckerberg's reported call to Trump: "Facebook is in the ads business, and ads businesses love their biggest customers," says The Interface, a newsletter from The Verge. And business is business, even if Trump and Zuckerberg's worldviews don't align.

Deja vu
Papa John's just lost another agency, IPG Mediabrands' Initiative, which resigned the business Thursday. As Ad Age's Megan Graham and Jessica Wohl report, the media agency had initially agreed to keep working with the brand after chairman John Schnatter was outed for using a racial slur -- staying on because Schnatter quickly stepped down and because the company promised a more inclusive workplace. But then Forbes published a detailed report alleging a "toxic culture" at Papa John's reaching well beyond the founder, and the agency changed its mind. In a statement to Ad Age, Initiative said new information about Papa John's "indicates broader cultural issues that run directly counter to our own values."
Other agencies to resign the account include Fallon and Olson Engage, while Laundry Service and Papa John's parted ways earlier this month after the incident that sparked the whole controversy. (Laundry Service was on a conference call with Schnatter when he used the N-word.) One agency currently on the Papa John's payroll is Powell Tate, a specialty public affairs unit of IPG's Weber Shandwick, which said Thursday evening that it is working on communications strategy for Papa John's.
Also: Papa John's seems to have a template for thanking agencies when they leave. As Graham and Wohl write, its statement thanking Initiative was "nearly identical" to the one thanking Fallon.

Not a good day
Publicis Groupe's weak quarterly earnings report sent its stock dropping 8.8 percent by Thursday's close. It weighed on other ad giants too: WPP's share price dropped about 2.9 percent in London, and Omnicom fell 1.4 percent. Earlier in the week, Omnicom had announced its own disappointing results, causing its stock to plummet. Bloomberg says Publicis' results add to the "evidence that the advertising industry is mired in a slump sparked by the shift to digital media." (Ouch.)
Publicis posted an organic revenue decline of 2.1 percent in the second quarter; as Ad Age's Megan Graham writes, "executives said Publicis has yet to see the benefits of some accounts won in the first quarter." And Publicis also said Europe's new GDPR data privacy rules were a factor, since some clients held off on campaigns during the rollout.

Not gonna happen: Comcast is putting an end to its bidding war with Walt Disney Co. for 21st Century Fox's entertainment assets. As Bloomberg News reports, Comcast will focus instead on winning Sky, the satellite service.

Too young for Facebook: Facebook and Instagram "will more proactively lock the accounts of users its moderators encounter and suspect are below the age of 13," TechCrunch says.

Out: Paramount TV President Amy Powell has been dismissed over "insensitive" comments," Bloomberg News says. Powell's successes include Netflix's "13 Reasons Why." She denies the allegations.

New role: Elizabeth Brady is the new top marketer at Allstate, Adrianne Pasquarelli writes in Ad Age. She joins from Kohler Co., the home fixtures company, and has previously worked at Publicis and BBDO.

Sign of the times: "Target's latest sale is aimed at underpaid teachers who buy their own classroom supplies," The Washington Post writes.

Number of the day: Burberry destroyed over $37 million worth of unsold clothes, accessories and perfume last year "to protect its brand," The BBC reports. But "Burberry said that the energy generated from burning its products was captured, making it environmentally friendly." (Environmentally friendly?What?)

Ad of the day: Chinese President Xi Jinping is a soccer fan and wants the country to become a soccer powerhouse. A new ad from Nike China and Wieden & Kennedy Shanghai imagines a future in which that happens. In the ad, set in 2033, "the Chinese team is the one to beat; England is devastated when drawn in their group (tissue sales go off the charts, much to the amusement of the Chinese factory where the product is made)," Ad Age's Alexandra Jardine writes. Check it out here.